From updated map software and augmented reality to lighter connectivity, there are many innovations taking place in the world of navigation and marine electronics. Let the marine electronics makers lure boaters out of their hammocks, marinas, ski resorts, and golf lodges to visit the nearest boat show and see this year's new arrivals. 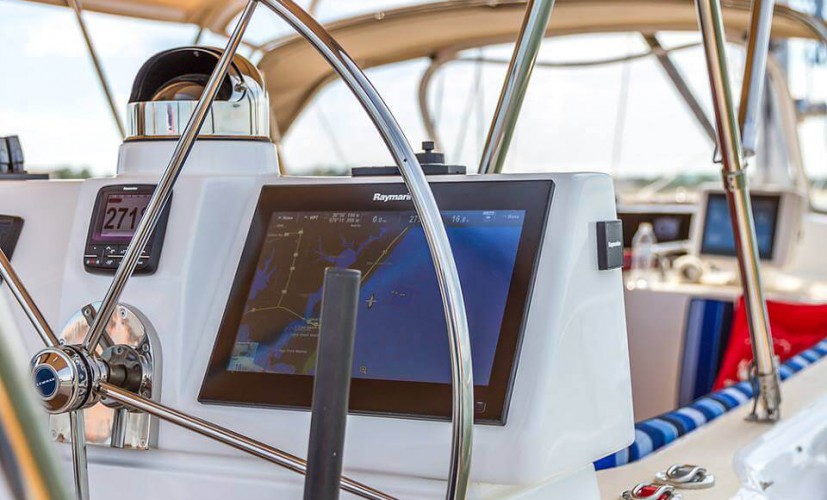 After scouting at last fall's trade shows and talking to manufacturers, it became clear that few were taking a break from innovation. I have found several compelling reasons to pull my checkbook out of my pocket for instruments that seriously enhance situational awareness at sea and give the skipper the ability to steer the boat from anywhere.

Let's start with a new one. Raymarine ClearCruise ARwhich goes to a whole new level when it comes to overall situational awareness and collision avoidance. The device is compatible with the entire line of Axiom chart plotters from the same company. The system is based on augmented reality, in fact, hence the abbreviation AR - augmented reality. And it enables the user to receive important navigation information, including with the help of video images collected in real time. 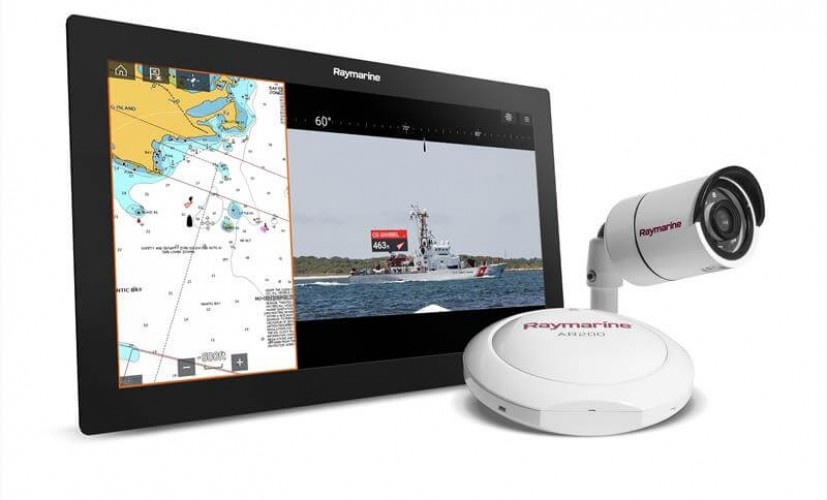 The camera feeds the video stream to the plotter Axiomwhere it is processed ClearCruise AR... For example, a ship with AISappearing in videotape is displayed with graphic markers, indicating the name of the vessel and the distance to it. The system can also identify and display navigation targets and user-supplied waypoints; All data is updated in real time - both for ships equipped with this system and for all nearby traffic. 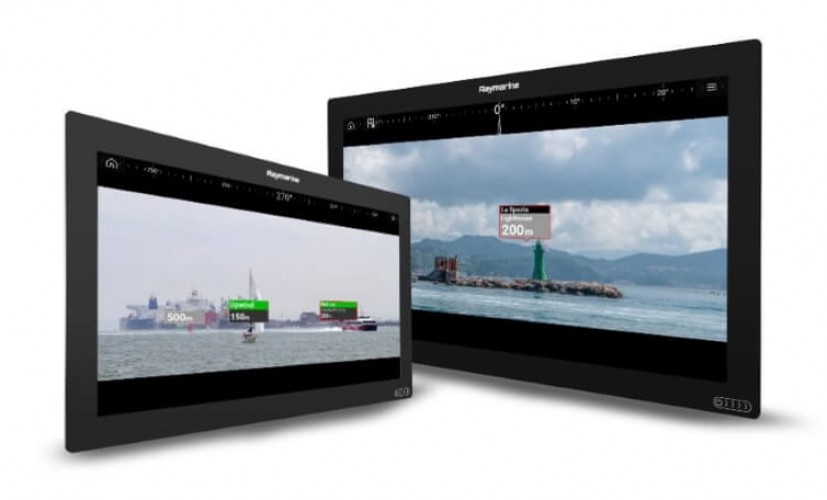 Besides that ClearCruise AR Helps boaters better identify objects that might be obscured by sails or rigging, Raymarine has further enhanced the instrument with roll correction. AR200 equipped with satellite receiver and nine-axis sensor (attitude heading reference system, AHRS - the same technology used in drones and smartphones), which constantly measures and corrects the ship's heading, pitch, roll and yaw. Videos on ClearCruise AR always displays the horizon, regardless of bank or sea state, and the labels retain their relationship to the designated targets.

Thanks to the large monitor, the user can easily operate all the data in split-screen mode, displaying the tape ClearCruise AR one side and a chart plotter with AIS and radar to the other. This allows the user to conveniently identify an approaching vessel using ClearCruise AR and then using AIS receive complete information about it on a chart plotter.

At present ClearCruise AR only compatible with Raymarine cameras CAM210IP or CAM220IP... But it looks like the company FLIR Systems, the owner of Raymarine, will gradually integrate the system with FLIR thermal imaging cameras instead of (or in conjunction with) Raymarine cameras. It is also possible that over time ClearCruise AR will be able to work with other sensors, such as Doppler radars or even video cameras from drones (users Raymarine can fly compatible drones using plotters Axiom).

Undoubtedly, Garmin Is a value in navigation, both in the production of devices and in content. At the end of 2017, the company bought Navionics, however, spent the first year after the acquisition resolving cartography conflicts Navionics and Garmin's Bluecharts... Now, with the advent of Bluechart g3, the situation has changed: the novelty combines the best of Garmin and Navionics in terms of functionality and depth data, and works on Harmin plotters. However, those who do not use Garmin, can still buy Navionix cards. All new Garmin plotters GPSMap now come with Bluechart g3 as base maps. And those who use Garmin's chart-plotters compatible with maps Garmin g2 HDwill be able to upgrade them to the third generation. Bluechart g3 also equipped with the function Auto Guidance, allowing a compatible chart plotter to automatically plot a route based on user-specified parameters such as ship type and draft.

Now let's move on to the devices themselves. New displays Garmin are a further development of the flagship series of chart plotters GPSMap 8600... They come in three sizes: 10 ", 12" and 16 ". it GPSMap 8610xvs ($2,700), GPSMap 8612xvs ($4,000) and GPSMap 8616xvs ($6,000). These are displays without buttons with a touchscreen and the ability to zoom in / out the image on the screen with your fingers, with an indicator of water resistance IPX7, connection with protocols NMEA 0183 and NMEA 2000, dual SD card slots, high-resolution screens and dimmable in strong sun for virtually any reading angle. Additionally, these plotters are equipped with a Garmin SailAssist, built-in sonar (1kW conventional sonar and 1kW chirp sonar and a smart processor capable of supporting up to 4 video streams simultaneously. HTML 5 language makes the plotter well compatible with all modern Internet applications and wireless devices. And helps the plotter control systems and devices from other manufacturers.

The company also showed the world its control panel for the autopilot (Reactor Autopilot Remote). This sleek wireless unit ($250) is capable of operating compatible Garmin autopilots from anywhere on board. Having installed it, you can simply indicate and set the device in any direction - and the ship will follow the designated course. 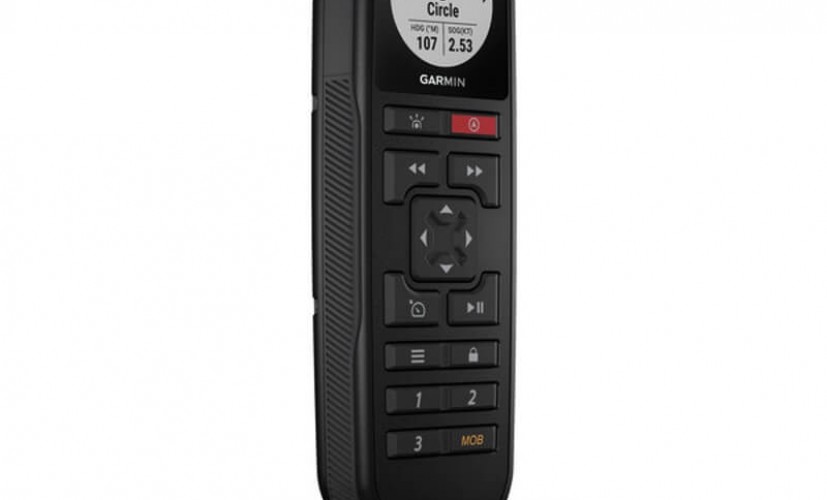 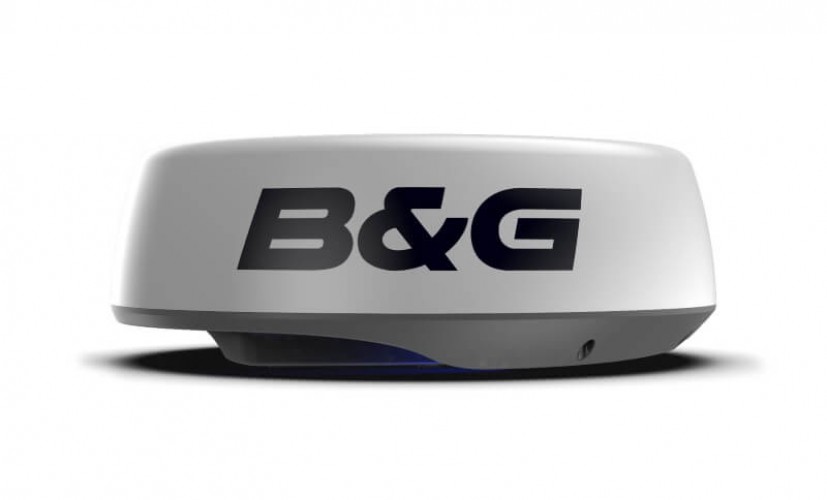 Radars Halo24 with coverage up to 48 nautical miles, capable of processing multiple ranges simultaneously, giving the user an instant dual range display (Dual Range performance)... The Doppler system automatically assigns color codes to objects, depending on the level of danger. Thus, dangerous objects are displayed on the screen in red, while safe ones are not visually accentuated. Mariners can also use a radar mini car ply  Halo24to track up to 10 user-defined objects in each range (out of a total of 20 objects MARPA, Mini-automatic radar plotting aid).

Halo24makes 60 rpm at a distance of up to 1.5 nautical miles - instead of their standard 48 rpm for bOLonger Distances - to display near real-time images of nearby objects. Finally, the device offers 4 modes: bay, offshore, weather and birds, with a later added feature to help anglers find fish. The 24 "dome boasts a lightweight design (14.9 pounds), which helps to reduce the load on the rack. 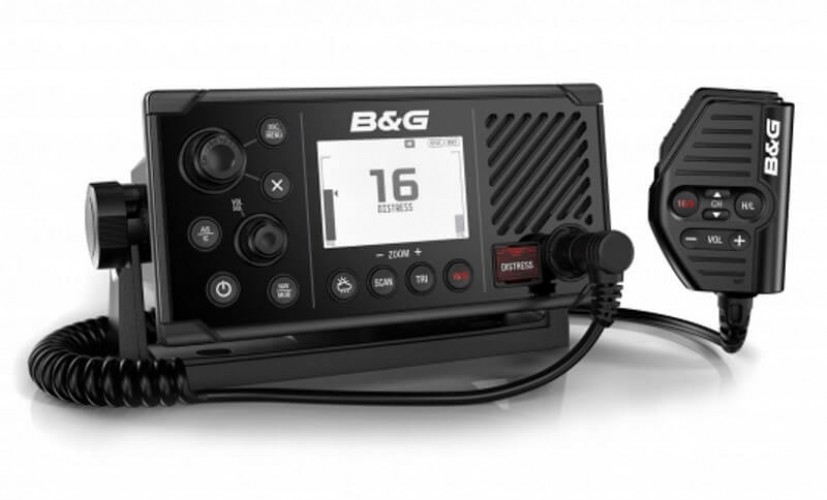 Digital yacht  came out with a solution to a problem that pretty much annoys the owners of yachts with old versions Autohelm and Raymarinewhen you need to transfer information to more modern devices. Autohelm developed a protocol SeaTalk in the 1990s, which gave its autopilots the ability to exchange data with other onboard instruments. SeaTalk used in most products Autohelm and Raymarine until 2012, when Raymarine stopped supporting this protocol. The result was this: many boats equipped with older versions have a problem connecting to modern electronics, computers and wireless devices due to the fact that Raymarine no longer makes a gateway. SeaTalk for NMEA from Digital yacht ($200) provides two-way data conversion between networks SeaTalk and device / network NMEA 0183... Two versions of such a converter have been developed: data converter ST-NMEA (USB)which connects directly to the computer via USB and ST-NMEA (ISO)allowing the gateway to connect to the wireless NMEA server Digital yacht ($200) and connect to wireless devices. 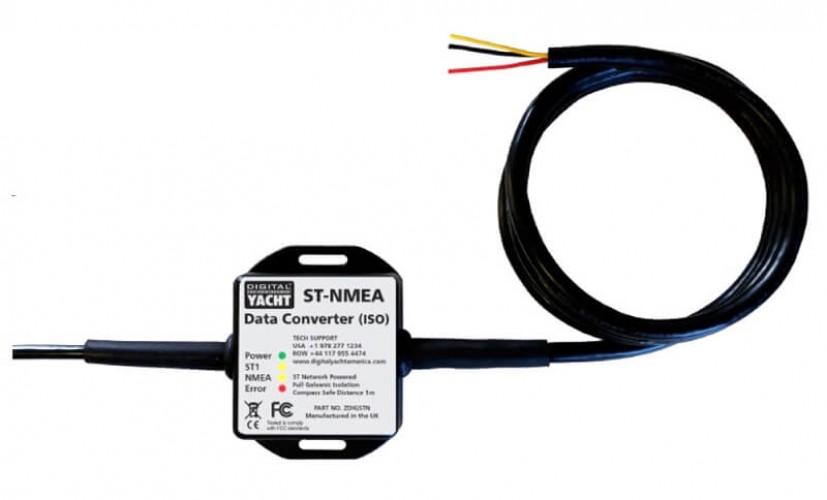 The company also released a transceiver AIT5000 Class B AIS ($1,200) that catches data AIS Class A and Class B and transmits its own navigation data Class B SO 5 watts. This expands what is received from AIS the relationship of the ship's position and speed to make sure the boat is not ahead of the displayed object. AIT5000 comes with dual NMEA 0183 and single NMEA 2000 and USB interface, built-in Wi-Fi and optional man-overboard alarm AIS... The device can work with gateways SeaTalk from Digital yacht. 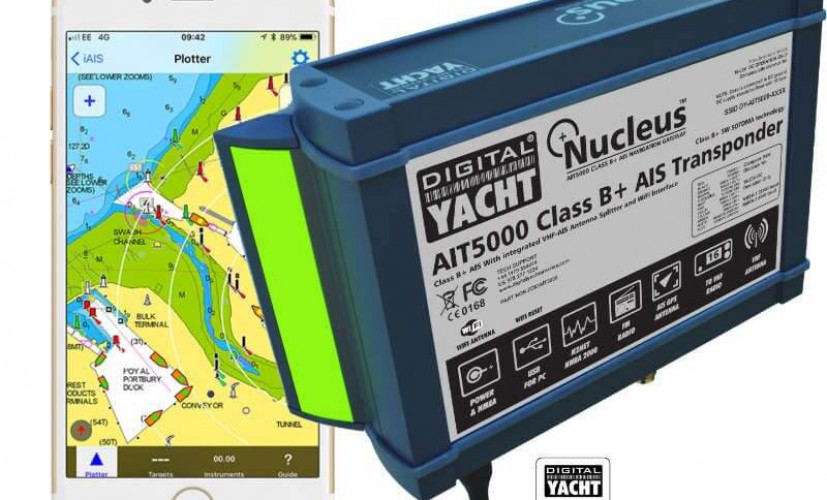 If induction and nine-axis compasses can transmit heading data to the yacht's navigation system, then the satellite compass Furuno SC33 offers a faster and more accurate alternative. Transistor SC33 ($2,600) uses two satellite receivers 30 cm apart and calculates the minimum time difference (measured in billionths of a second) between the signal received by both antennas to establish the ship's heading. The device has a three-axis high-speed gyroscope, acceleration sensors, thermometer, barometer, microprocessor that processes heading, roll and pitch data with an accuracy of 0.4 degrees plus position data with an accuracy of 10 feet. 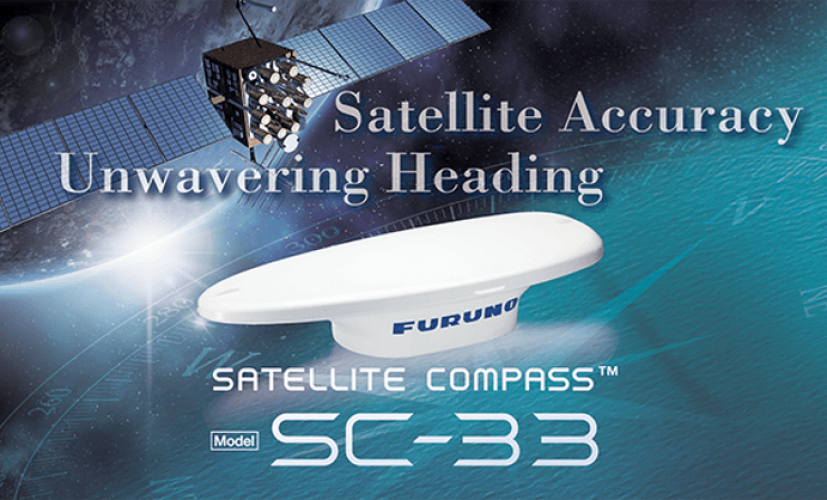 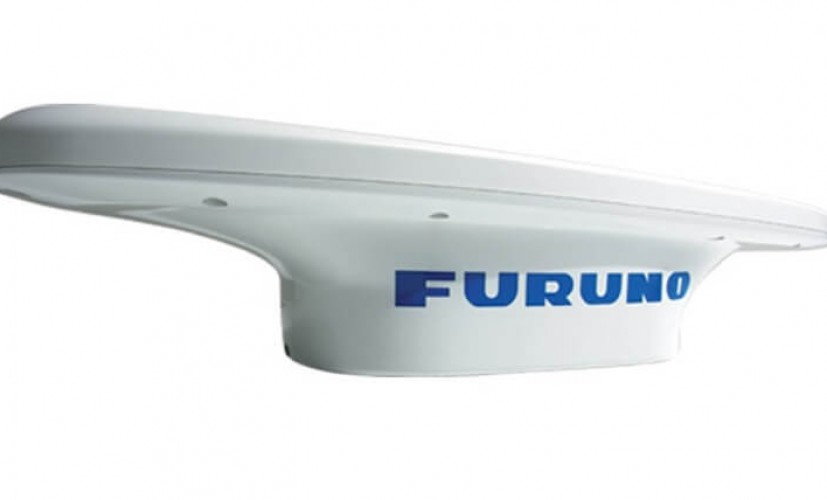 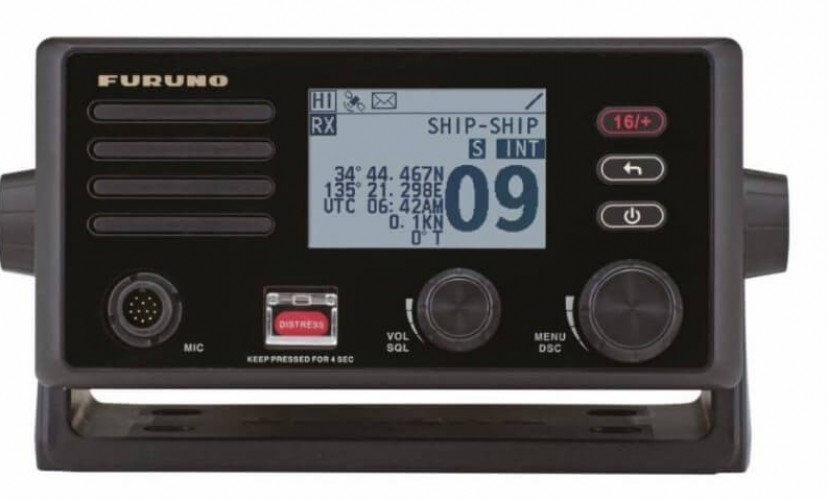 If you are looking for an easy-to-use GPS chart plotter that also combines the capabilities of AISthen new KP-39A from ONWA can be your decision. KP-39A ($340) uses a 50-channel GPS receiver, has a 7-inch color LCD and Class B AIS- ovsky transmitter. This chart plotter is compatible with NMEA 0183 and is capable of storing up to 1200 waypoints and 30 routes and comes with a pre-installed basemap ONWA K-chart and slots for external mapping C-Map Max. The plotter has a level of weatherproofing IPX5 and various alarms, including audible lateral deviation signals, AIS and anchor drift. KP-39A Supplied with external GPS antenna and 13ft cable. 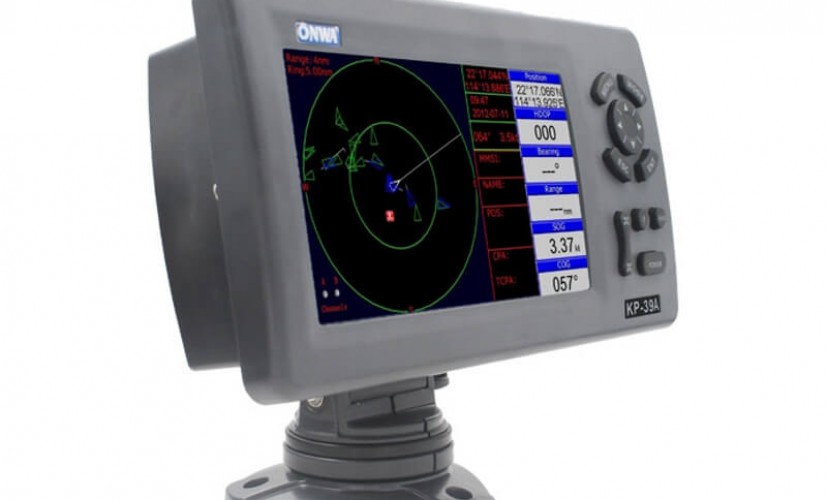 In anything other than screens when it comes to marine electronics, less is almost always better. And a portable VHF HX40 from Standard horizon  really petite. The 6-watt walkie-talkie measures 2.05 x 3.74 x 1.3 inches and weighs just 8.1 ounces (about 240 grams). The radio can float in the water thanks to the optional SHC-29 Floating Case ($15). Chips HX40 are "hot buttons" that allow the user to quickly access 10 selected channels and a lithium polymer battery that provides 14-16 hours of use between charges. Finally, backlit display and weather access NOAA. 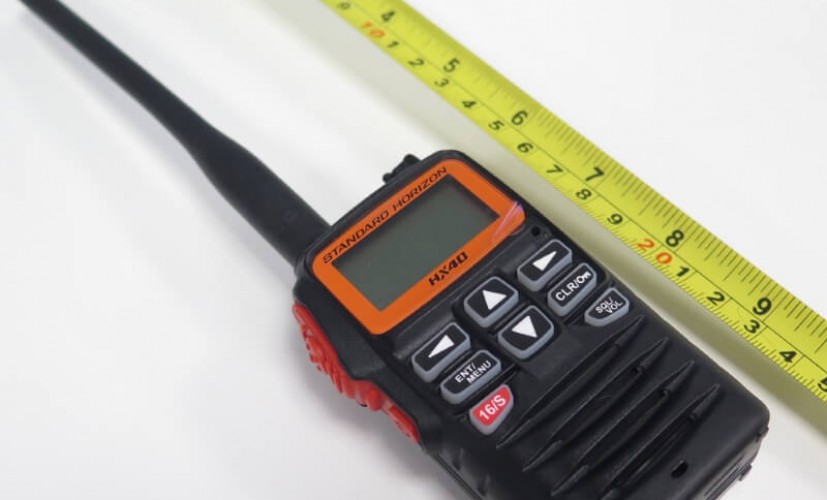 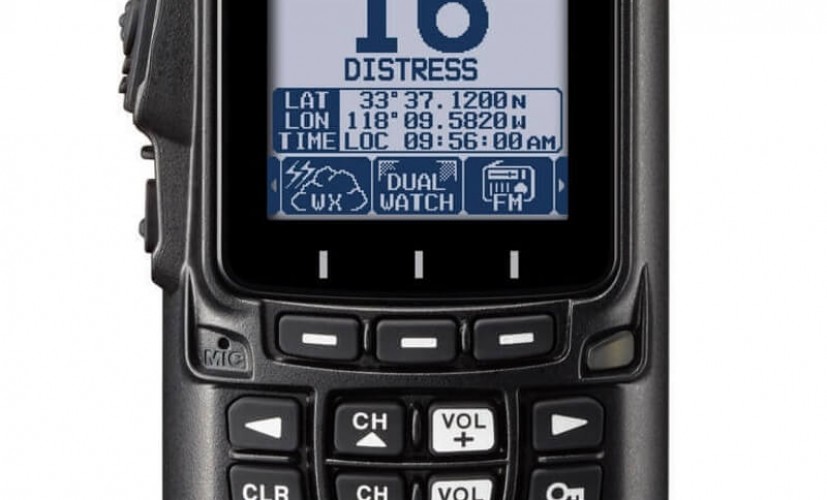 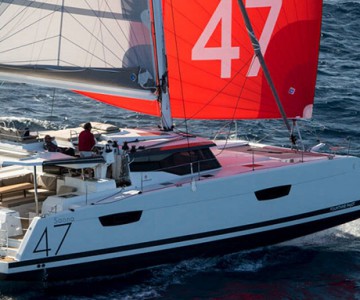 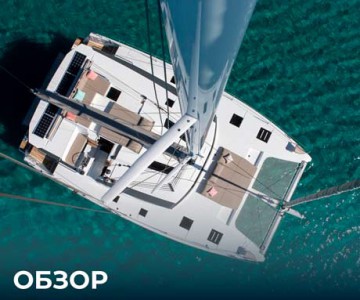 Soana 47 is one of the best catamarans on the market

How to properly store wine on a boat?

Storing wine on a boat, which is constantly on the move, is perhaps the most difficult place to store wine in the history of the world, compared to normal storage conditions, which must be considered and maintained in order to keep wine at its best.