No matter where your journey takes place, its route will certainly touch and fall into one of the categories below. Once you've decided on the type of coastline, you can easily focus on specific areas when planning future navigation. 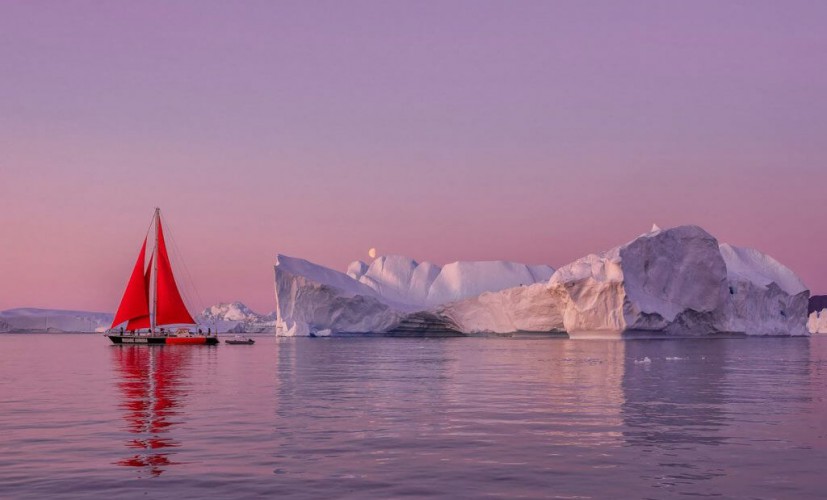 The beauty of the fjords is mesmerizing. It seems that nature itself did not spare its efforts to create such a landscape and breathtaking landscapes. But behind this beauty there are a lot of difficulties, because finding a safe anchorage in shallow water is not an easy task.

In most cases, the center line of the fjord will be clean and free of hazards. And speaking exaggeratedly, choose a place “just in the middle”.

You can also resort to using a visual assessment of the situation. To some extent, this makes navigation easier, and without it, nowhere, especially if the echo sounder reaches a depth of more than 150 m, begins to malfunction, showing a not entirely satisfactory picture.

Because Finding shelter in shallow water is the most difficult part of the hike, and you must have at least 80 meters of anchor chain on board. Which, of course, will be completely etched away immediately. But knowing the coastline will help.

When looking for anchorage, look for lowlands from which rivers could wash out silt. Also in many Icelandic fjords there are shallows, with deposits of moraine (a type of glacial gravel) that have washed up a spit behind which you can usually find shallow and sheltered water. 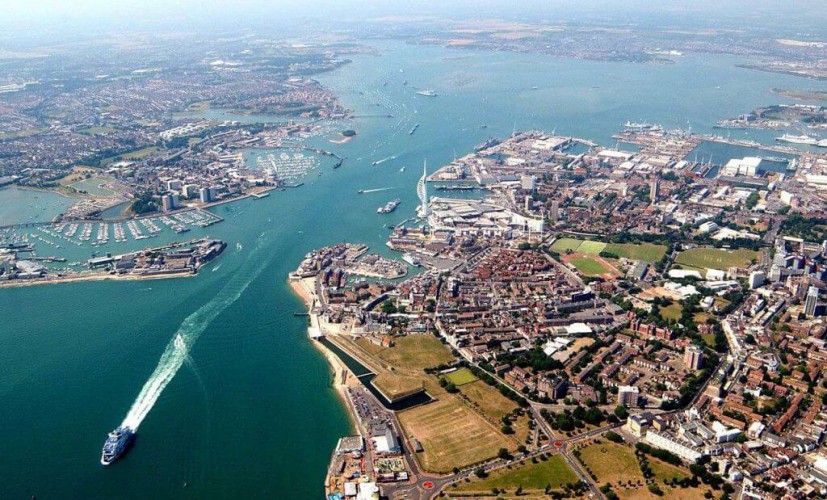 And although when you hear the word "Ria" in your head, an association with Spain arises, the UK also has several of its own: Falmouth, Salcombe, Portsmouth, etc.

Rias (Ria) are flooded river valleys that are truly some of the best cruising destinations in the world.

We want to warn you right away: beware of isolated rocky rocks and muddy shores.

Scottish Lakes, Portsmouth, Falmouth, Galicia and New England are dominated by rias. They are great for cruising because are deep, protected natural bays with muddy bottoms, which is a big plus for anchoring.

The source of the river can be clearly traced on the map, forming a fairly deep channel within the rias, but it may be practically invisible to us on deck.

An inexperienced sailor can fall into this trap. The ria may look wide enough, but most of it will be shallow. Hazards to watch out for are outcrops, steep mudflats on both sides of the river bed, and meandering channels within open water.

The beauty of rias is that you can put your skills to work: bottom contouring will help define the channel, the surroundings are usually visible enough for visual navigation, you can explore the landscape to identify rocks or shoals, and steep or smooth slopes. 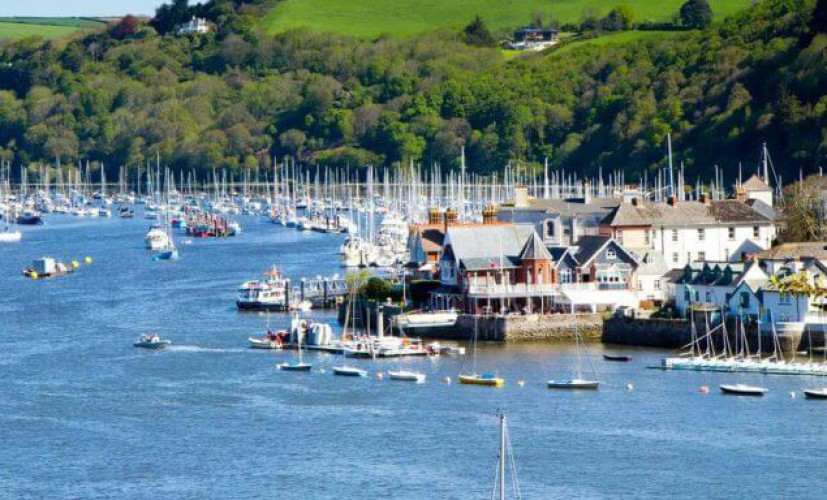 As the river gradually narrows, with distance from the mouth, an area of sediment appears on the muddy banks, which can eventually fall into the channel.

Most of the world's major ports are located upstream. And since shipping is quite developed, you need to be as careful as possible, and follow not only the echo sounder, but also the active movement of ships.

Unlike fjords, where the deepest is usually in the middle, the meandering river is less predictable. Deep water is more common at the outer bend, and shallow water extends just where the current is weaker.

According to Rule No. 9 of COLREGs-72: b. A vessel of less than 20 m in length or a sailing vessel shall not impede the movement of a vessel that can only navigate safely within a narrow passage or fairway.

In other words, most yachts must keep their distance and not interfere with the passage of large vessels. Indeed, in the narrows, the movement will be as constrained as possible. Therefore, it is best to choose the wider part of the river for divergence.

On river stretches with few navaids, look at the slope of the banks to determine the shape of the river bottom. The steepness of the coast is usually related to the steepness under water.

Of course, it is easier to walk in low water, because most of the hazards are visible on the surface of the water. 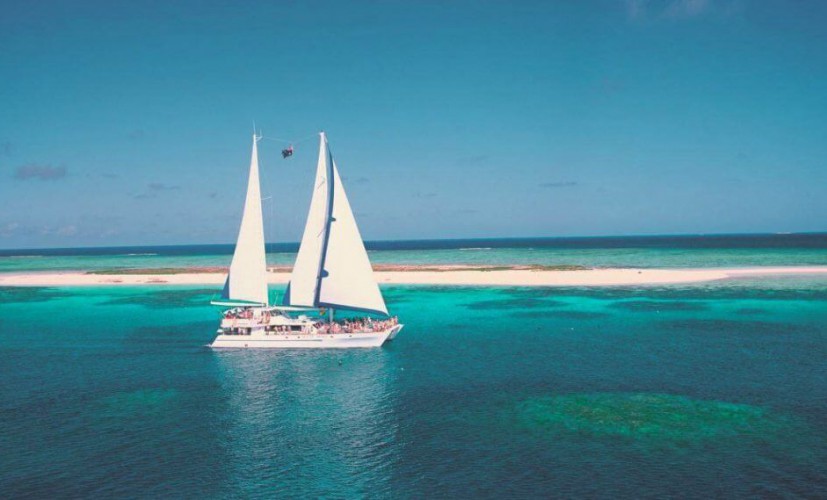 On the northern coast of Holland and Germany, there is a shallow inland sea called the Wadden Sea, which lies beyond the Frisian Islands, a protective strip of sand dunes.

Formed by waves over thousands of years, they are a type of coastline known as Barrier Islands. These ever-changing coasts can be found all over the world.

They usually form in areas with an intertidal zone of 1–2 m. Although this range is small, ebb and flow can nevertheless occur between islands. Strong currents create muddy labyrinths behind the shallow water, which can be traversed by yachts only during high tides.

But you should not rely on a visual assessment of the area. Because the islands themselves will lie low with no visible signs. And due to the turbidity of the water, the bottom will also be poorly visible.

Many deep canals have buoys. As a last resort, you can navigate by the bushes sticking out of the water. :) This will help determine the approximate depth.

If you are unsure which side of the channel you are on, slightly turn the bow of the boat to see what your sounder thinks. If something is wrong, he will immediately give you a signal.

Important! It is necessary to use freshly updated versions of maps. Since navigable channels can often change their position.

Even if you decide to sail close to the main ports, on the approach to which the bottom is usually well cleared and periodically deepened, still wait for the tide and make sure that your yacht is able to withstand a keel blow, as this is almost inevitable!

Visual orientation is possible only on clear water, as, for example, on the River Erm, in the south of Devon, South West England. But that won't work in the silty waters of the East Coast.

When the river goes beyond its banks and flows into the sea, it turns into an estuary, where its sedimentary deposits form sandy and silt shallows.

At first glance, estuaries may appear similar to the island's barrier coastlines, but in reality they are the opposite. Barrier islands are like a tree: you move forward, as if along its trunk between the islands, and then the waterways become more fragmented and twisting, resembling branches.

The estuaries, in contrast to the seas, are mostly sandy.

In intertidal areas, cross-currents can occur through gaps in sandbanks, so use any opportunity to observe with static objects.

And again returning to attempts at visual navigation. Here it is also useless. On the outskirts of the delta of a large river, tracts of low-lying lands prevail, so there is nothing to see around except for fifty shades of beige.

Therefore, for a safe approach, you only need a close look at the sounder and preferably a familiar route.

It is often easier to navigate on a well-lit estuary at night. The flickering lights of the buoys and buoys are easy to see and are easier to shoot than during the day, so there is less chance of confusion. 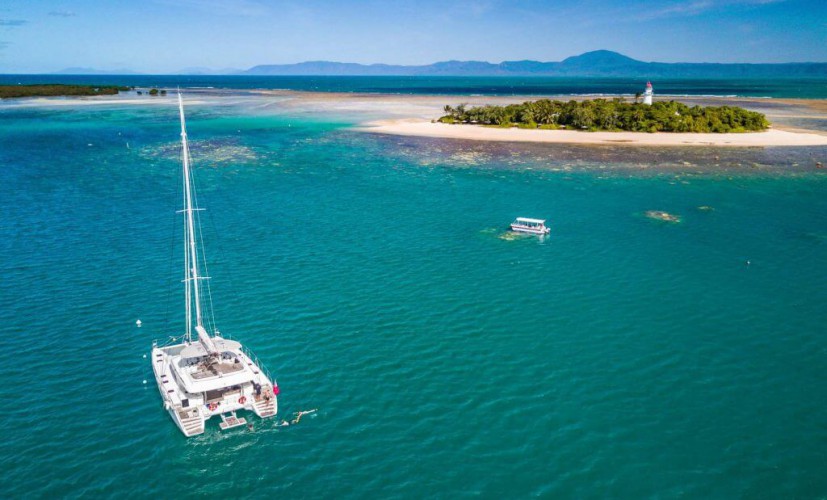 Crystal clear waters, palm-fringed shores and water temperatures in excess of 20 ° C are the paradise sailing regions we all dream of. But despite its attractiveness, this paradise is not without its difficulties.

Corals form a barrier reef around many islands, which requires a very long negotiation before you can safely drop anchor.

GPS is only useful if you have an accurate plan. In many of these areas, the cartographic data is outdated, incomplete, or simply not detailed enough.

In clear water with a sandy bottom, you can determine the depth by its color: the deeper, the darker the shade.

Train your eye. Learn to distinguish the color of the water at a known depth so you can anchor with confidence at a critical moment.

Coral itself is quite dangerous: it gives an absolutely uneven bottom, grows up to 10 cm in height in a year and can be equal to concrete in terms of hardness and sensations if you hook it.

But with sunrise and a good pair of polarized sunglasses, you can easily see the tops of the corals in calm waters, especially if you put on the nose of a crew member wearing those same goggles.

Plan your approaches when there is a light shore breeze and when the water surface is smoother. Make sure you have agreed with the team in advance on a set of gestures so that your observer points to danger or shows you the direction of travel? This is a significant difference! 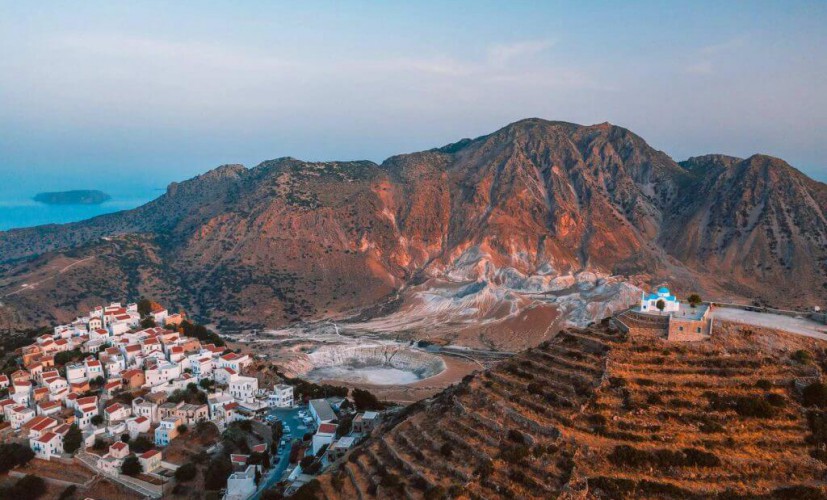 From the Faroe Islands to the Azores, from Hawaii to the Canary Islands. Volcanic islands are scattered throughout the ocean, and the world's sailing routes run through them.

Their shores are generally steep, with steep slopes, often with towering vertical cliffs and fringed with stripes of black beaches.

Due to the small number of natural entrances, navigation is mainly limited to artificial bays where eruption protection is difficult to find.

In fact, with a rapidly growing wave near many islands in the North Atlantic, you are more vulnerable on the approach to or near a bay than at sea.

Stay away if there is any activity near the coastline and if there is no wide entrance at the entrance to the bay. The likelihood that you can easily and easily jump into it is rather small.

To protect yourself during coasting, lay the spring in to relieve some of the stress from the mooring lines. After all, even in good weather, excitement can bring a lot of inconvenience. Starting from pitching and jerking, and ending with an irritating creak of ropes. 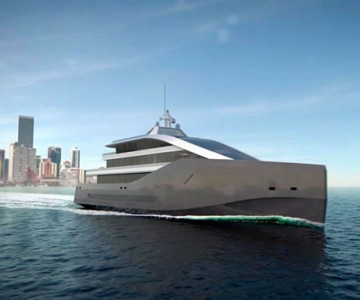 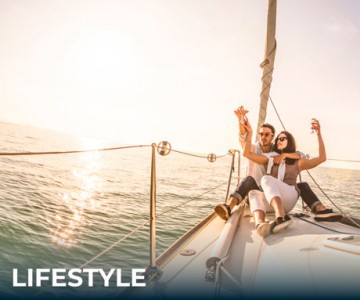 HOW NOT TO DIE OF HUNGER AND PREPARE FOR A LONG TRANSITION. PART 2

The first part of this material came out just the other day! Today we continue with the caterer theme and present 10 more tips to make your sailing experience easier. 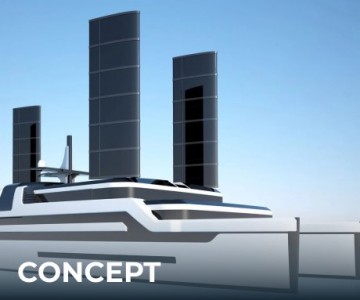 The German studio Beiderbeck Designs has presented the concept of a new hybrid sailing catamaran, the length of which will be 105 meters.