Catamarans are one of our weaknesses! Especially when it is a new, high-tech and sailing boat. Interparus could not pass by the novelty, which is about to see the light of day. So, meet HH88!

HH88 is a 27-meter sailing catamaran. The first hull of the HH88 is currently in the final stages of construction at a shipyard in China. The idea and design of the kata belongs to the Californian designers Morrelli & Melvin. 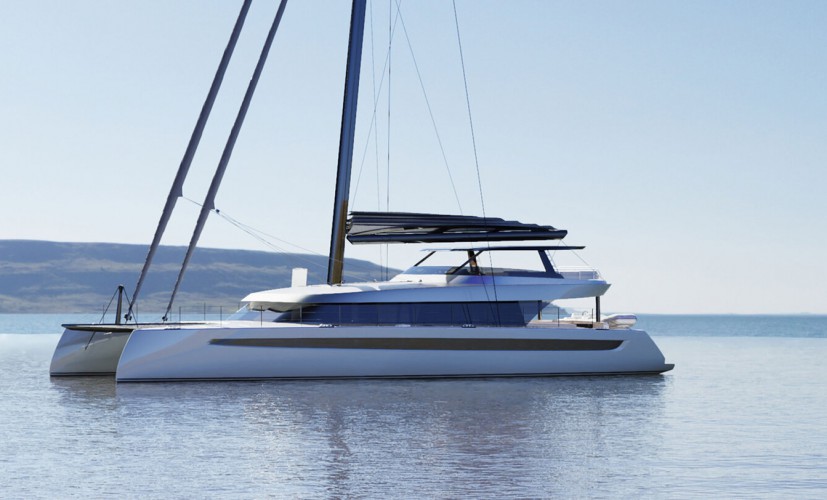 The catamaran was announced a long time ago, but it is in 2022 that it should be launched and put into operation. The HH88 will be the first and only model in the lineup. This is a trial run that should give rise to large-scale production of this type of kat.

In the future, it is planned to name the models HH8801 (where 01 is the serial number of the produced catamaran). So what is so ambitious about this sailboat?

HH describes the HH88 as the largest full carbon cruising catamaran. The use of carbon in such a project indicates that the boom in carbon fiber hulls will only increase in the coming years. Of the advantages of the carbon body - lightness and strength. 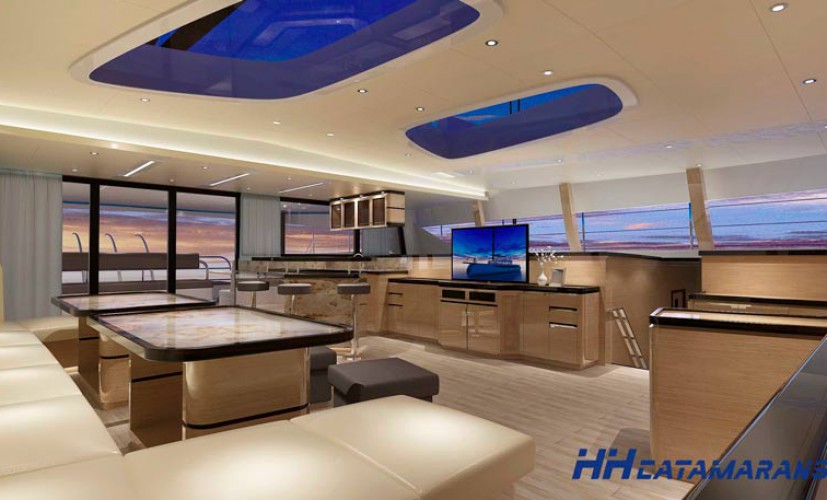 In addition to the carbon body, the HH88 also boasts capacity. Cat can host up to 10 guests in 4 en-suite cabins. There can also be 4 crew members on board who will be servicing the impressive kat.

If there is not enough green energy capacity, then generators will come to the rescue. There are two of them on board, each with 24 kW. For future models, the company is considering the introduction of hybrid power technologies. 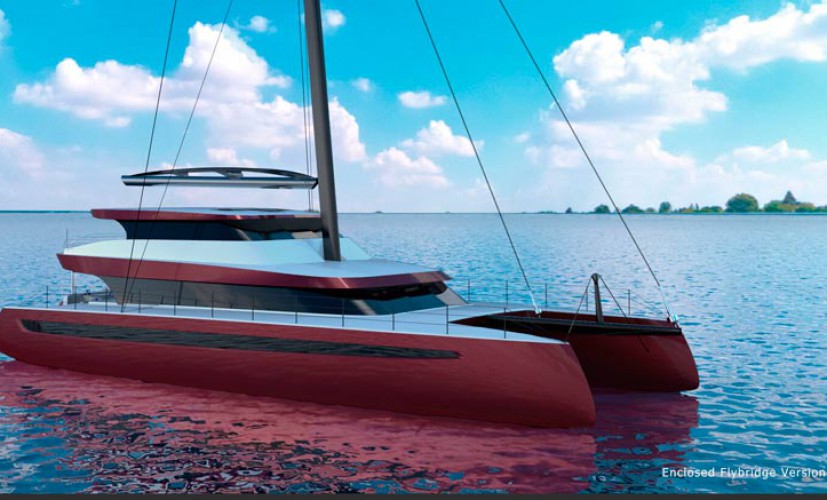 According to preliminary tests, thanks to the power of the engines and sails, the HH88 will be able to reach speeds in excess of 25 knots. If the cat moves only under the motor, then the output will be 18 knots.

The first hull is already painted in a catchy crimson color. Among the features of deck equipment is a fully air-conditioned flybridge. Through it you can get directly into the saloon or go out to the deck. 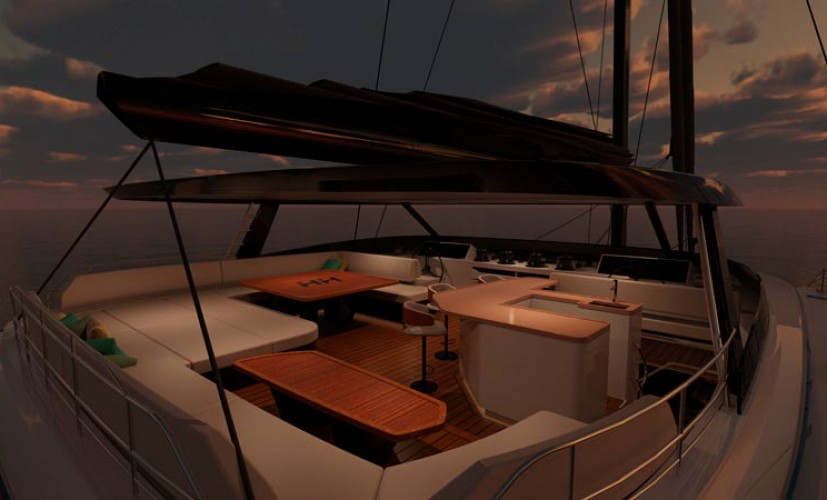 The HH88 also has a jacuzzi and each cabin, as mentioned above, is equipped with its own shared bathroom. Granite, carbon fiber and solid walnut were used in the interior decoration. Among the interesting features of the interior is the beautiful illumination of granite surfaces.

Liked the review? Rate it! Also, don't forget to check out other interesting materials on our website using the links below! 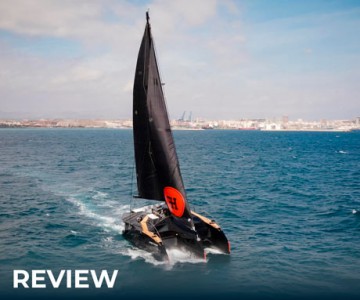 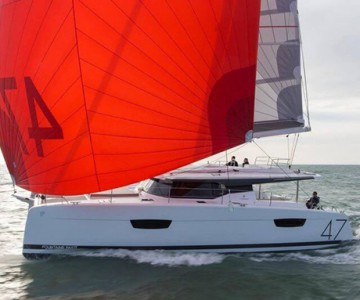 Fountaine Pajot Saona 47: A New Name for a New Star

The new catamaran Fountaine Pajot N47 was given a Name! And this is Saona 47. It sounds soft and languid. The catamaran received this name in honor of the eponymous island of Saona, the largest island of the Dominican Republic in the Caribbean Sea. Heavenly, blissful ... It was not for nothing that Fountaine Pajot chose it. 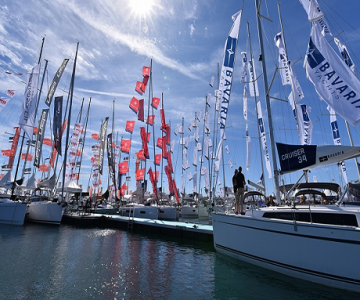 International yachting will not return to Cannes

There has been no official announcement yet, but many sources confirm that the 2020 Cannes Yacht Festival will not take place. The reason is the same - the coronavirus. Another blow of infection to the yachting industry.