Jimmy Cornell announces his new catamaran, which he plans to sail around the world without fossil fuels

About a year ago, Jimmy Cornell, thinking that soon his age would not allow him to maintain the same activity, decided to do something special, and at the same time relevant.

This is how the idea of a round-the-world trip was born along the route of the first circumnavigation, made 500 years ago. 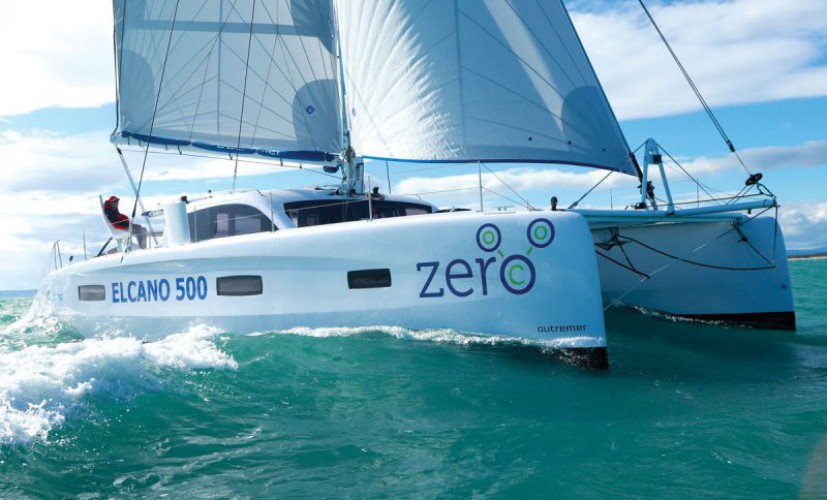 For the implementation of this project, the Outremer 45 catamaran was chosen, on the basis of which the Aventura Zero was made. Jimmy believed that a cruising catamaran would be fast sailing and could generate electricity on its own; it also has sufficient area to house several solar panels.

The very first sailing made Jimmy Cornell happy with the speed of the catamaran. 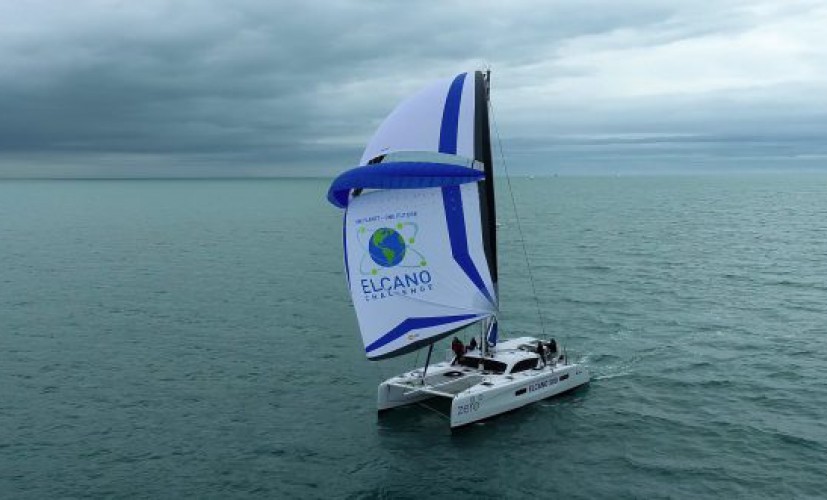 With a simpler deck layout and the undeniable advantage of a rotating mast, Jimmy and his crew were able to take the reef in less than 15 minutes.

With full Solent and mainsail, the mast turned 28 ° and the leeward dagger board sank down as the Aventura dived forward at 9.5 knots with an apparent wind angle of 36 ° (true wind angle 42 °) and 17 knots true. It turned out to be the ultimate dream for Jimmy Cornell.

All about power supply

The Aventura has two different propellers. On the starboard side, Oceanvolt's variable pitch ServoProp propellers are very efficient in generating electricity. The Gori collapsible propeller on the port side is less efficient at generating power, but more efficient in propulsion and also more reliable in the event of a collision. 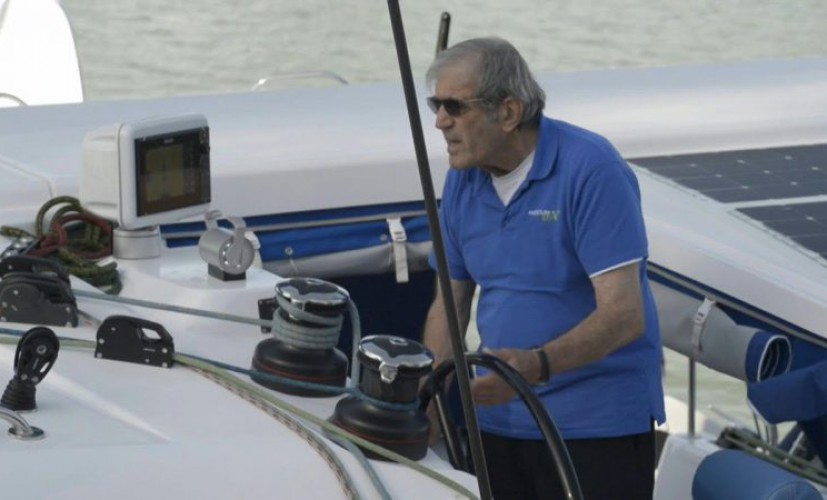 As the speed doubled, ServoProp charged over 2kW of batteries, which exceeded Jimmy Cornell's wildest expectations ... until the Aventura caught the wave, started accelerating when the speed climbed to over 14 knots and the number on the block shot up to 6. 9 kW!

The test also confirmed that the Gori propeller was much more efficient on the move, consuming less than half the power at the same RPM as the ServoProp, while the latter produced, on average, four times more power in regeneration than the Gori.

A key feature of the Oceanvolt plant is its remote monitoring and control system. The entire Oceanvolt installation at Aventura Zero can be monitored in real time via the Internet. Thanks to this technology, Oceanvolt engineers can diagnose and fix potential problems remotely from their base in Finland. 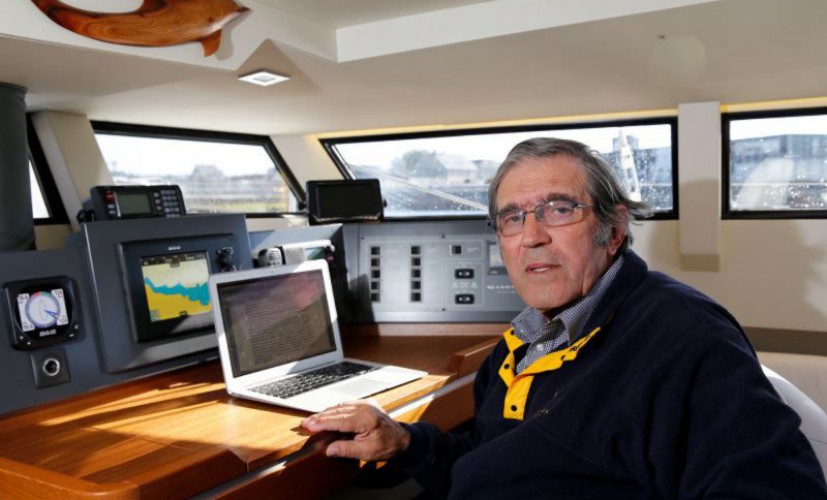 Using the remote interface, you can monitor the total power consumption and battery charging by hydro generators or solar panels.

One of Jimmy Cornell's favorite sails is the Parasailor, a special design spinnaker invented by Hartmut Schadlich, usually little used or even known among many catamaran owners.

The wind blowing between 5 and 10 knots created the ideal conditions for Jimmy to try to convince a hesitant audience - Outremer sales manager Mathieu Rougvin-Baville and delivery skipper Julien Calvet in the excellent qualities of this sail.

The 210sqm sail played its part to perfection, staying full and stable in such light winds and exceeding expectations when the Aventura moved at 6 knots in a real wind of just over 7 knots.

Jimmy Cornell's crew members, US charter professionals Conor Dugan and Taylor Esposito, as well as Michalis Zacharias, a seasoned Greek sailor, witnessed Aventura's high performance, which they said was "as if awakened in heaven." 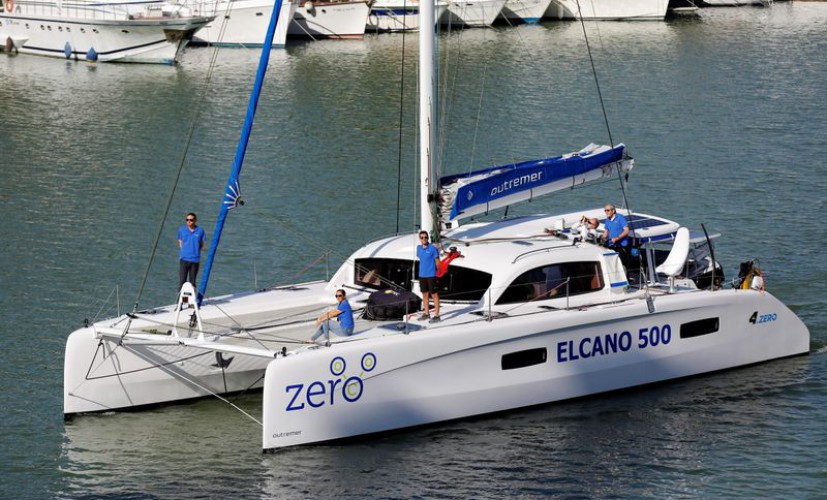 Aside from its outstanding performance, the Aventura Zero also promises to be a cozy home.

Although, of course, it will be necessary to monitor the consumption of electricity by such "hungry" items as a stove, bread maker, oven, water heater, which operate at 220V.

The main energy storage is provided by two batteries with a capacity of 28 kW / h each. The service battery, which supplies 12V to electric winches and toilets, lighting and various pumps, is constantly recharged from these banks. 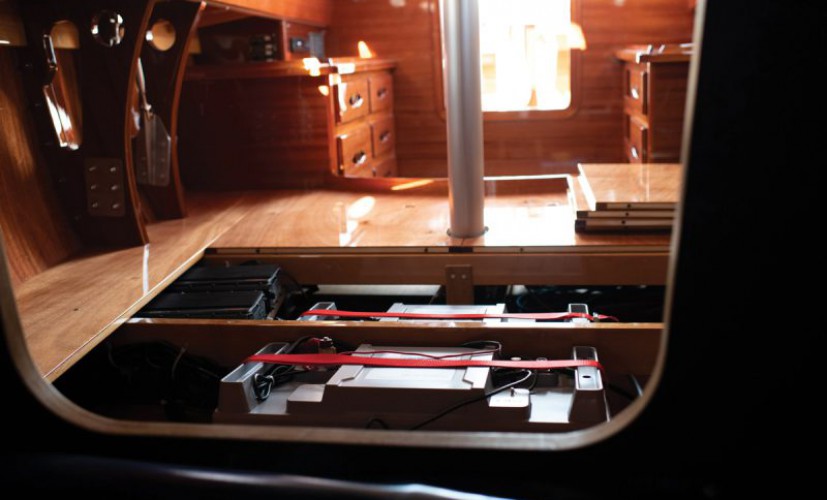 Since both batteries are continuously recharged by solar panels with a total capacity of 1300 watts, it makes sense to cook in the middle of the day, when their performance is approximately equal to consumption.

For long crossings, keeping food fresh is a top priority. The two fridge-freezers on the Aventura Zero have a drawer mechanism that is much more efficient than the domestic-style front-opening refrigerators used on many yachts today.

When it comes to navigation, B&G Zeus3 is the heart of a comprehensive system that also includes a working autopilot and backup. The latter has its own triton display, GPS and wireless wind sensor, and is part of an emergency circuit completely shielded from the rest of the yacht. It also has its own Sail-Gen battery and hydrogenerator.

Satellite communications will be provided by Iridium Certus, the fastest L-band maritime service.

Later, OSCAR was added to the range of electronics - an anti-collision device that detects floating objects at a distance of 500 m in front, be it small boats, whales, containers or any other floating equipment that could be dangerous. It significantly improves safety both day and night and is the first navigation system based on artificial vision and intelligence. This device is currently used on some Vendée Globe yachts. 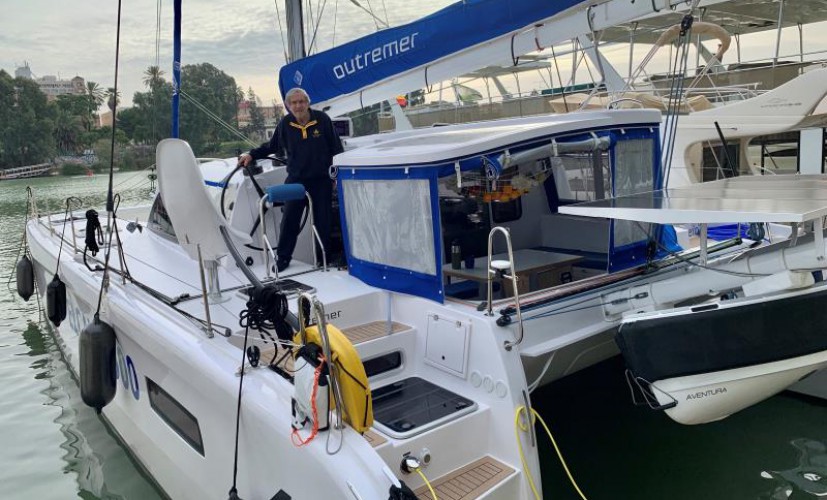 While the above project of Jimmy Cornell is being prepared for implementation.

read also:
Why is it worth updating yacht electrical equipment now
read also:
Jimmy Cornell's perspective on the key characteristics of yachts 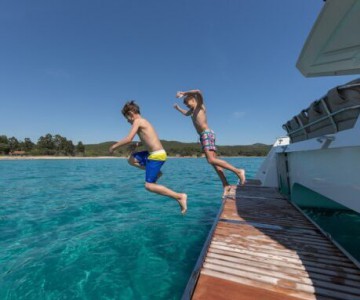 Yachting with children: 7-day itinerary across the Croatian islands

Are you going on a yacht vacation with your kids? It's simple and fun! For such a case, we have prepared recommendations for a sailing yacht cruise to Croatia, with a detailed daily itinerary and suggestions for parking and rest. 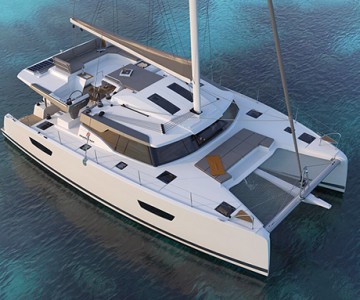 We are pleased to present to you the new cruising catamaran Fountaine Pajot New 45, which was announced today, September 11 at the Cannes Yachting Festival 2018. 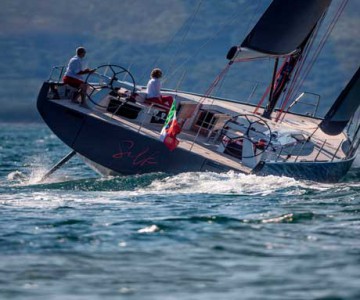 For one and all - the world boom of sailing races

There is now something of a racing boom all over the world: six new professional competitions that will make sailing affordable.