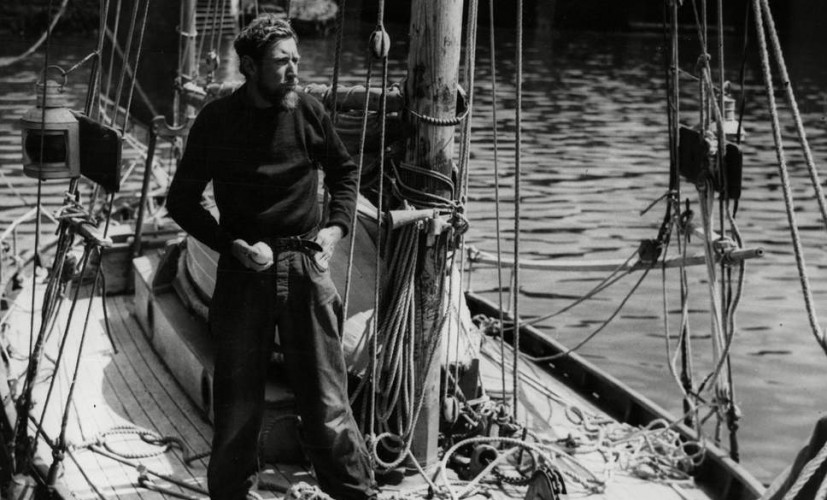 Alcard's two-stage voyage ended in Plymouth, England on July 13, 1951, making him the first person to cross the Atlantic alone in both directions. However, having lived at sea for over seven decades, Edward Alcard surpassed his Atlantic expedition by a solo round-the-world voyage.

His leisurely 16-year journey included a 12-month exploration of the treacherous waters near Patagonia, South America, meeting the woman who became his wife, and giving birth to his second daughter. 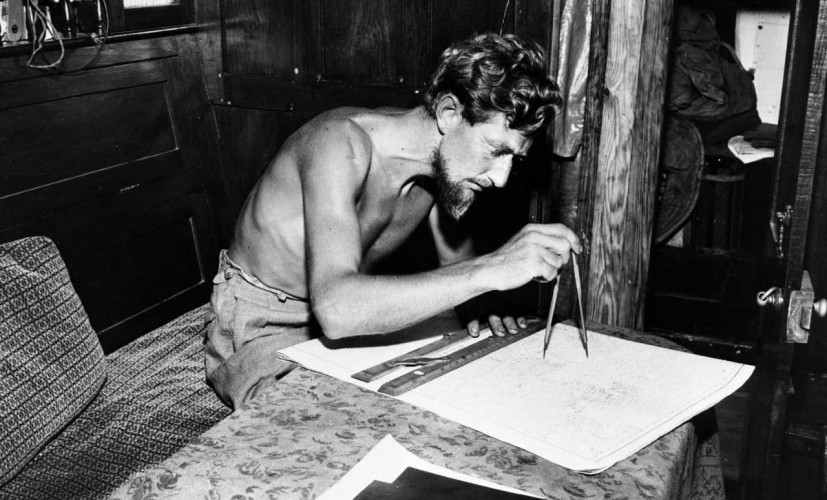 Edward Cecil Alcard was born on October 31, 1914 in a suburb of London in Walton-on-thames... His father was a stockbroker and collegiate rower, and his grandfather encouraged his early interest in yachting, eventually giving him his first boat.

Edward Alcardwho once described yachting as "Practical religion", was 6 years old when he learned to sail a yacht, and when he was only 23 years old, his first boat sank off the coast Irelandleaving him no choice but to swim to the shore. Both on this and on his subsequent travels, he did not have a life raft or a radio receiver to call for help.

"When I was young, I liked the long travels alone around the country, and when you go sailing, you take your home with you," Alcard once told a London newspaper Sunday express.

He graduated Eton and worked as a naval architect in Scotlanddeveloping air-sea rescue ships during World War II. Poor eyesight prevented him from serving in the army, but it could not keep him from becoming a captain. 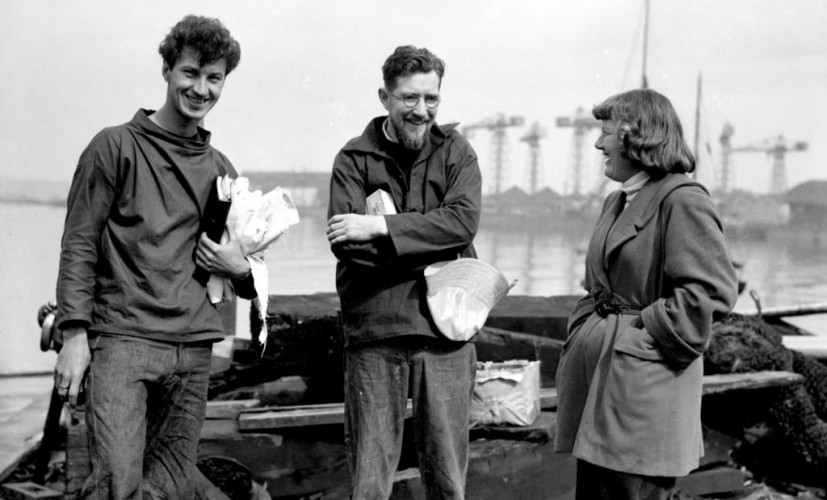 In 1939 he completed his first major solo voyage from Scotland to Norway., and ten years later he went on his famous transatlantic expedition. It took him 81 days from Gibraltar, on the southern tip of Spain, to New York. It was an astonishingly long journey by modern standards, but it was completed without the use of any automatic systems such as the French yachtsman nowadays allowed Thomas Covilcross the Atlantic in record-breaking 4 days and 11 hours.

Alcard described this journey in several memoirs: Solitary Crossing (1950), and Return of the Temptress (1952). The latter tells the story of his tumultuous return journey, including the story of a hurricane near the Azores and how he discovered the stowaway. Otilia Frayão aboard your boat.

The woman, described by one newspaper as “a Portuguese poetess with raven hair,” offered to help Alcard get out on the boat when he arrived in the Azores, and then hid in the hold shortly before sailing. He found her two days later, and technically, she messed up the fact of a solo trip. 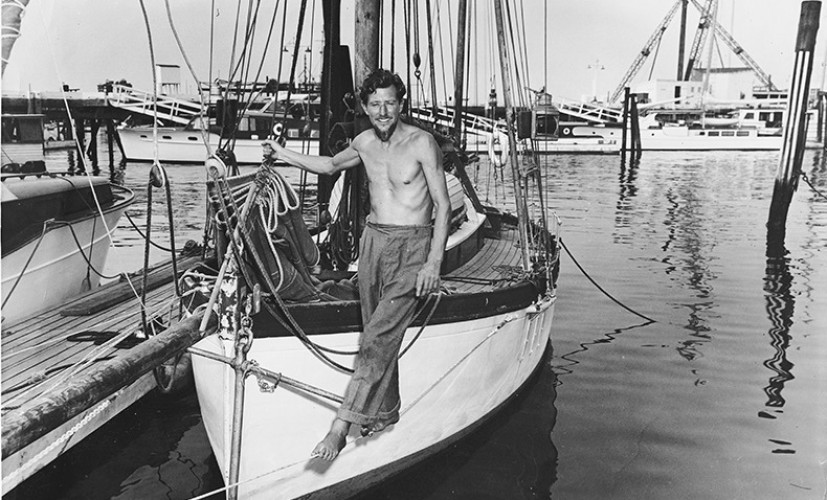 Alcard's Circumnavigation, a less direct version of the route that Joshua Slocum started in the late 1890s, starting with a race against his friend Peter Tungwald. Alcard, aboard a 36-foot ketch he named Sea Wanderer, lost a 2 day, 2,800 mile race from the Canary Islands to Antigua. Tangwald won an agreed $ 1 prize for his efforts. When Peter Tangwald died in a shipwreck in 1991, Alcard became the adoptive father of his 15-year-old son Thomas. But then, 13 years later, the younger Tangwald was reported missing at sea.

Alcard's Around the World included a route that, even in our time, is very rarely chosen, he decided to go westerly around Cape Horn, through a region that a yachtsman and writer Charles Doane called "the worst weather in the world."

Circling Cape Horn, Olcard later wrote that he faced "the harshest weather of his life" a storm that caused him to tie himself to the helm: “If I had not done this, I would have been immediately thrown overboard. Blisters formed on my back two inches apart; but we won. " In the end, he broke down and untied himself to photograph the killer whales that followed his boat.

Alcard was at sea when he received a letter from a fan Claire Thompson, an Englishwoman who was 30 years younger than him. His previous marriage ended in divorce, and eventually, in 1973, Edward and Claire were married after he completed his circumnavigation and settled on a rather spacious 68-foot merchant ship. Johanne regina... This was before he moved to Andorra. Edward Alcard has two daughters, from his first and second marriages, four grandchildren and one great-grandson. 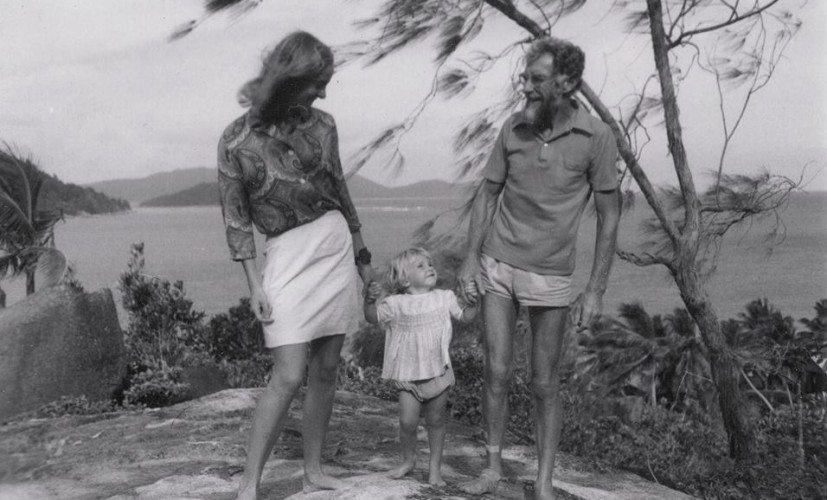 The legendary navigator himself sometimes expressed surprise at the forces that forced him to travel alone for many years, and mostly without any security system. In the book "Return of the Temptress" he described the moment when he was overtaken by a hurricane near the Azores, and "one wave towered over me", showing the silhouettes of three sharks "in anticipation of killing."

“These animals, swimming with such carelessness and ease in their element under the ridges, feeling as safe in this weather as on a calm sunny day, made me think:“ I don't belong here. In such weather, a person never goes to sea. Only his ingenuity allows him to achieve the seemingly impossible and survive. "Or was it some atavistic desire?" 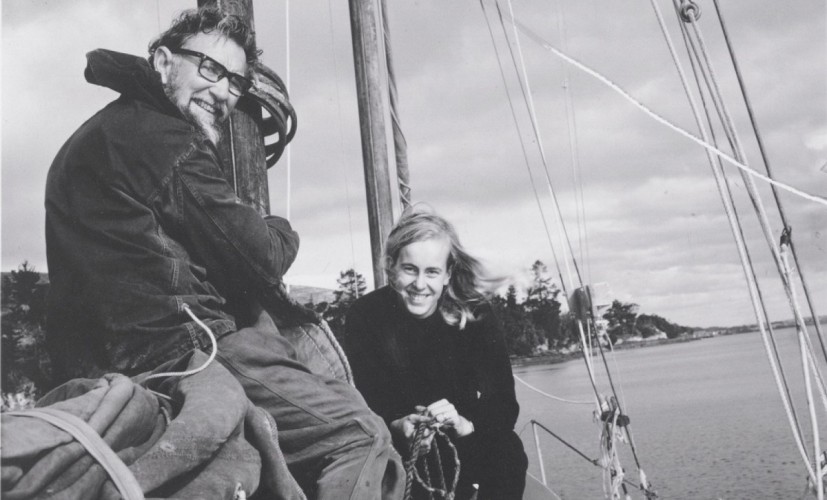 Alcard - a bearded adventurer whose magazine Boating once called "Dean of singles", died July 28, 2017 at the age of 102, in a hospital near his home in Andorra, a landlocked country in the Pyrenees, where he eventually traded a yacht for skis. According to his wife Claire Alcardcomplications after he broke his leg.

Just imagine, this man traveled on a yacht until he was 91 years old, then began to ski, and continued to write memoirs about his life at sea until his death, having published a book in 2016 "Alone around Cape Horn and beyond."

Alcard was the last representative of what the yacht historian John Rousmaniere named "Generation Ulysses", groups of men and women who went to sea after World War II, often alone and without experience.

Yachtsmen like Alcard and his friend Peter Tangvaldas well as a Canadian couple Miles and Beryl Smithton "Were real sea gypsies", - said somehow John Kretschmer, writer and yachtsman cruiser. “But they were looking for something other than just beautiful landscapes. They were in search of deep individual experiences and were willing to risk their lives in pursuit of it! ” 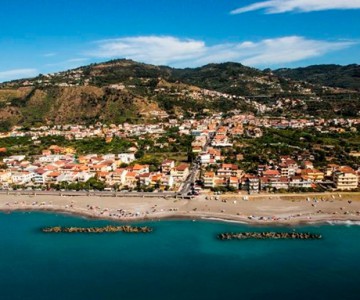 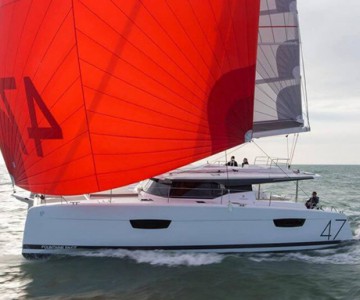 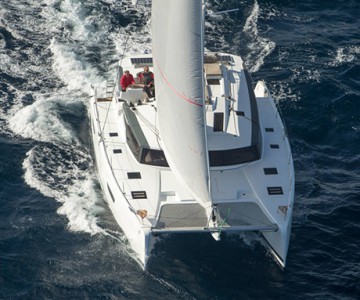