Fountaine-Pajot Aura 51 and Dufour 37 at the exhibition in Cannes and a new marina in Spain - we talk about these and other news in a new news release from Interparus.

Fountaine-Pajot Aura 51 and Dufour 37 on display at Cannes

The Fountaine-Pajot Aura 51 catamaran and Dufour 37 monohull will be shown live at the upcoming Cannes show. The catamaran will be presented in its first electric version. You can read more about Aura 51 HERE. 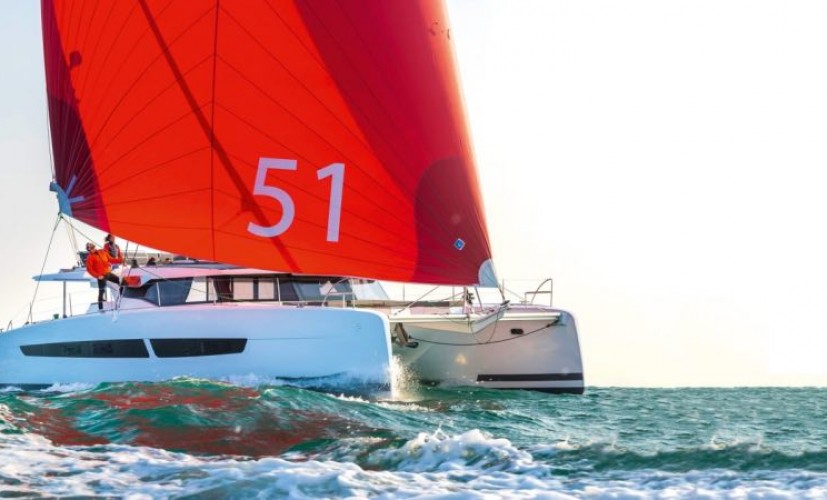 In July, Dufour published the first images of their new yacht. Dufour 37. The debut of the boat should take place at the exhibition in Cannes. Umberto Felci's design builds on the ideas of previous shipyard models. Plenty of living space and driving performance are the “cornerstone” even for the neat Dufour 37. 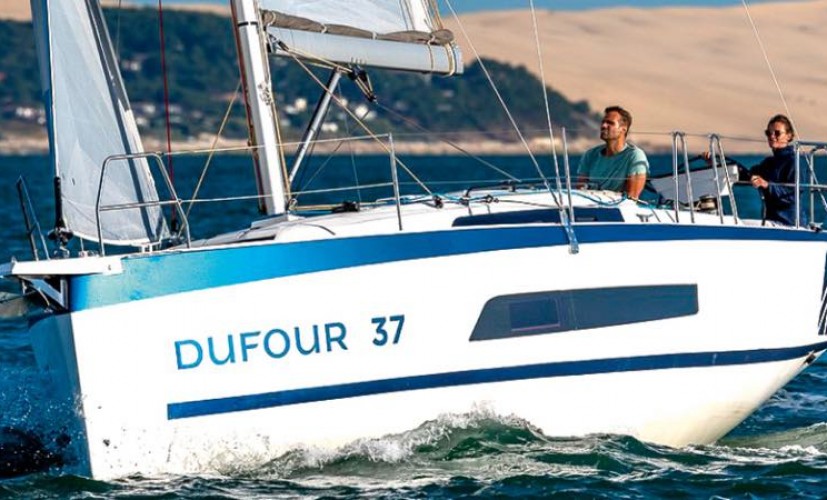 It is noteworthy that on the 37th model there is a lot of space on the front deck and in the cockpit, which is facilitated by the beam form of the hull with a large volume in the bow. The result is a spacious 10m yacht. The two-cabin version has a double bed in the aft part of the vessel, the three-cabin version has two regular cabins in the aft part. You can learn more about Dufour 37 HERE.

Porto Montenegro has been accredited by the Yacht Harbors Association (TYHA) Clean Marina. Located in the UNESCO-protected Bay of Kotor, it is the first marina in Europe to receive this accreditation.

The program highlights the marina's achievements in the consistent use of practices that reduce environmental impact. Such an impact is associated with yachting and the work of marinas. Porto Montenegro has been able to provide sufficient levels of clean water, clean air and help the marina industry business flourish. 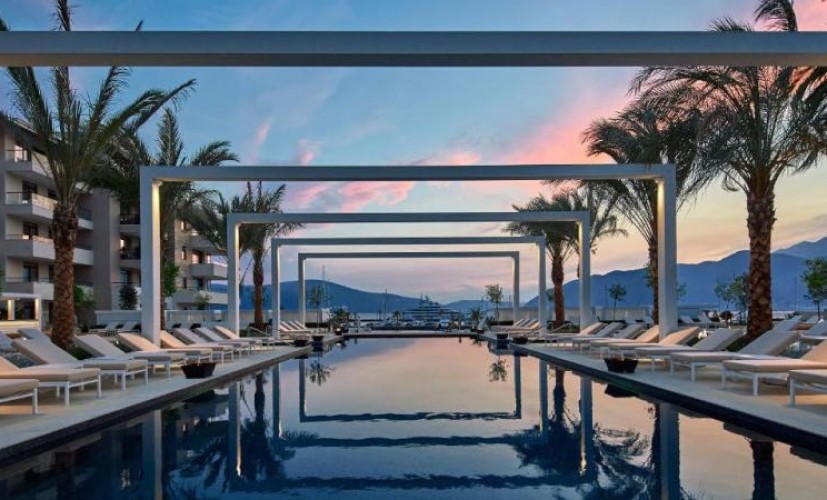 The International Clean Marina Program was launched by the Yacht Harbors Association (TYHA) at the Southampton International Boat Show in September 2021. During the presentation of the program, it was determined that it "will help marinas properly implement fundamental principles such as water capture and treatment, the proper handling of hazardous waste, spill prevention and treatment, effluent capture and filtration, effluent interception, the use of sustainable products and pollution prevention. plastic, and of course the impact on tenants, contractors and boaters to help save the environment.”

The marina offers tax-free fuel, 24-hour assistance to yachtsmen, cleaning of fecal tanks. The marina is complemented by a shopping and entertainment complex offering luxury waterfront accommodation, bars and restaurants. Porto Montenegro was also the first marina in the world to receive 5 Gold Anchor Platinum accreditation in 2017, the highest level award of the Marina Industry Association (MIA).

Spain has approved the construction of a new 200-berth marina. The marina will be built in Calpe and will accommodate yachts up to 15 meters in length.

The Spanish Ministry of Ecological Transition and Demographic Affairs has decided to allow the start of construction of a new marina in Calpe. The municipality of Calpe is located in the southeast of Spain. 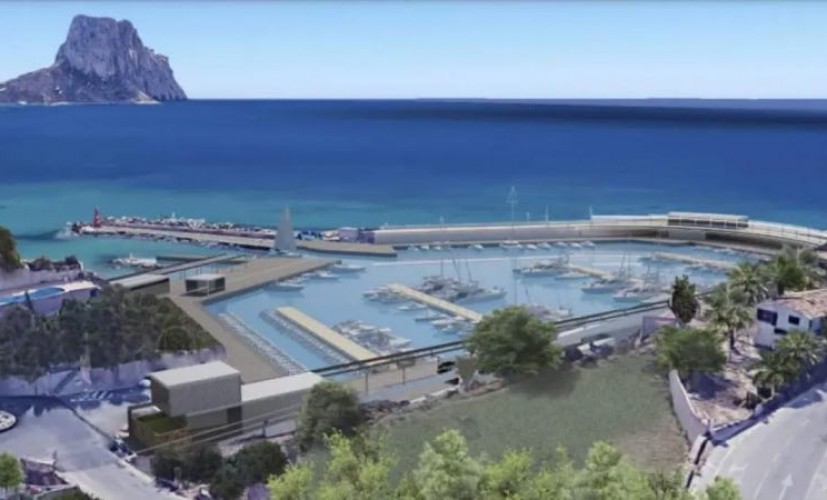 A marina on Spain's Mediterranean coast will have 200 berths for yachts up to 15 meters (49 feet), according to Lamarinaplaza.com. Initially, construction work on the project was expected to begin in 2021 and be completed this year. However, the decision of the ministry to authorize the start of work was delayed due to protracted negotiations between various government agencies.

In addition to the marina, the project company plans to build a recreational area that includes restaurants and parking. The cost of the Calpe project has not been disclosed.

Calpe is located in the Spanish province of Alicante and has a population of over 23,000, according to the government's National Institute of Statistics.

A new 45m (147ft) ISA motor yacht, known as Aria SF, caught fire off the coast of Formentera in Spain during her first season in the Mediterranean.

According to local news, the Spanish Coast Guard received a distress call at 5 pm local time last Friday. Security dispatched two rescue boats to offer assistance to the vessel and its crew. The first attempts to extinguish the flames were unsuccessful. 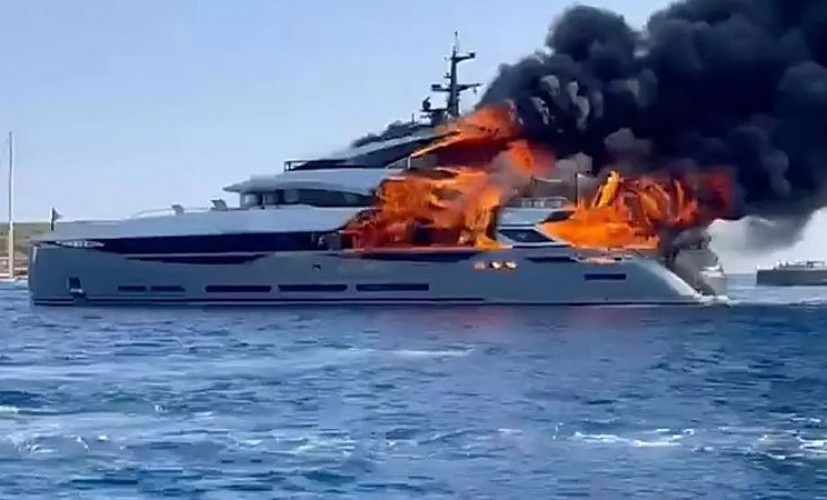 It is reported that nine guests of the yacht and seven crew members were evacuated from the vessel, no one was injured. The cause of the fire is still unknown, rescuers continue to try to put out the flames.

Aria SF was sold in March 2019 as the first hull of the new GT45 superyacht series by the Italian shipyard ISA Yachts. The superyacht left the shipyard just last month and was due to debut at the Cannes Yachting Festival in September.

Don't forget to rate the content! You can find other interesting articles at the links in the description or in the "News" section! 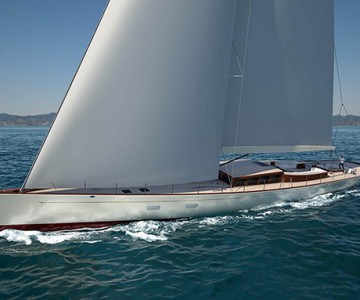 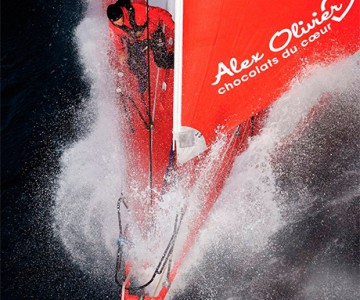 Vendee Globe - a test on the brink of possibilities

Circumnavigation of the single Vendee Globe - a test on the verge of the possibilities of yachts and people November 10, 2012: a huge number of yachts and boats in the waters of the French city of Les Sables d'Olonne, subprefecture of the Vendée region. They are all here to see the start of one of the most exciting and challenging regattas in the world. 20 daredevils challenged the oceans and winds for the 2012-2013 Vendee Globe trophy. 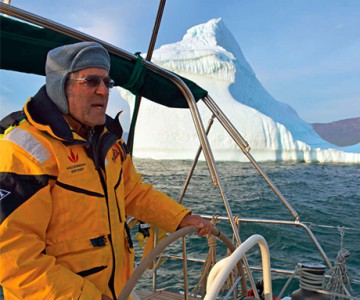