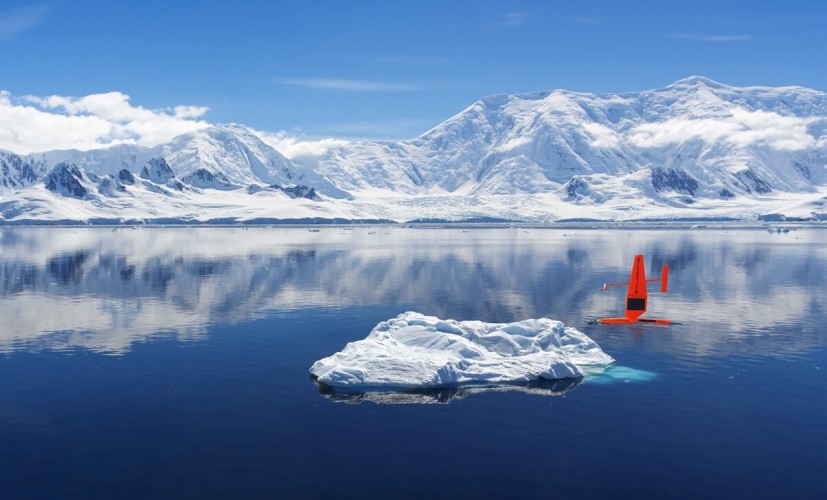 7m / 23ft sailing drone powered by wind power, became the first of its kind to circumnavigate the globe Antarctica... Drone model SD 1020, was equipped with a suite of climate-grade sensors and collected data from previously unexplored waters, providing key new insights into ocean and climate processes.

Two years ago, we wrote for the first time about this interesting Californian project, which at that time had just received investment in development and went out on the first missions to study the current El Niño in the equatorial Pacific Ocean. Then - it sounded ambitious, but the project has achieved a lot over these two years.

Antarctic mission was sponsored by a non-profit foundation Li Ka Shing Foundation, and all the data collected by the drone is available to the public completely free of charge, in order to accelerate our understanding of the critical processes affecting humanity. The Mission is also an educational initiative aimed at showing future generations the rapid changes taking place in Antarctica.

The 196-day drone mission kicked off on January 19, 2019 from Southport in Bluff, New Zealand and ended at the same port on August 3. The drone has covered just a huge distance around Antarctica and survived all the difficulties that can be encountered in Antarctica. 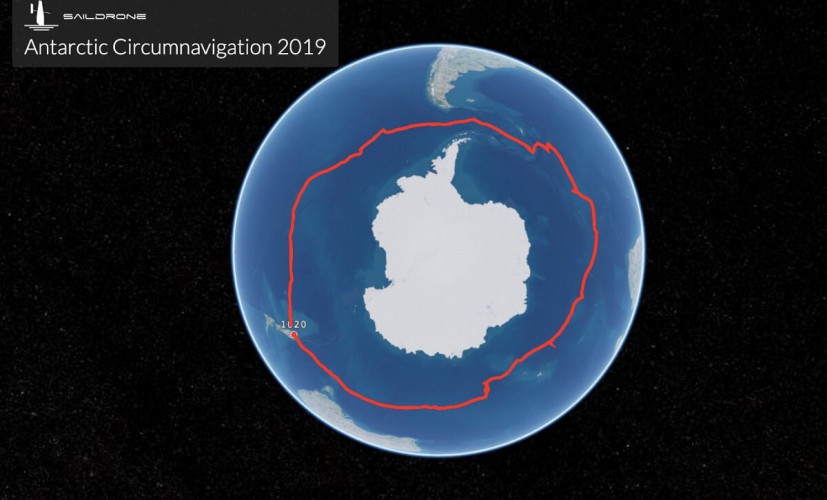 South ocean plays a key role in regulating heat and carbon for our planet. It is such a remote and inhospitable place that even large ships try to avoid this place, especially in winter. However, reliable Saildrone not only survived the winter in the Southern Ocean, but also transmitted vital new data from previously unexplored territory.

“One of our biggest "Blind spots" in terms of our knowledge of climate and forecasts for the future lies in the Southern Ocean. This is mainly due to the lack of serious sightings, especially in winter, in this remote and harsh environment. This leads to poor understanding of how the polar oceans function, ”says Sebastian Swart, co-chair SOOS.

“These are breathtaking high-resolution observations collected with Saildrone during his travels around Antarctica, give valuable datasets for scientiststo better understand the Southern Ocean and evaluate the models we use to predict weather and climate. "

With a tool developed by NOAA to measure carbon fluxes very accurately, the drone provided important new data on the rate of carbon sequestration in the Southern Ocean. 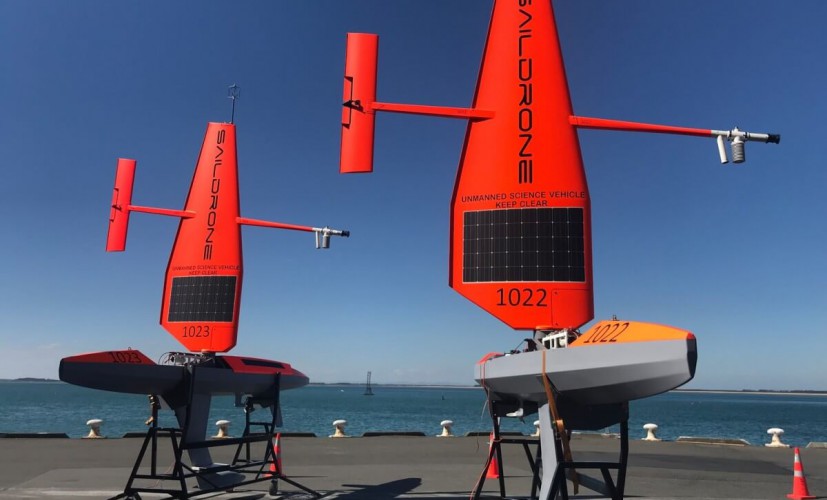 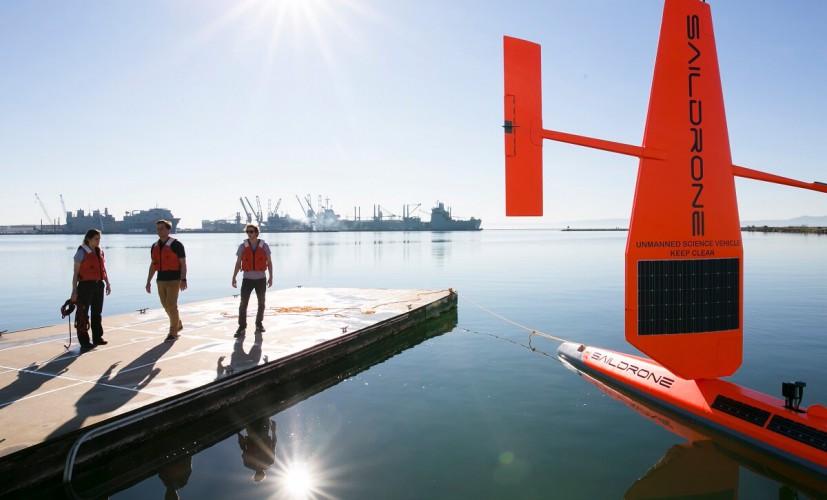 “We still have a lot to learn about ocean uptake of emissions CO2especially in the Southern Ocean. Until a few years ago, the Southern Ocean was considered a large CO2 sink. However, this insight was mainly based on observations made from ships that avoid some of the harshest weather conditions in the Southern Ocean, leaving a data gap in the winter months, ”says Dr. Adrienne Sutton, oceanographer at the Pacific Marine Environmental Laboratory (PMEL) NOAA.

With the placement of carbon sensors on floats, which are part of the Southern Ocean Carbon and Climate Observation and Modeling Project, Sutton said (SOCCOM), scientists began to get a wider seasonal distribution of observations and they found less absorption CO2than previously thought.

Having another autonomous platform that can survive in the Southern Ocean is both a technological advance and an opportunity to bring us closer to solving the ocean swallowing puzzle. CO2.

These intersections provide great opportunities for validation and context between two very different datasets. Support for both of these types of observations will be extremely useful in improving our understanding of the role of the Southern Ocean in global carbon supply.

Research requires high quality and reliable data. Therefore, for sensors Saildrone are held careful calibrations... This technology is revolutionizing the way we study the Southern Ocean, providing for the first time the ability to collect critical data throughout the year in locations previously inaccessible. This provides a better understanding of the amount of carbon dioxide absorbed by the Southern Ocean and an identification of changing environmental conditions and processes that are causing change. 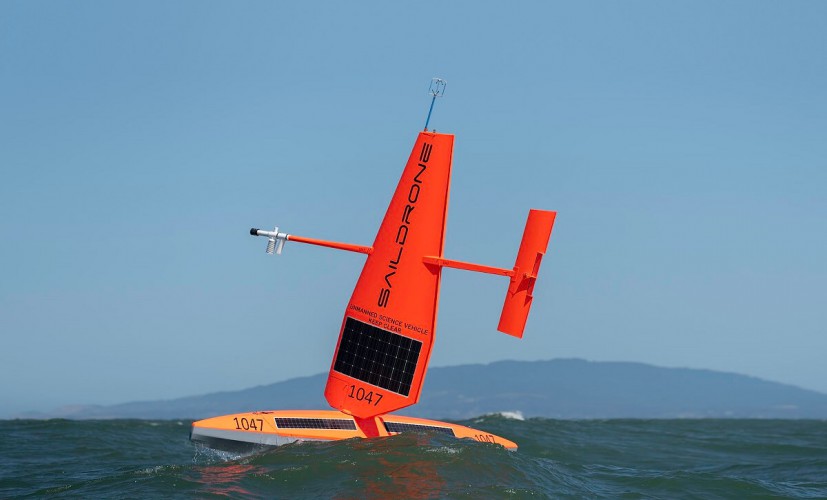 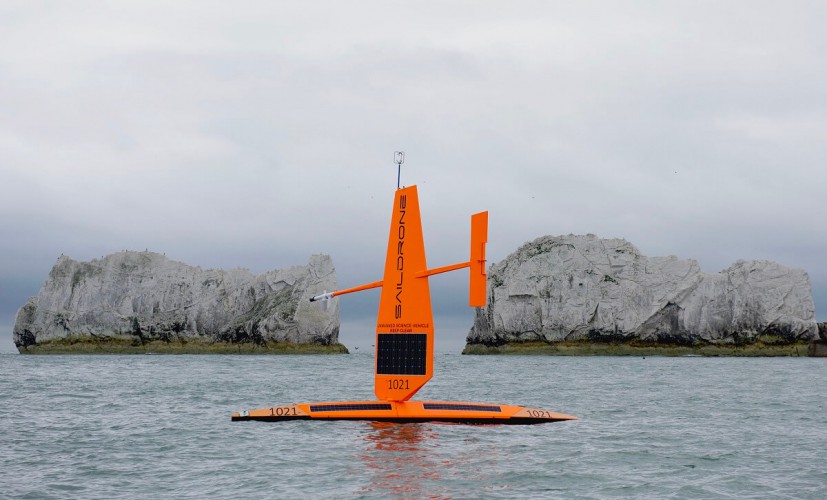 Saildrone is designed for long-term operation in the ocean, up to about 12 months, but does not burn fossil fuels and has a zero carbon footprint. It is powered exclusively by wind power to propel all systems and solar power to power on-board instruments.

All models Saildrone equipped with a suite of scientific-grade sensors for collecting meteorological and oceanographic data critical to understanding changes in the Antarctic ecosystem. The standard set of sensors includes instruments for measuring air and sea temperature, atmospheric pressure, wind speed and direction, as well as wave height and period, as well as cameras for shooting the sky, sea and horizon. Model SD 1020 also includes an acoustic Doppler current meter (ADCP) to measure ocean currents.

5th generation standard configuration Saildrone includes a 7m / 23ft hull, 2.5m keel and 5m sail. This ordinary sail has working range up to 60 knots of wind; however, the massive waves of the Southern Ocean were too powerful for the tall, slender sail. In 2015 and 2017, drones were launched twice to circumnavigate the globe in the Southern Ocean. In each case, after a short period of time, the mission was completed and the drones had to head back for repairs. The team benefited immensely from these failures and developed new type sail specially for the Southern Ocean.

The “Square Sailing Rig” proved to be incredibly strong and withstood the harsh conditions of 15-meter waves very well. 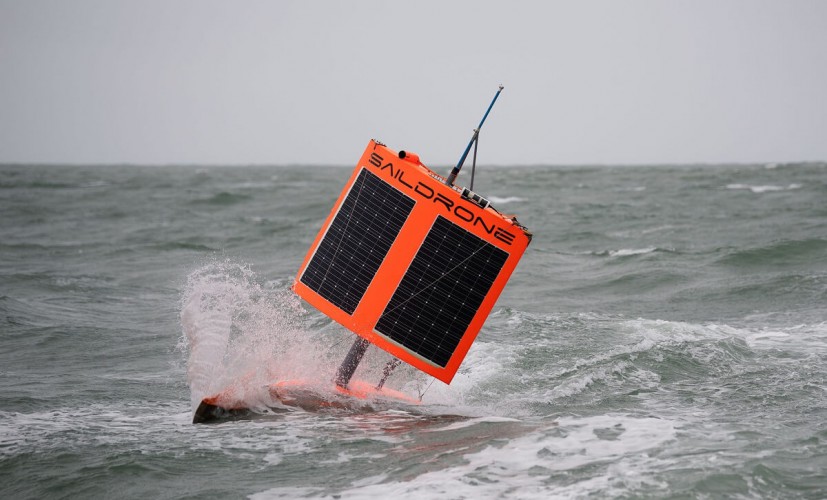 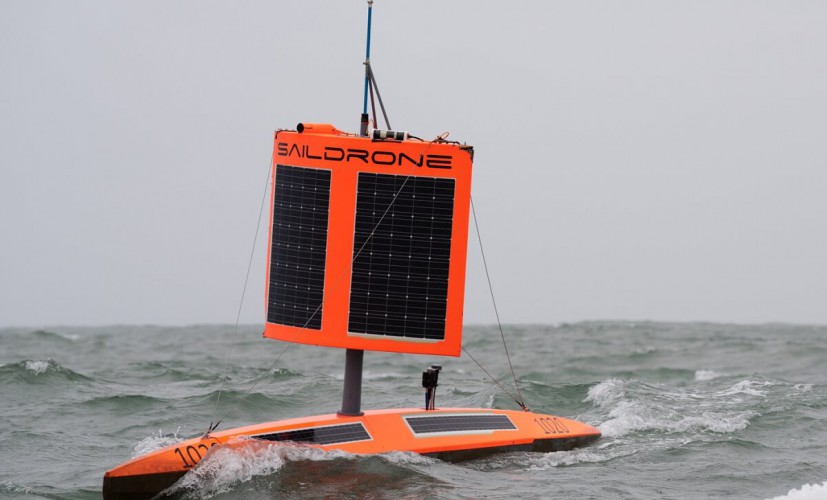 “Despite the fact that the square sail of the drone has a slightly worse performance than the high sail, it floats against the wind with all its might, does an excellent job of sailing in the wind and can reach anywhere in the Southern Ocean", - says the founder and CEO Saildrone Richard Jenkins.

"You inevitably sacrifice agility for survival, but we've created something that gets the job done that the Southern Ocean just can't take out of action!"

Now the company Saildrone creates a global fleet of drones on a planetary scale. In terms of carbon and heat, The Southern Ocean is by far the most important ocean... Of all the oceans, it is the Southern Ocean that absorbs about half of all carbon and 75% of all heat that enters the world's oceans. Therefore, it is so important to direct all the efforts and resources of such robotic platforms as Saildrone, for more scientific data in this polar region.

Saildrone and 1851 Trust have partnered to develop a series of STEM lessons based on science, technology, engineering, and math, available free to teachers on the Saildrone website. 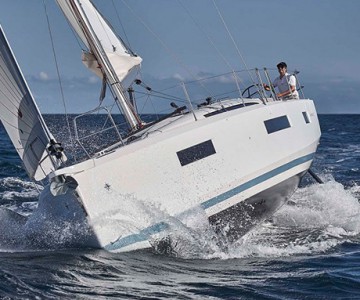 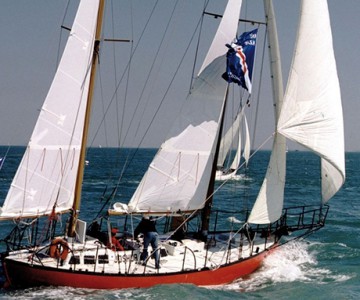 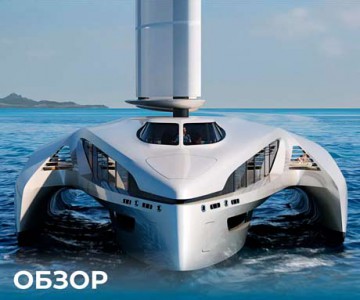