There are many ways to do this. You can get such information through the embassies and consulates of different countries, through travel agencies, yacht clubs, as well as from other yachtsmen. But it should be borne in mind that the information you received about a certain sailing area can change both for the worse and for the better, and sometimes quite quickly.

In many cases, the danger of an area is determined not by the area itself, but by the individuals who may be there. We are talking, of course, about pirates.

If you are going to swim exclusively in European waters, then you are not afraid of pirates, since they simply do not exist here. Although in any marina you can find a petty troublemaker who will pretty much spoil the nerves of others, but nevertheless, this is a mere trifle, because, in general, yachtsmen and sailors are deeply cultured people with gentlemanly manners, until some of them "heal too much" and do not will start to brawl. But very rarely, this can lead to serious negative consequences. All in all, you can go to Europe without risk and fear.

However, with the exception of Europe, there are other sailing areas. If you are going on a trip around the world, you need to be especially vigilant and scrupulous when drawing up the route, since there are very turbulent areas in the waters of the world's oceans, where you can meet pirates and get a fragment from an orbiting satellite on your forehead.

Many Africans have sailed from the African continent to the Cape Verde Islands in the hope of finding work and a better life. Some of them, who never found a job or did not want to look for it, sometimes decide to rob a yacht, and sometimes even hijack it. The most troubled crime situation is in Cape Verde's second largest city - Mindelo... This is a port where unpleasant situations happen from time to time due to the influx of Africans. But, for example, the island of Sal, which is also part of the Republic of Cape Verde, is a rather calm and peaceful island. Here yachtsmen are in complete safety. 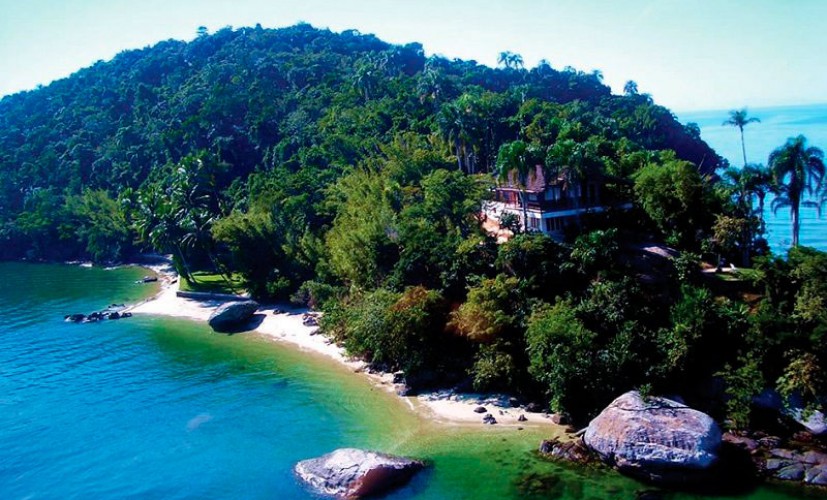 Here, spontaneous attacks on yachtsmen occur when poor sailors realize that they are waiting for them at home "with a catch." But, along with fishermen, organized groups of pirates also operate here. Somalia and Brazil are particularly dangerous sailing areas, where pirates hunt both commercial ships and private yachts. Moreover, pirates are not shy about the size of the yachts or the number of crew members. Mega-yachts over 3540 feet are also attacked and even more than 10 crew members are attacked. The most dangerous area here is the mouth of the Amazonalthough the Brazilian coast has hundreds of bays and rivers free of pirates.

The coast of Venezuela left unpleasant impressions for many sailors. Every year, a large number of attacks on passing ships are recorded here, especially in the eastern regions of Venezuela. Local authorities are confident that in most cases organized drug gangs attack sailors. From time to time they carry out raids on this territory in search of profit. That is why in this area it is better not to anchor and go in groups, accompanied by other yachts. Even fishermen are discouraged from fishing here due to the risk of attacks. And often, gangs can disguise themselves as fishermen, so do not let fishing boats close to you.

Even 10 years ago, the waters of Venezuela were free of pirates, however, when economic difficulties began in the country, pirates also appeared. But not everything is so sad in these areas. Local authorities are trying to fight the invasion of sea pirates. Besides there are also quite safe zones for navigation: this is the area between the picturesque islands Los Roques and Los Aves.

More recently, Trinidad was one of the safest navigation areas. But the situation has changed slightly in recent years. To cross this region, it is preferable to have any means of protection on board, go in groups and keep unfamiliar boats out of your reach.

The situation here is better than most people think. Lovely Cartagena quite safe. However, on the border with Venezuela, there are unpleasant situations associated with attacks on yachtsmen. In any case, we must keep our ears open. Especially try to avoid the west coast of the Gulf of Venezuela. Darien Bay and Uraba Bay it is also preferable to bypass the side, as gangs operate here on motor boats.

Political and economic instability, as well as natural disasters have led to the fact that these areas of navigation have become quite dangerous for sailors. Poverty here gave rise to aggression and the desire for easy money. The army and the police practically do not monitor what is happening at sea.

There are beautiful bays here, but the river Rio Dulce has become one of the most dangerous pirate places in the area over the past decade. From time to time the situation here changes for the better, and many yachts visit these beautiful places, but before going here on a yacht, it is better to make sure that at the moment the area is stable and safe for sailing. 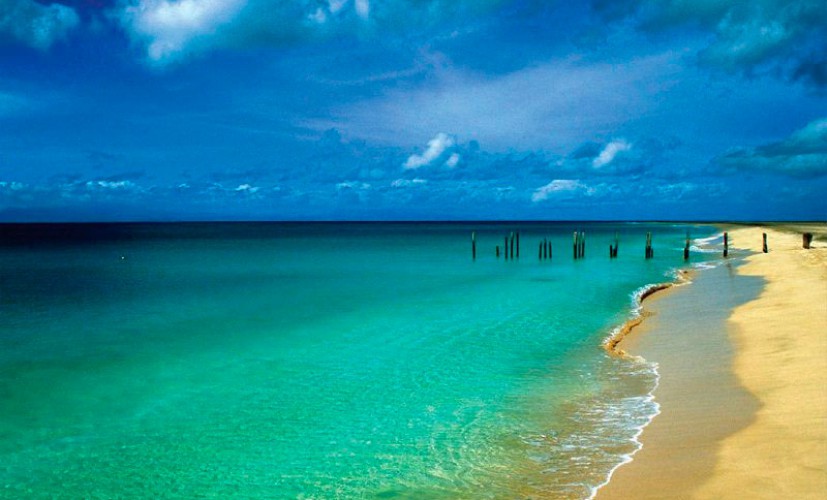 Ecuador: a heavenly but sometimes unsettling corner for yachtsmen

The only pirate zone is concentrated around the largest Ecuadorian city - Guayaquil... The rest of the areas are fairly safe for swimming. But the situation is changing rapidly, so it is worth consulting in advance by radio with local authorities or seafarers who are already in these waters.

Since 2002, not a single attack on passing ships has been recorded here. Safe area for swimming.

The situation with attacks on yachts often changes in different directions, so it is better to first consult with the relevant authorities. In the waters Port Moresby sometimes there are attacks on yachtsmen, although very rarely.

The waters surrounding Indonesia, the Philippines and China are areas where sea piracy was a tradition hundreds, maybe thousands of years ago. Until now, sometimes there are fights between pirates and sailors who defend their ships from attack. It is best to avoid these areas whenever possible. Professional pirates have concentrated their attention here mainly on commercial ships. 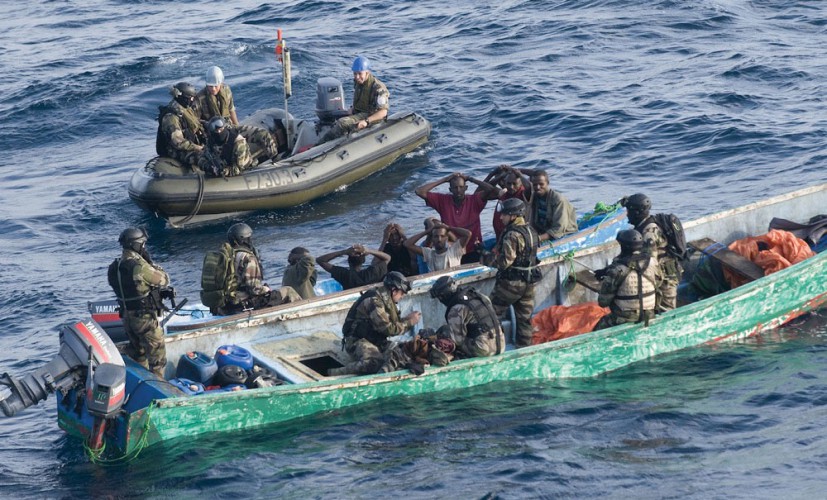 It seems that in Somalia, pirates are the most organized in terms of attack. They attack in groups, sometimes with several boats, surrounding their target and using weapons. Stay at least 400 miles off the Somali coast, then you can feel safe.

Yemen's waters and Gulf of Aden from time immemorial have been a breeding ground for piracy. Today, pirates from the area hunt European commercial ships. However, if there is a storm at sea, pirates do not go out to fish, which means that the passage for sailors is safe. You should not be afraid of pirate attacks during such a period, but you will have to cope with the storm. Maintain a distance of 30 nautical miles from the coast of Yemen to be safe. 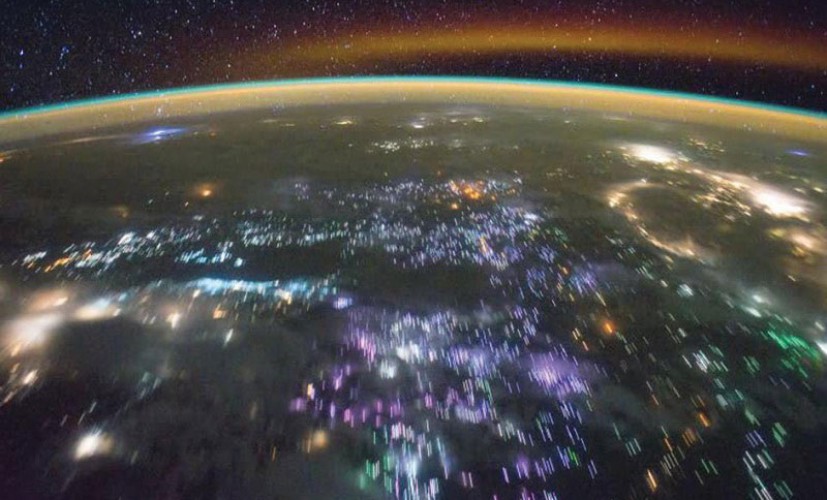 Pacific Ocean as seen from the International Space Station

Although, of course, the trajectory of the fall of space satellites is monitored by the international space agencies, which, if necessary, warn of the possible danger to sailors who are in certain regions of the Pacific Ocean. 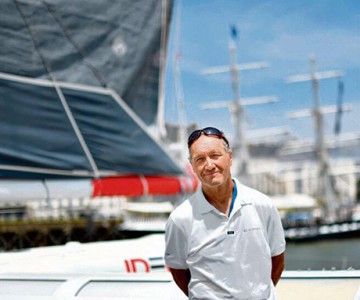 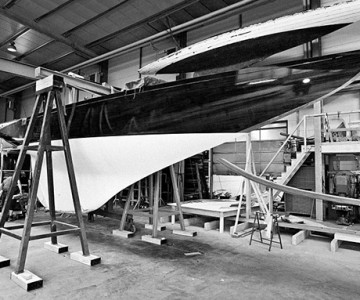 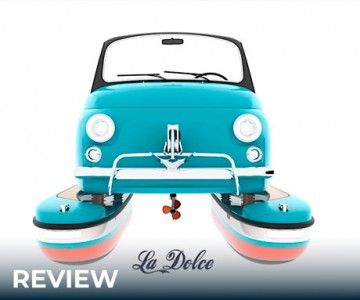