Maneuvering in the port (marina)

"A short course of good maritime practice" from the yacht captain A. Lysenko

Maneuvering in the port (marina)

Difficulties that you will have to face:
­

Attention! Never forget that your yacht has NO BRAKES!

Advice: start your charter with a test drive, in which you need to do the following:
­

• to familiarize the crew with the peculiarities of the yacht;
­

• “play” planned maneuvers with the crew, achieve unambiguous understanding and execution of commands by each crew member;
­

• get off the mooring lines and go out into free water;
­

• make maneuvers in order to obtain the necessary information on the following parameters:

a) the minimum speed at which the boat is steered;
b) the radius of the yacht's circulation;
c) the inertia of the yacht;
d) the reaction of the propeller ("wheel effect").

Be prepared for the yacht owner to require you to test drive to ensure that your yacht qualifications are adequate to handle the yacht being chartered. 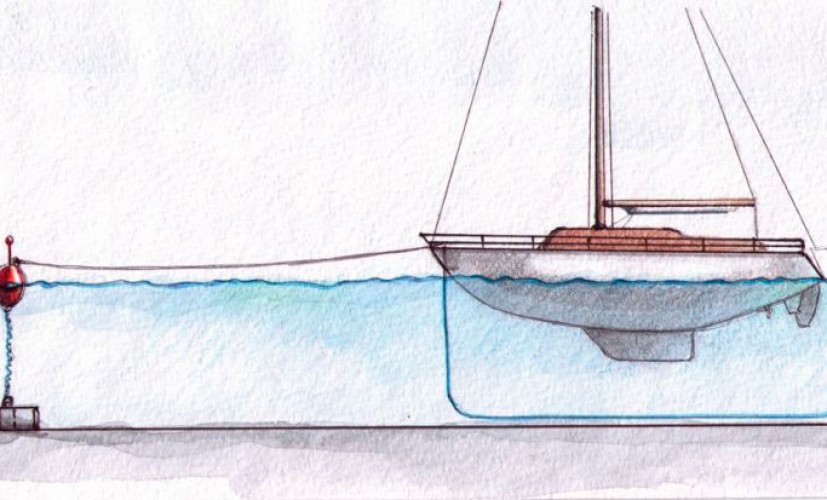 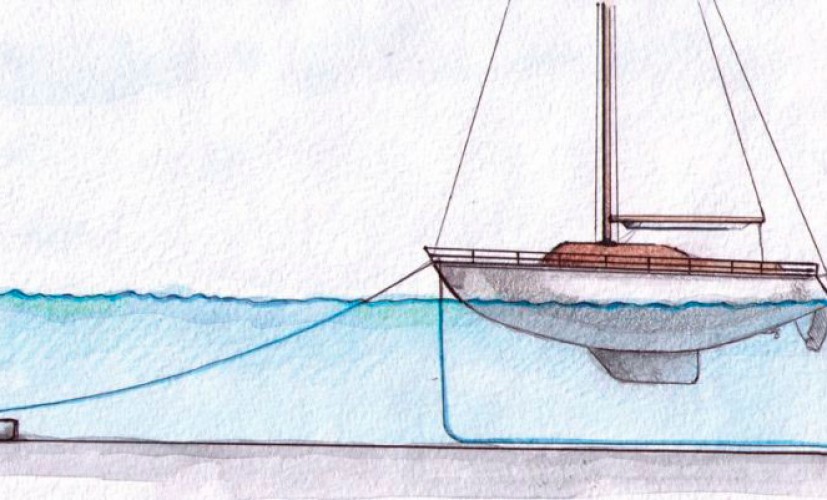 The key to successful maneuvering in the marina is a preliminary detailed study of its water area (pilot, map, plan).

• request permission to enter the marina;
­

• get the necessary instructions on the place and method of mooring;
­

• inform the crew about the mooring approach plan and assign responsibilities;
­

• hang out the fenders and disassemble the mooring lines;
­

Advice: the first approach is often unsuccessful. Don't make this a tragedy. There is no shame in the fact that you interrupt the maneuver and enter the mooring again. The main thing is to do it on time! The crews of neighboring yachts will appreciate the respect for the hulls of their ships and will assist you in mooring. Before you can confidently perform this maneuver, you will have to do a lot of mooring.

Departure and approach of the yacht to the wall or boom is one of the most difficult maneuvers by the performance of which the skill of the crew is judged. The limited space for maneuver, the density of yachts at the wall and their high cost dictate the need to perform a retreat and approach ONLY UNDER THE ENGINE!

In most marinas this is a requirement. As we have already noted, yachts do not have brakes. You have very limited time and space to make the necessary adjustments to the maneuver you have begun. Therefore, all maneuvers must be performed at the minimum speed that ensures the yacht's controllability.

For successful maneuvering, you need develop a "fine feeling" for your yacht, namely:
­

• inertia when moving forward and backward;
­

• the minimum speed at which the boat is steered;
­

• the reaction of the propeller ("wheel effect") in forward and reverse.

We will analyze separately "Wheel effect" of the propeller... The propeller not only imparts forward or backward motion to the yacht, but can also be used to "Casting" stern left or right depending on which screw you have (left or right rotation). The effect is noticeable when turning on the reverse and moving in reverse. When the yacht moves forward, the effect is almost imperceptible. The propeller that pushes the boat forward while rotating clockwise is called a right-handed propeller, and vice versa.

Exit to the pivot point, turn the yacht stern to the wall, turn on reverse and extinguish the yacht's inertia, start moving to the wall stern forward. Select the pivot point taking into account the drift by wind and current, as well as the reaction of the propeller.
­

• Release the anchor and, releasing the chain, continue to move towards the wall.
­

• Hang fenders along the sides and prepare stern mooring lines.
­

• Fit the anchor chain and attach the stopper. Check if the anchor is set. If the anchor does not hold, build up the aft mooring, move away from the wall under the engine and shift the anchor. At the mooring, pull the yacht to the wall. Repeat the above procedures.

Advice: A yacht entering a mooring hangs out fenders regardless of how many fenders hang on the sides of neighboring yachts. Remember that the purpose of the fenders is to protect the sides of the yachts while docking, not to dampen the impact of the hull during docking. If the parking lot is equipped with mooring, the approach procedure is simplified.

Approach and exit with mooring

The presence of mooring frees you from manipulating the anchor and allows you to clearly define the yacht's position on the mooring lines relative to neighboring yachts.

Let's consider the procedure for mooring in a marina equipped with mooring lines.

Option 1. (according to Fig. 2)
Exit to the pivot point, engage reverse gear and enter astern forward into the space provided for you between the yachts. Fenders are posted on the port and starboard side. The mooring team is spread out along the sides and leads the yacht to the wall, while protecting the sides of their own and adjacent yachts. When approaching the wall, the sailor takes the mooring line attached to the eye and raises it to the level of the side. The sailor on board guides the mooring lines into the bow semi-hawse. Aft mooring lines are applied. Mooringat mooring lines on the bow are fitted and fastened to a duck or bollard. The mooring section from the bow cleat to the eye on the wall is lowered into the water. The yacht is moored.

Attention! Work with the mooring mooring should be carried out in working gloves to avoid cuts of the hands with shells. Take measures to exclude the winding of the mooring lines on the yacht's propeller.

Procedure for the departure of a yacht moored:
­

• remove the mooring mooring from the bow cleat and, choosing it, set the course to the yacht;
­

• when approaching a "dead anchor" or a buoy, throw the mooring lines overboard;
­

• after making sure that the mooring lines have gone to the bottom (or after passing the buoys), give forward speed and go to free water.

Attention! When leaving, take care of the sides (yours and others)! 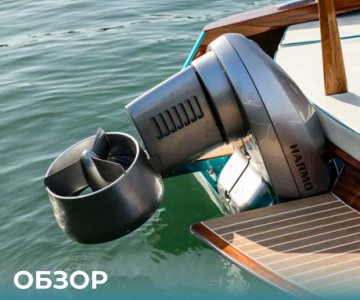 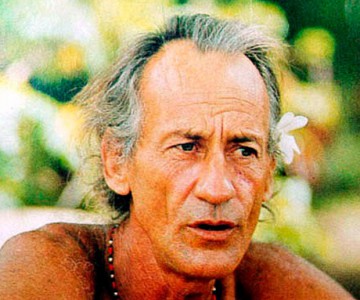 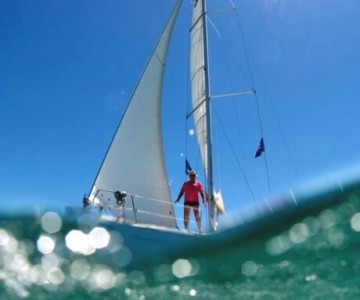