home • News • How does the deadrise of the hull affect the running performance of the boat?

Find out what factors affect the smoothness of the boat
Deadlift comparison is a traditional way to find out how smoothly the boat is sailing. In other words, more deadlift means the ability to reach higher speeds without the effect of longitudinal rocking or pogoing. But deadweight is not only a characteristic that determines how well a boat will cut waves when moving. Let's take a closer look at the definition of "deadweight" and then consider other parameters that affect the smoothness of the boat. I hope this article will help you decide on your choice of a promising boat model for a test drive at the next boat shows. 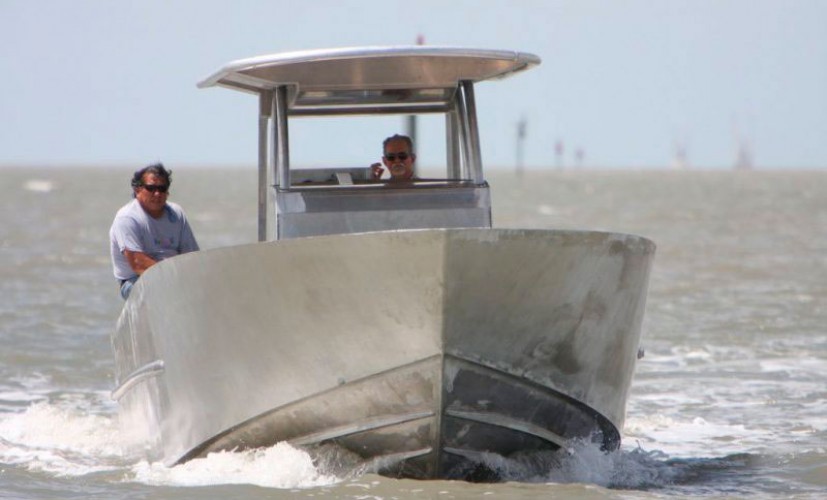 Keeliness Is the angle between an imaginary horizontal line adjacent to the keel and a line repeating the shape of the bottom at any given point. While transom deadlift is generally a fixed value, the boat's hull can have any value that changes as it travels along the keel from the transom to the bow. Flat-bottomed work boats have an almost flat and flat bottom, while high-speed speedboats can have a deadweight of 50 degrees closer to the middle of the hull and more than 20 degrees at the transom. Considering that almost all powerful speedboats planes on only one third of the hull, transom deadweight may be the most understandable parameter for comparison. But the deadlift of the transom does not always determine all the characteristics of the boat. I have tested over six hundred boats during my time at Boating magazine, and I must say that I have seen boats with very little transom deadlift, but they went much softer compared to boats that had significantly higher deadlift.

It almost goes without saying that the narrower hull with significant deadlift at the stern goes faster and softer. I said "almost" because there are other parameters of the hull that have a significant impact on its behavior on the water. One of these parameters is the width of the cheekbone. If the hull of the boat has a wide cheekbone, it hits the oncoming wave harder than a boat with the same transom deadlift, but with a narrower cheekbone. There are also different angles of inclination of the longitudinal steps. Some redans are flat, they create a horizontal surface. This form of a step is very different from a step with a reverse angle of inclination, which helps maintain a higher speed than a horizontal step on two almost identical hulls.

The width of the case is a very important element. A wider boat can more easily enter planing, but at the same time, it will begin to sway in the longitudinal direction earlier than a narrower boat, even if these hulls have the same transom deadweight. In this case, it is obvious confirmation of the laws of physics, according to which the wider body displaces more water, which creates sufficient lift much earlier than on the narrow body, but at the same time the narrow body decelerates much faster with decreasing engine speed. 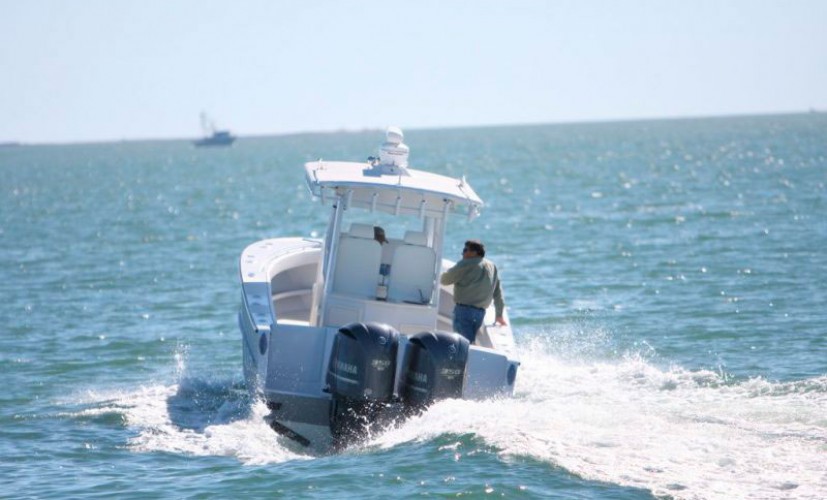 There is such a thing as a cross-section of the body. For a better understanding of what the cross-section of the body is, imagine that you cut the body crosswise into pieces, as you are cutting a loaf of bread. Driving performance is most influenced by the shape of the cross-section of the bottom. For most high-speed craft, the keel to cheekbone line is straight or slightly curved outward. In general, this bulge in the bottom line is a good thing, it allows the boat to decelerate more smoothly after the lift has ceased to act on the hull. Boats with straight bottom lines slow down much more sharply, just as sharply they can accelerate and go on planing.

It is important to know where the helmsman is. Of two identical boats with the same deadlift, a boat with the helmsman closer to the stern will find it easier to meet the wave than a boat with the helmsman closer to the bow, at least from the helmsman's point of view. It's no secret that the closer you are to the stern, the more comfortable you will feel on the move in any boat. If you find it difficult to determine how smoothly the boat is going, you need to connect an accelerometer, it will accurately record the parameters under all specified test conditions.

By moving the helmsman's seat aft, you reduce the length of the aft cockpit. Narrowed nasal cheekbones create uncomfortable conditions when accelerating the boat and entering the speedboat. Rounded sides allow splashes to enter the boat under certain conditions. Wider boats allow for more convenience on board. I enumerate all this and again come back to where I started. It is impossible to consider any feature of the hull, including deadweight, separately from everything else and think that thanks to this parameter the boat will go better than others. Good driving performance - this is the balance of many parameters, which are determined by the purpose of the boat and the conditions in which it will be operated.

There is no perfect boat for one and all. You can probably find a boat that's perfect for you.

Attend trade shows, make a short list of your preferences, and then go out to sea trials. Armed with the knowledge provided in this article along with a clear understanding of what you expect from your ideal boat, you can make an informed choice. 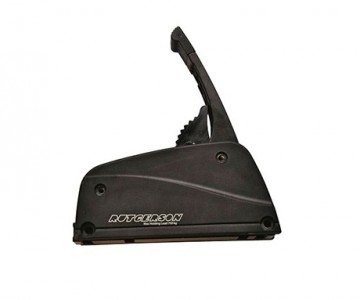 The halyard stoppers must withstand a pull of hundreds of kilograms, and the tackle moving inside must be maintained so that its shell does not break and the core slides in the clamp. 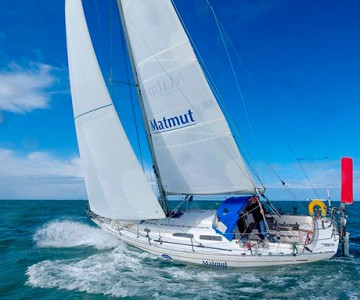 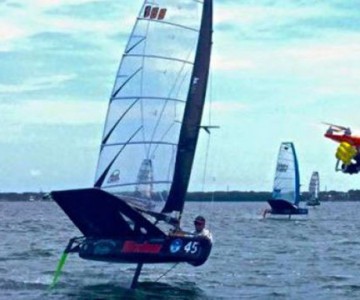 It is still difficult for most yachtsmen to imagine having a true moth hydrofoil regatta. Drone optics bring new perspectives and a sense of involvement from the US championship.