Shenandoah of Sark: A Living Classic

We continue to talk about classic yachts! Next in line is the Shenandoah of Sark, a four-masted schooner with a rich history.

This May, 18 sailing yachts raced the waters of the Italian Costa Smeralda. All of them took part in the Giorgio Armani Superyacht Regatta. But the attention of most fans was focused on the 108-foot Shenandoah of Sark. Sailing between Capo Ferro and the islet of Monacci, and then past Isola delle Bisce, the schooner showed why she is so admired. Even 120 years after its creation.

Shenandoah of Sark is the only yacht designed by naval architect Theodore Ferris. And she knows how to attract crowds of people. “Wherever we go, we are the most photographed yacht,” said Captain Russell Potter. “There is a romanticism about the Shenandoah yacht that brings an extra level to a seaside holiday.” 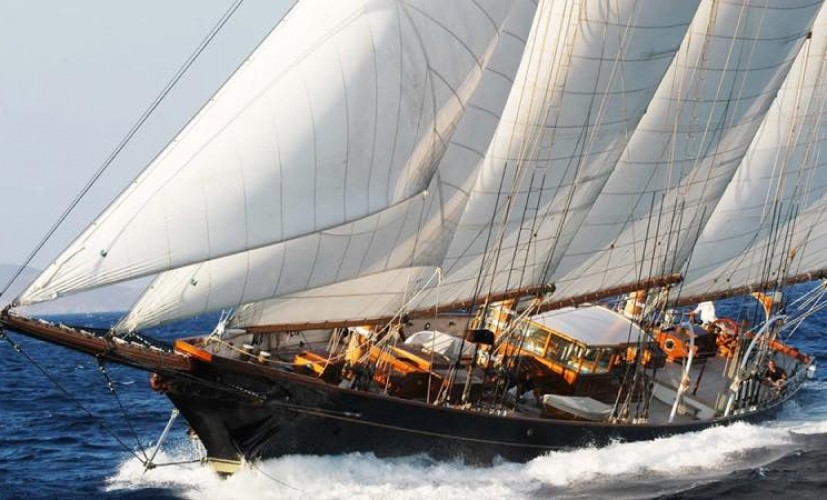 The yacht has teak decks, a steel hull and a teak and steel superstructure. Due to the amount of high quality timber used, refinishing a ship's wood varnish is an important annual event.

Its current owner, who loves the classics, including motorcycles and music, enjoys doing it. Both he and his girlfriend are professional musicians. This explains the presence of the legendary Steinway brand grand piano. The piano stands in the main salon, which is literally flooded with light from a large hatch overhead. 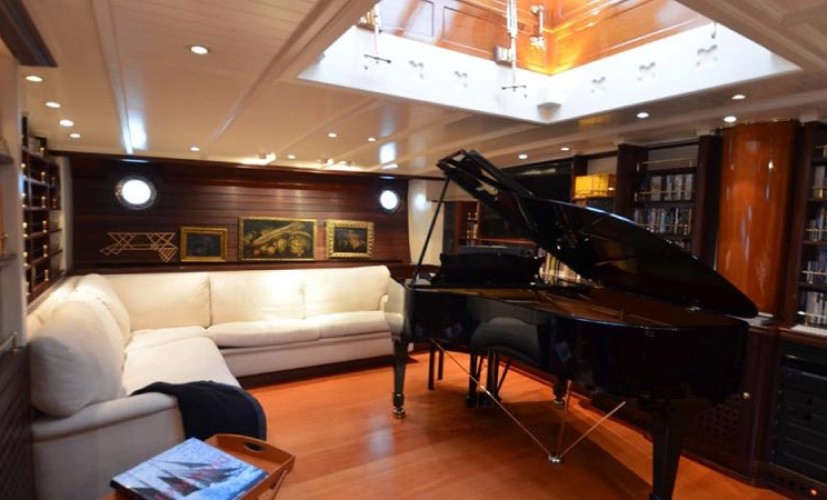 Shenandoah is named after the 55-mile Shenandoah River in the Blue Ridge Mountains of northern Virginia. The schooner was built in 1902 at the New York shipyard Townsend and Downey. The three-masted schooner was conceived as a fast family yacht for an American investment banker. This banker planned to tour Europe after his retirement. He needed a boat with excellent sailing performance. Since then, the yacht has seen many owners and went under different names.

In 1929, the Dutch sculptor Viggo Jarl went on a long adventure. The yacht has seen the Mediterranean and Red Seas, the West Indies and Colombia. During this voyage, Shenandoah also passed through the Panama Canal to Hawaii and South America. She even swam 500 on the Amazon. At the start of World War II, Viggo removed the engines and masts. He wanted to make the schooner useless for the Nazis. For a good two decades, the yacht was forgotten.

Further fate of Shenandoah of Sark

In later years, the yacht was spotted in Monte Carlo on the night Grace Kelly married Prince Rainier of Monaco. In 1952, the yacht was arrested by the French authorities and she stood abandoned for another 10 years. Baron Marcel Beach rescued her and carried out the first major restoration. He then used her as a flagship in the 1974 and 1977 America's Cup regattas. 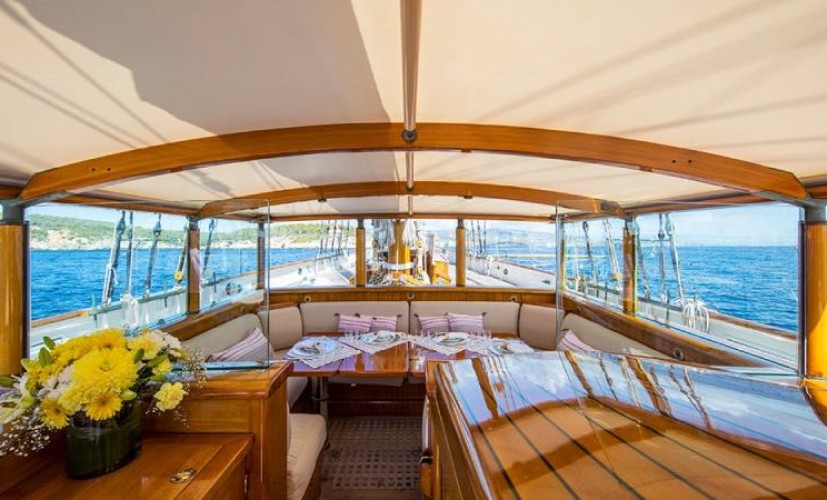 Since then, there have been two significant renovations. The first was a two-year restoration by McMullen & Wing, a New Zealand shipyard, in 1996. The second and last will be in 2019. It was an overhaul of the engine and a new interior. The interior, by the way, was designed by Terence Disdale. At the same time, Terence retained the spirit of the original. The masts were also changed to wooden ones instead of aluminium.

Other celebrity encounters include a Mediterranean cruise with Caroline Kennedy, JFK's daughter. Also in Cannes, Rod Stewart filmed the video for his 1983 hit "What Am I Gonna Do" while on board a yacht.

The ability of the yacht to cope with strong winds and storms makes her stand out from others. Over the years of its existence, Shenandoah of Sark has shown its durability and resistance to the influence of the elements. In 2001, she competed in the America's Cup Anniversary Regatta and also raced in Turkey, Israel, Greece and Croatia. The yacht accommodates eight guests in four cabins, and the crew is usually 12 people. During the competition, their number increases to 20. 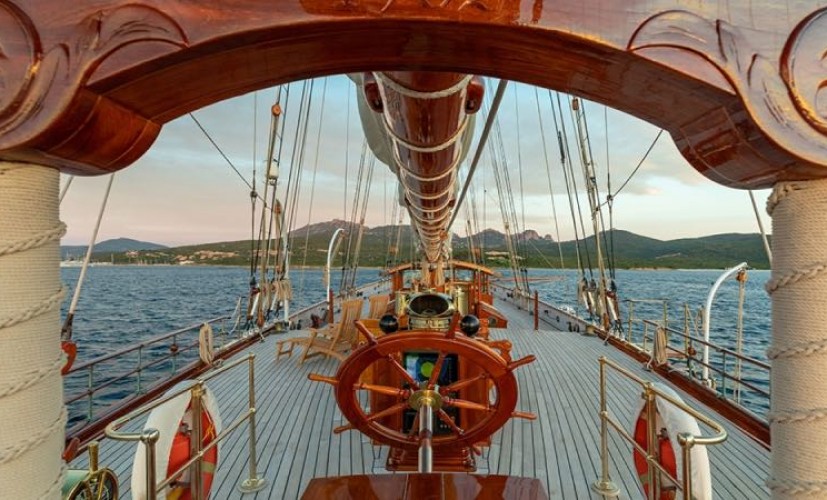 “I've been sailing this yacht for 14 years and still love to raise anchor and set sail,” says Potter, who first joined the Shenandoah as a cabin boy right out of high school in 2002. "Like a vintage leather jacket or good jeans, that allure never dies."

Potter rose to the rank of mate before leaving the ship in 2006 to spend six years aboard motor yachts. In 2012, he was invited back to the position of captain, and since then he has been managing the Shenandoah yacht. 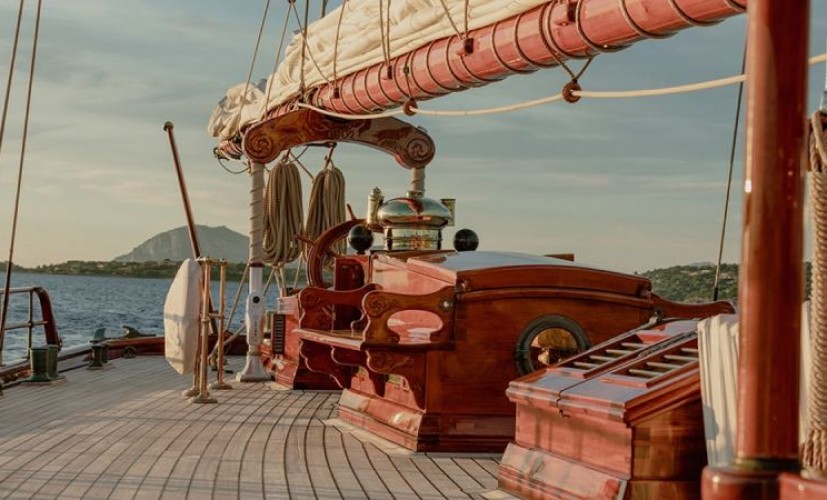 The schooner no longer participates in competitions, but if the crew wishes, it is able to gain high speed. The LY3 certification limits sailing in winds over 27 knots during the charter, but guests are welcome to help line up and the kids love the Pirates of the Caribbean-inspired saloon and deck. 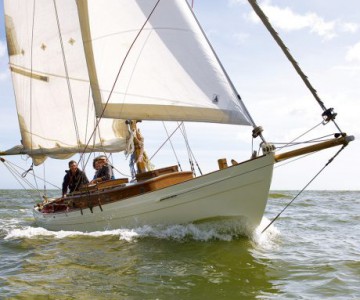 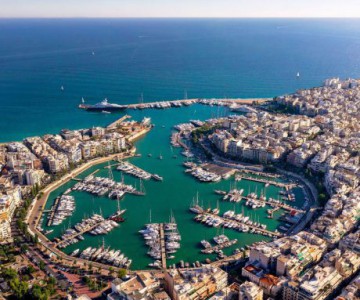 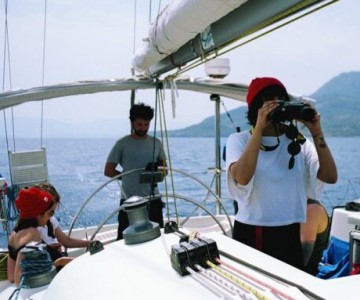