home • News • Seaffinity - the yacht of the future is coming soon!

The French studio VPLP Design has presented the concept of a new 45-meter boat - Seaffinity.

The yacht's hull is predominantly made of aluminum. The creators position the boat as “the yacht of the future”. And for good reason! 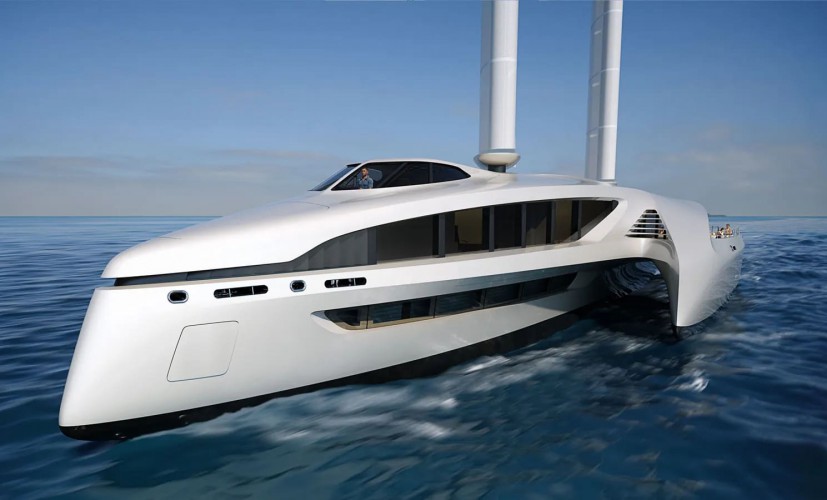 The yacht is equipped with a hybrid engine. In turn, this type of engine is powered by electricity, which is produced from a hydrogen fuel cell. It will be interesting to see exactly how this kind of engine will be used in practice.

Despite the powerful hybrid engine, however, the true heart of the Seaffinity will be the two Oceanwing sails. They will catch every breath of wind and fill the yacht with energy. 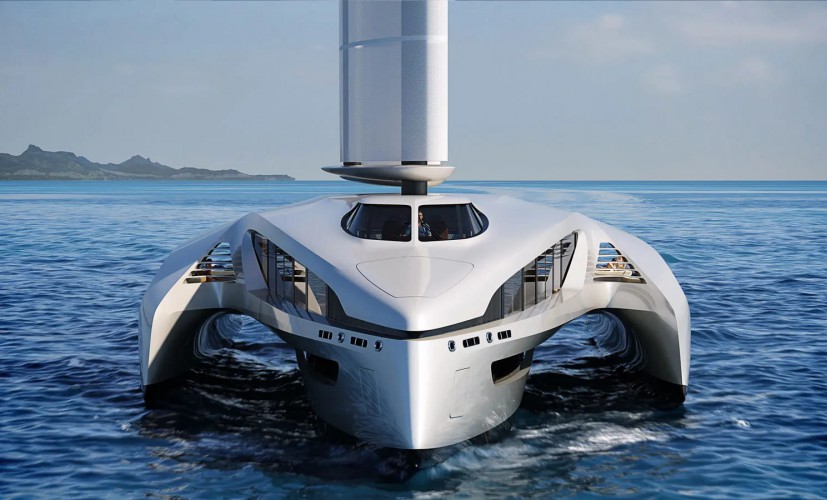 The rest is the same familiar trimaran. At the same time, Seaffinity does not look like something "hackneyed". Never!

The exterior of the yacht in the studio is described as “monolithic”. And the truth is - it looks very "whole" and in a single, very verified style. However, the boat will look incredible at high speed in the arms of small waves! 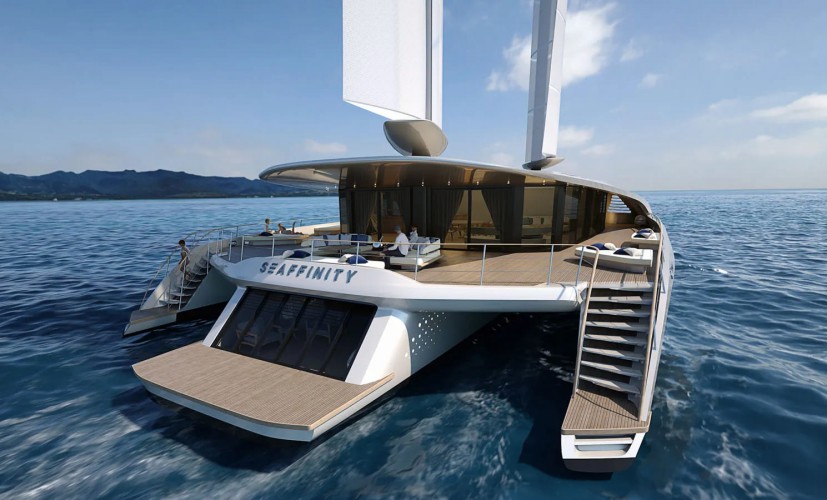 The creator studio does not hesitate to state bluntly: “Our target audience - potential buyers of Seaffinity - are not interested in classic yachts that pollute the environment”.

By the way, among the other ideas of the creators, the leitmotif of pioneering and the desire to say a new word in sailing is clearly traced. Among them is the great integration of boats with nature and the environment in terms of design. 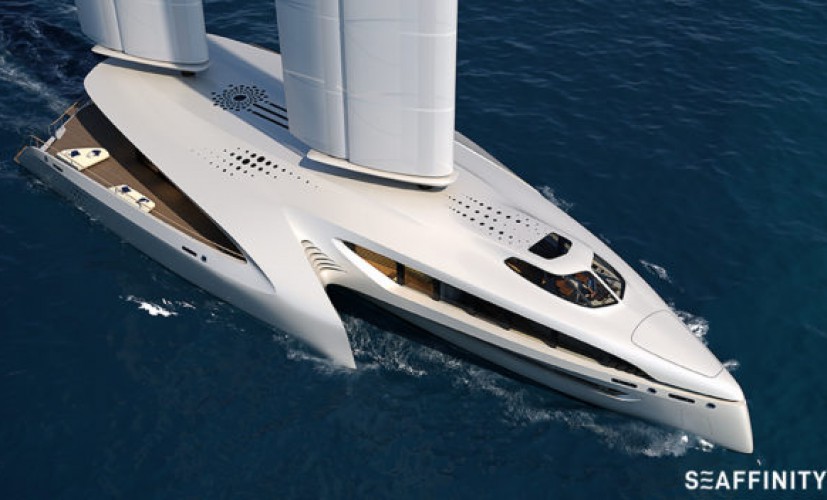 The interior, in turn, is designed in a rather austere style. The studio has deliberately chosen a discreet color scheme.

“The atmosphere is more important than the decorative elements,” the studio said. “However, we didn’t want to create a yacht that contrasted the interior with the restrained and rather austere exterior style and design.” 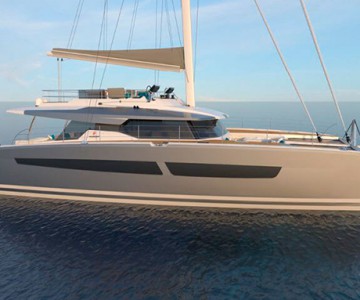 A surprise for connoisseurs and admirers of true French and impeccable! The new catamaran Fountaine Pajot New 67. Aged in the best traditions of the company, the New 67 is the quintessence of excellence. Every inch of this catamaran breathes luxury. He is pompous, majestic, charismatic. 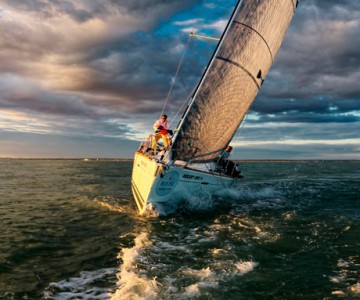 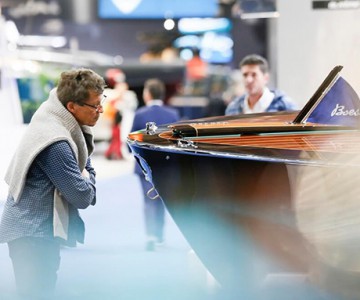