British yachtsman and record holder, runner-up in the 2016-2017 Vendée Globe, Alex Thomson shared his impressions of ocean travel in an interview with Boat International magazine. 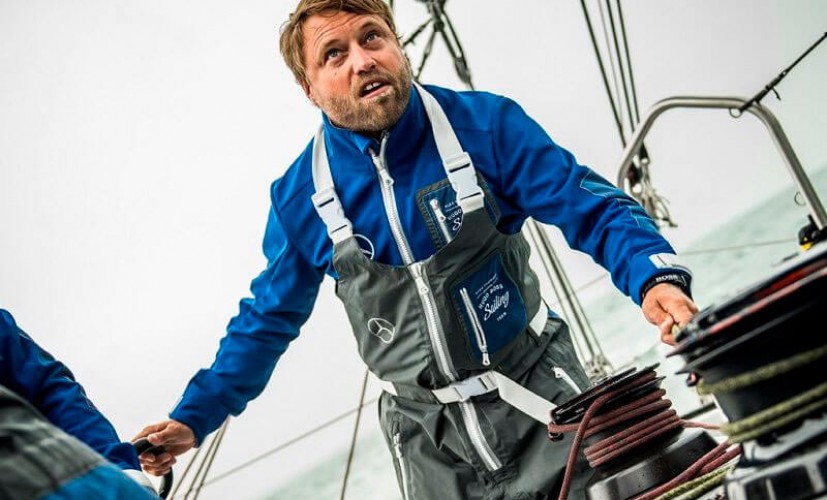 What's your brightest impression over the past few weeks?

Where in the world have you faced the most challenging sailing conditions? 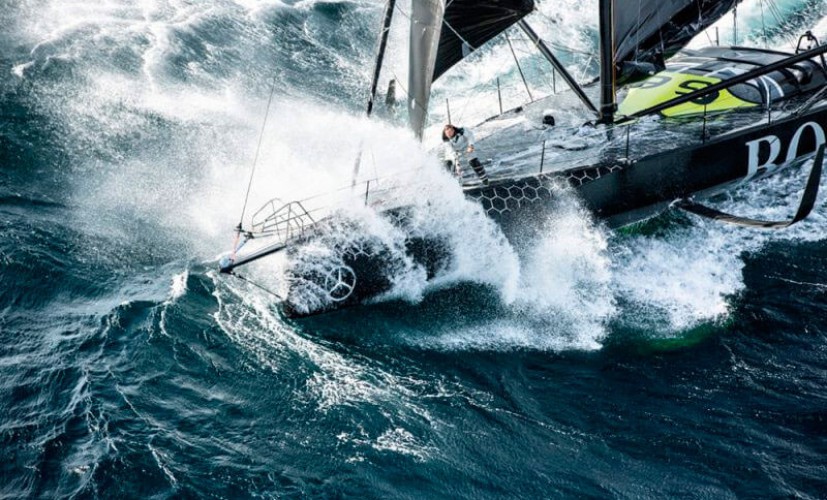 The most distant place where you went on a yacht?

During Vendée Globe I was passing by Points Nemo - this is the most remote point from any land on our planet. This reference point is located in the South Pacific between New Zealand and South America, and the nearest land is about 1,500 miles from this location. The remoteness of Point Nemo means that the nearest human beings near me are the astronauts on the International Space Station!

What is your favorite sailing destination?

I love the Caribbean. My wife Keith booked us a charter after I returned from two and a half months at sea, during Vendée Globe... We walked between the islands and enjoyed our family vacation.

What was your first serious sailing race?

Sir Robin Knox-Johnston for the first time gave me the opportunity to go on a yacht around the world in a race Clipper race in 1998-99, which we won. It was only then that I realized that professional sailing is something that I can seriously consider.

I worked as a boatswain in Clipper, when he first met Sir Robin in 1997. He went on an expedition to Greenland and asked if I would like to be his first mate. I told him that I really want to join him, but I planned to stay at home and prepare the crew for Clipper Race.

Since I was only 23 years old, I asked Sir Robin if he thought I was too inexperienced to be a skipper, and he downloaded which he was not sure, but could answer for sure if I went with him to Greenland.

Ultimately, I went with him to Greenland and it was one of the best adventures I have ever had. The opportunity to be on board with arguably the best yachtsman in the world was an incredible opportunity and Sir Robin was an excellent mentor. I am very grateful to him for giving me this experience.

I was 25 years old when I became yacht skipper Ariel in the race Clipper race in 1998-99. We won, and this is the record that I still hold as the youngest skipper to win a round-the-world race. After this race, yachting became something that I could do as a career. 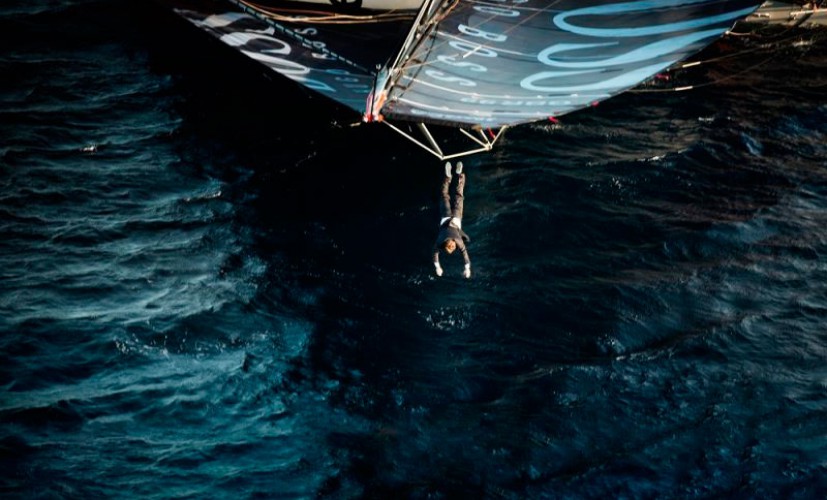 Where do you go to relax?

Kenya is my favorite kitesurfing destination... When I'm not racing and want to spend time with my family, I really try to disconnect. We do a lot of things together, and kiting is always a good release, it gives you the opportunity to relax.

What would be your advice for those looking to travel around the world?

Go out to sea as often as possible. 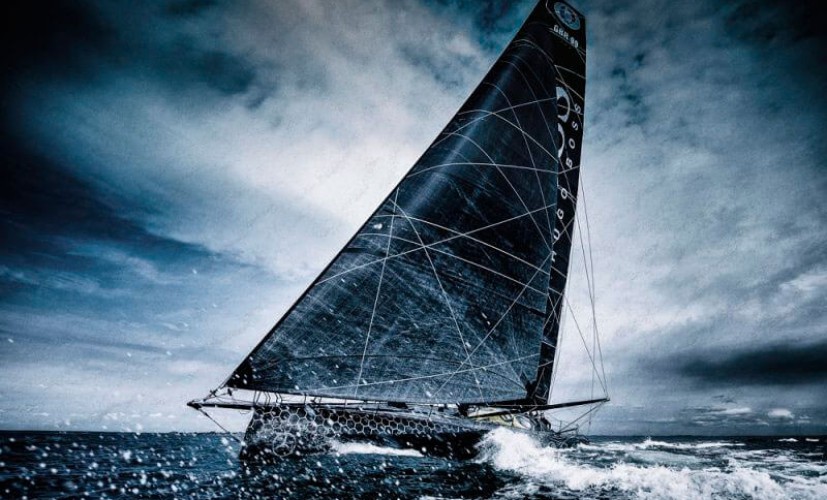 How does it feel to spend three months alone at sea?

I am often asked if I feel lonely during my time at sea for an extended period of time. This may come as a surprise to many, but I do not feel alone on board. I am filled with support from loved ones and strangers, therefore loneliness is not what I suffer from... However, I feel isolated. Being on the high seas for a long time, when you lose sight of the land, shows how small and insignificant we are, like the human race, and this is what humbles me incredibly.

What drove you to become a world class yachtsman?

First, I love competition incredibly. If I play squash or tennis, I go out with cuts and bruises. Secondly, it is a challenge. When it comes to Vendée Globe, it turns out that more people have flown into space and climbed Mount Everest than those who have circumnavigated the world without stopping. Thus, from the point of view of sports tasks, this is an objectively difficult matter. Plus, the fact that you are sailing in a boat that is specially made for you. If you are a car fanatic, this is the equivalent of having the opportunity to build a unique racing car just for you. In terms of toys for boys, it couldn't be better. 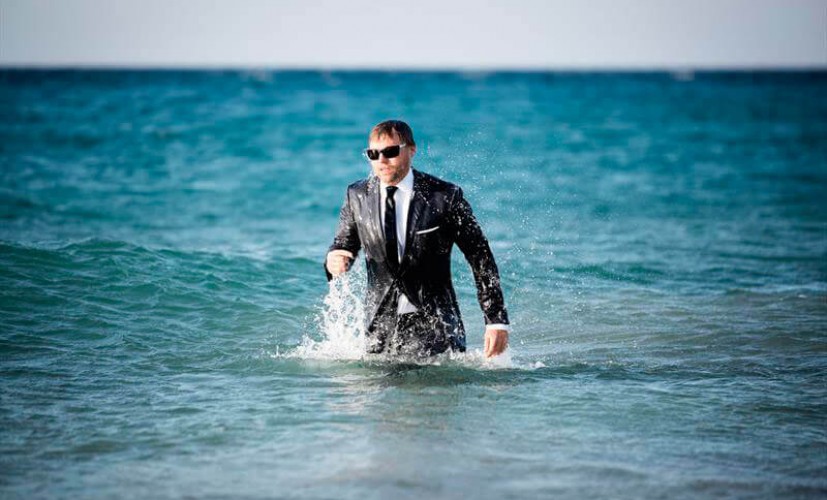 What are the most valuable design attributes of the IMOCA 60?

Hydrofoils were an innovation in the class IMOCAwhich provides the boat with lift and significantly increases the speed in the right wind conditions.

What's left on your wishlist?

My ultimate goal and the top of my list is to win Vendée Globe... The next race will be in 2020, so now all my attention is focused only on this. 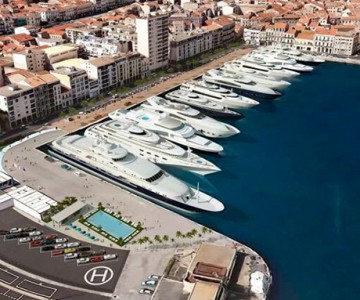 IGY Marinas to build their first superyacht marina in the Mediterranean

IGY Marinas and P&O Marinas, a subsidiary of DP World, have announced a new superyacht marina project in Sete, France, which will begin construction at the end of the year. 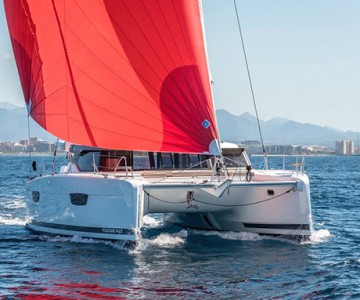 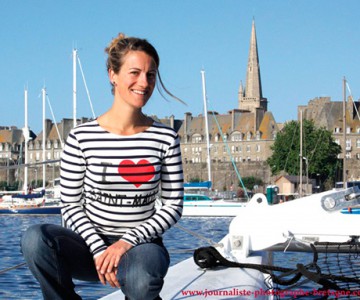 The first circumnavigation of the world by Servan Escoffier

Servane Escoffier has long dreamed of traveling around the world!