ZEN 50: a new word in ecoyachting

Hello! We end the week on a positive note. We caught the eye of a new interesting yacht - ZEN 50. Its main feature is the use of exclusively environmentally friendly energy sources. Interparus understands!

At the forefront is the rejection of the use of elements dangerous for the planet's ecosphere. Catamaran ZEN 50 is the first catamaran in our memory that combines solar energy and sails. 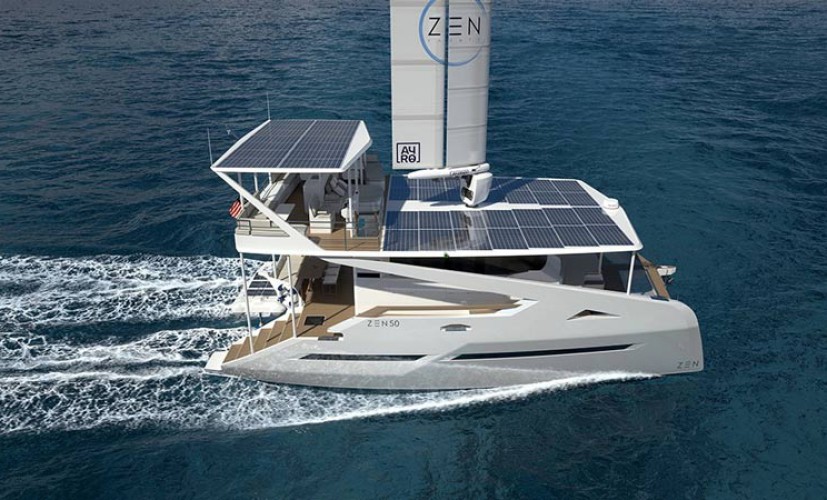 The catamaran company is young but ambitious. She announced herself just recently - last year. And almost immediately began the active development of its first model. By the way, the company is called Zero Emission Nautic (ZEN for short). The name fully justifies the ideology of the company.

The well-known naval architect Julien Melo took part in the creation of the boat. Julien is one of the inspirers of the project - he is an eco-activist and has long been involved in the development of environmentally friendly technologies.

The new ZEN 50 is just over 50 feet (15 meters) long. The creators decided to simplify the work of the sails and the engine - the designers decided to make the hull in the style of racing yachts. Carbon fiber was used as the body material. The cat weighs 16 tons and is equipped with a huge solar battery. This battery generates up to 16 kW of electricity. 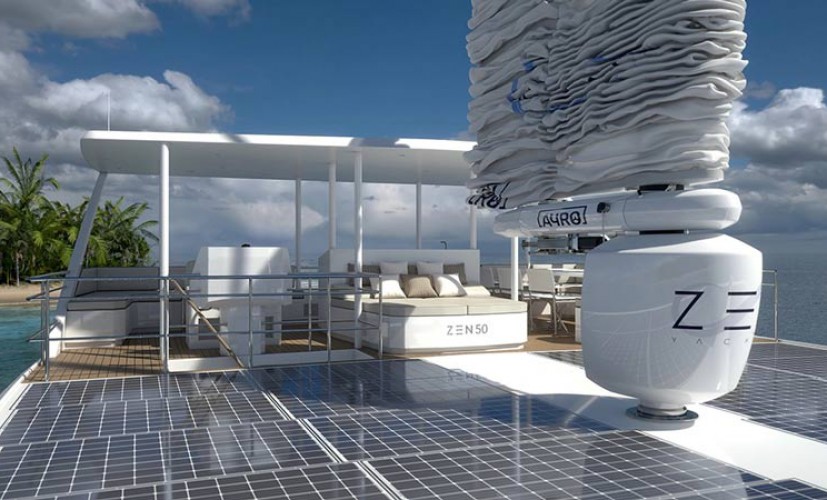 According to the Zero Emission Nautic report, the ratio of the mass of a 50-foot yacht to the energy produced by the battery is 1:1, i.e. the solar battery fully covers the electricity consumption of all kata systems. The environmentally friendly energy is stored in a special battery with a capacity of 160 kWh. This battery powers two 40 kW electric motors. Thanks to these engines, the boat can move silently.

On deck and in saloon

ZEN claims that the flagship yacht is the world's first production catamaran equipped with the Wingsail system. The sail control system is automated. The mainsail is easy to set up and lower with just one button. If you are a fan of tinkering with rigging, then this is bad news. If simplicity and comfort are more important - well, this kat is worth a closer look. 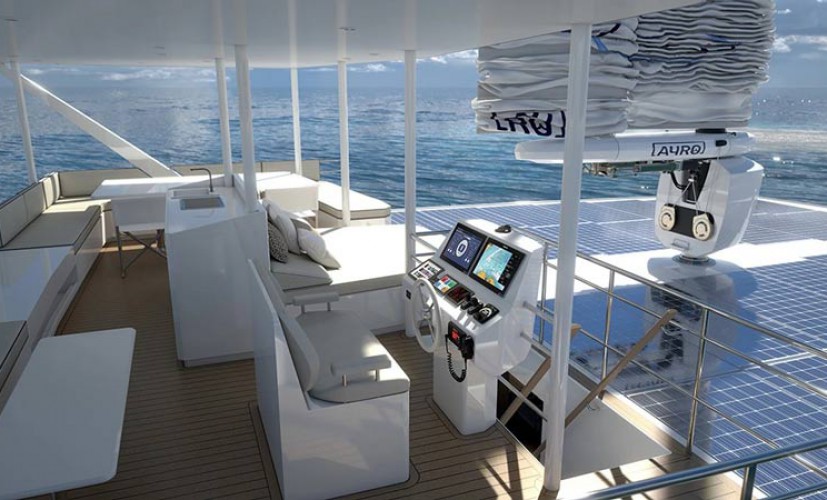 In the cabin, meanwhile, the kat offers a range of luxurious amenities. The layout includes three separate dining areas, three galleys of different sizes and cozy cabins. The cabins have bathrooms, the kat can accommodate up to 12 guests. Available flybridge area of 366 square feet (111 square meters). There is also a solar panel on its roof. 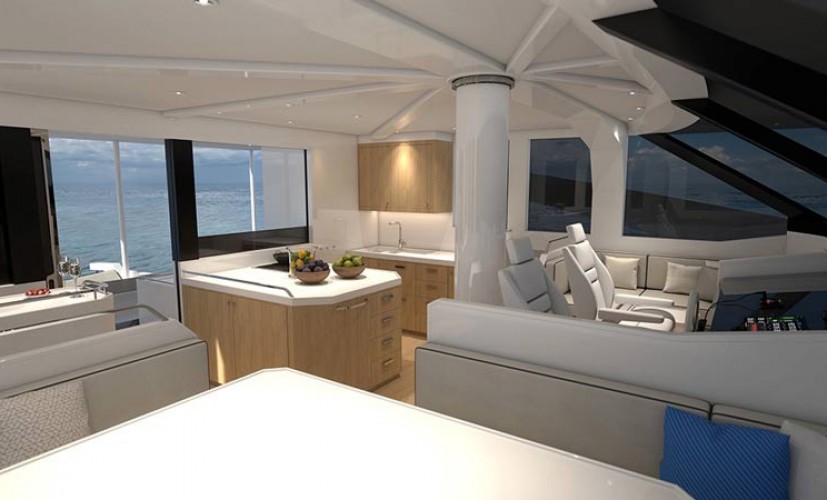 “We wanted ZEN to be a real solar boat,” Julien Melo said in a statement. “That is why the first yacht under construction is not equipped with a single generator and will not have a drop of fossil fuels on board.” Indeed, even the tender aboard the first hull is electric and will be recharged by a kata battery.

Liked the review? Don't forget to rate! There are many more interesting articles on the site, all links are below!

read also:
“WE WILL LIVE”: FIRST COMMENTS FROM BRIG!
read also:
WHY IS SO MUCH SUPERYACHT NEWS? 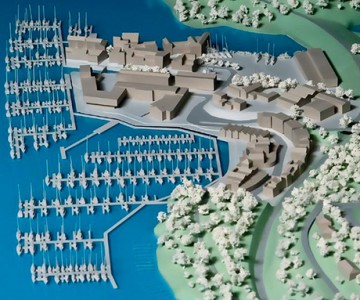 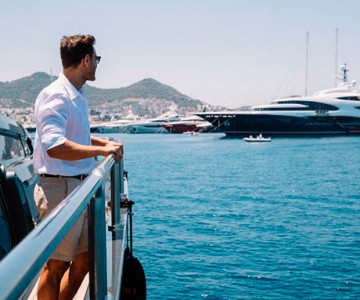 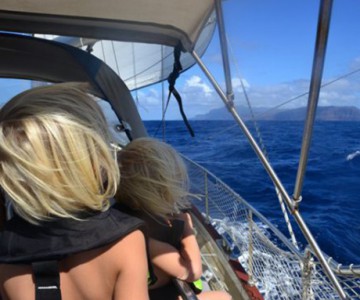 How to pull yourself together and decide on a family trip around the world?

The couple Christian Coqui and Sabrina Kuttruff-Coqui from Stuttgart, Germany, travel on their yacht Moya (Motiva 39S) with two very young children, Joshua (5 years old) and Jonathan (3 years old). For the first time, Christian and Sabrina went on a long voyage in Europe when the eldest son Joshua was not even two years old, and the youngest Jonathan was only three months old. Two years later, the family moved on a boat permanently to travel around the world. After resting in the Caribbean, they went to the Pacific Ocean. If you are also planning, or just dreaming of traveling with your young children, but are still not sure how you will handle it, the ideas of Sabrina and Christian will definitely inspire you to take this step!