home • News • For a long weekend in La Rochelle 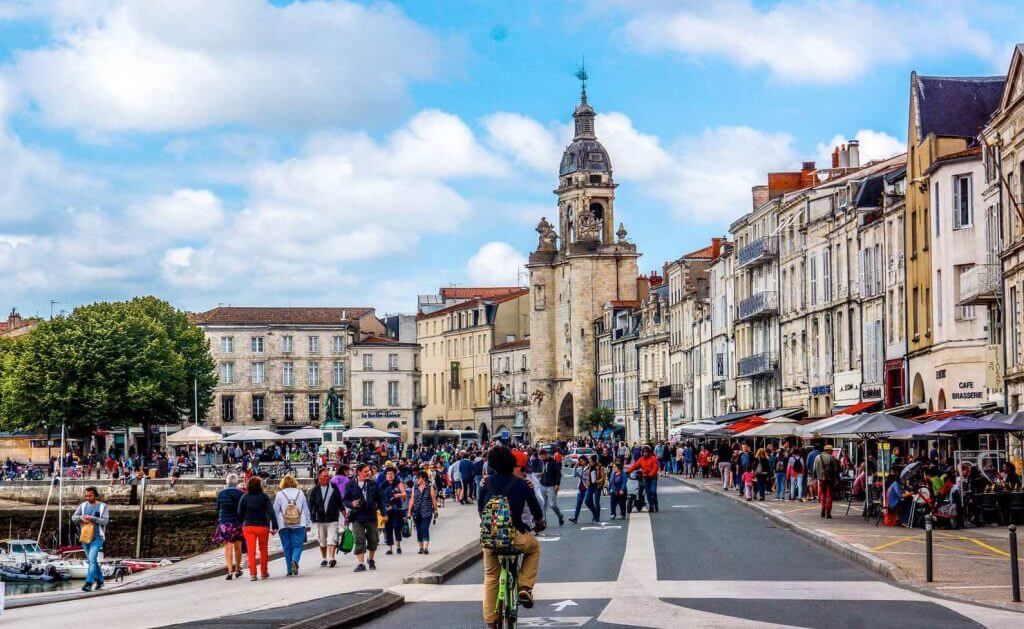 Earlier, at the entrance to the canal, we noticed the Lantern Tower with its distinctive spire against the blue sky. For many centuries, its light showed the way to sailors who came to La Rochelle for trade. Although, there is a dark side to the history of the tower - for a long time it served as a city prison.

We really enjoyed the perfect sailing trip from Les Sables-d'Olonne, passing under the curved bridge connecting La Rochelle and the Isle of Ré, then saw the red Richelieu tower and then under the motor went to the buoy at the entrance to the canal leading in town.

The Atlantic coast of France is dotted with many wonderful islands that are long overdue to explore and La Rochelle serves as an excellent prologue and a great starting point for visiting the islands. Ré, Oleron and the island d'Ex - one of 15 protected islands in France (IlesduPonant). 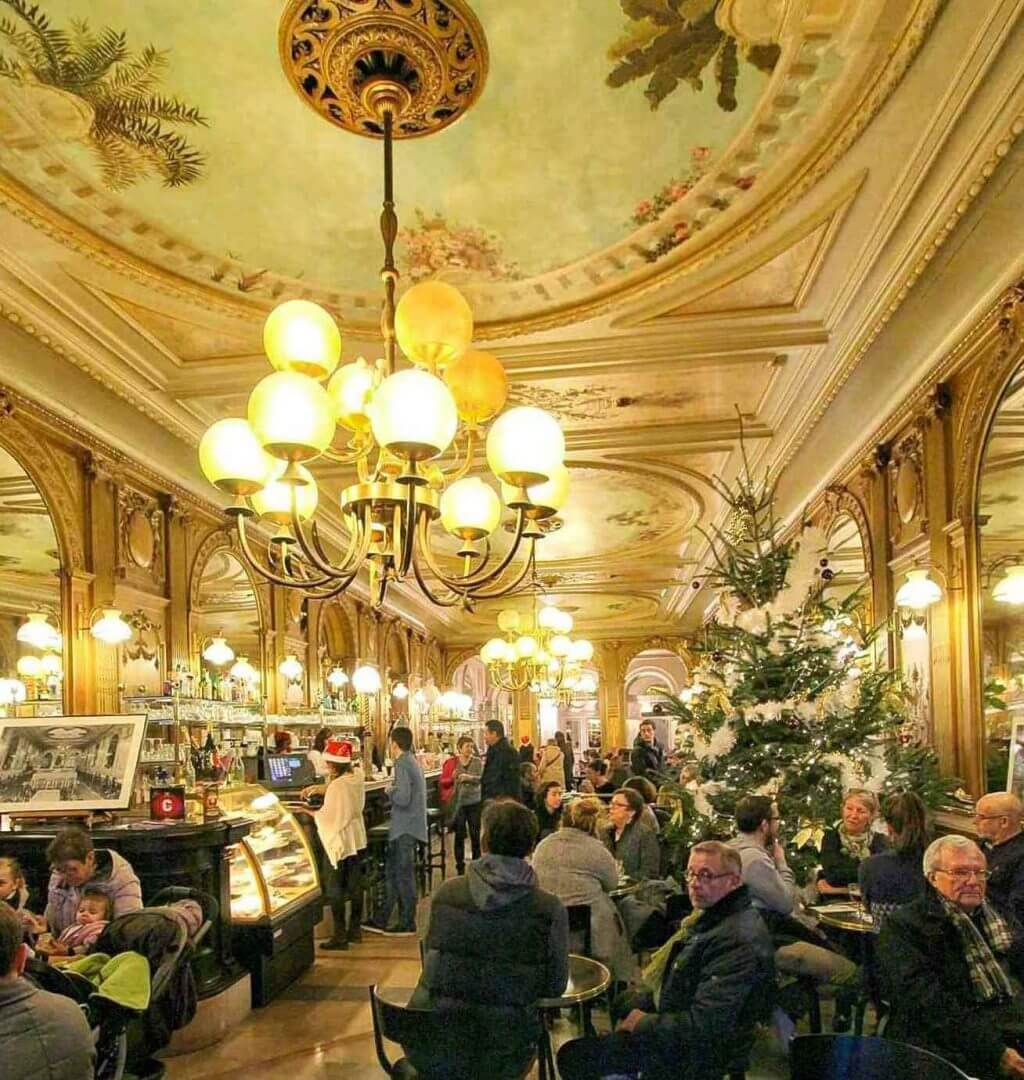 We have booked in advance a place in the Old Port - in the very heart of the city. Dodging ferries and boats with tourists, we docked at the guest pontoon and on the way to the port office to pay for parking, we could hardly take our eyes off the amazing architecture. After completing all the formalities, we went to explore La Rochelle, passing under the arches of the clock gate of one of the main gates of the medieval city. We wandered through the streets, looking at half-timbered houses and Renaissance limestone buildings, passing under many 17th century arches.

In search of a place for a snack, we stumbled upon the lush Café de la Paix, one of whose regulars was a great admirer of a smoking pipe Commissioner Maigret, the hero of the novels of Georges Simenon. The cafe has been restored in the spirit of the 30s - wood paneling on the walls, stucco, candlesticks and mirrors. After quenching our thirst with a glass of Kronenbourg beer, it was time to shop, and we headed to the city market.

Everything turned pink as soon as we entered the market square - hundreds of bright pink merchant umbrellas filled the square in front of the market building. Inside the market, we bought vegetables and fresh fish, and then went to the boat to cook it all. 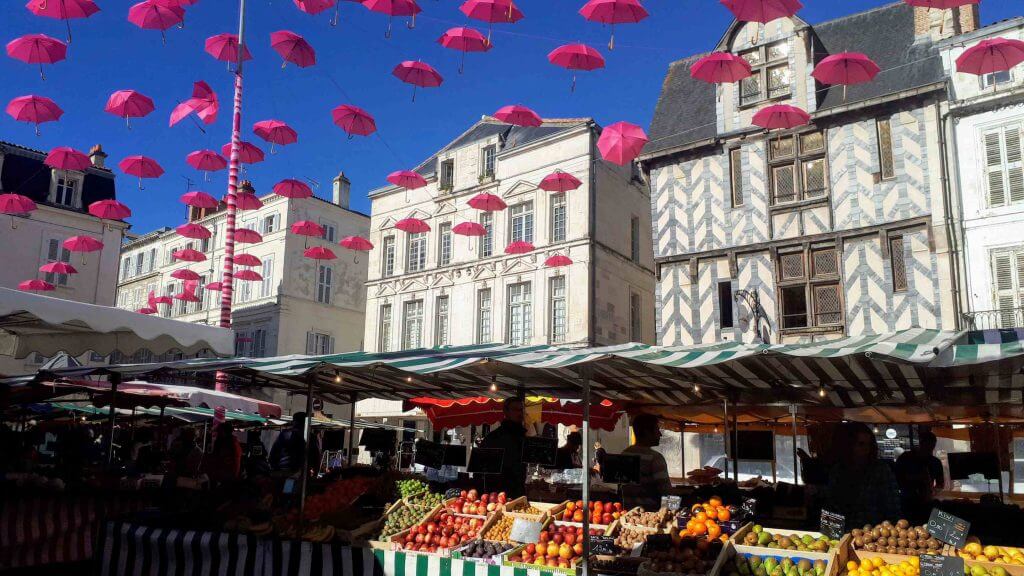 After lunch, we eagerly sought to continue our research and went to maritime museum... Many street cafes around the Old Port reopened, but we resisted temptation to continue our way along the Aquarium building and the fishing port (Bassin de Chalutier) to the entrance to the museum. The three combined buildings capture the history of the Port of La Rochelle, but the highlight of the exhibit is the historic fleet, which is represented by the French meteorological vessel, France 1, Bernard Moisier's yacht Joshua1 and the 31-foot yacht Damien, which circled the globe through the Arctic, Amazon and Antarctica under the control of Gerard Janichon and Jerome Pons in 1969-1973. Inside France 1, we climbed every deck, engine bay, cabins, galley, dining room and bridge. There was also a separate exposition dedicated to Moisier and Damien, a bar was organized on the upper deck, where we, sipping wine and snacking on cheese and sausages, admired the sunset.

Early the next morning, I went in search of freshly baked bread, plunging into the streets of the St. Nicholas district. Moving on the smell, I came across an orange-dyed bakery BoulangerieSaintNicolas and then my stomach rumbled. With a couple of baguettes under my arm and a bag of pastries in hand, I returned to the boat to have a belly party. Despite the German occupation during the Second World War, the landscape of La Rochelle was not badly damaged. Initially, we were eager to visit the docks located on the outskirts of the city, built for Nazi submarines, but found out that they are closed to the public. We found a museum instead LeBunker within walking distance from the Old Port. The sign shows a black cat, arched back, the emblem of the 3rd German Submarine Flotilla. After paying for the entrance, we went down to the belly of the bunker. Since we were alone, we were able to calmly examine every room describing the times of the German occupation and the French resistance.

Returning to the street, the sun was shining brightly, and we went again to the area of St. Nicholas, once a fishing village. Today, the area has a more bohemian touch, with an intricate web of cobbled streets, cozy squares, art galleries, shops, cafes and bars. We wandered between vendors at an open-air flea market until a busy street led us to La Rochelle's main drinking establishment: CaveLaGuignette. Opened in 1933, this wine cellar still retains its charm as it did 80 years ago. We sat down at the counter, the tree of which keeps the warmth of thousands of visitors before us, ordered a bottle of light wine with a pleasant fruity aroma. While sipping wine, we could not get enough of the atmosphere around and force ourselves to return to the boat to go tomorrow to explore another pearl of France - the island of Re. 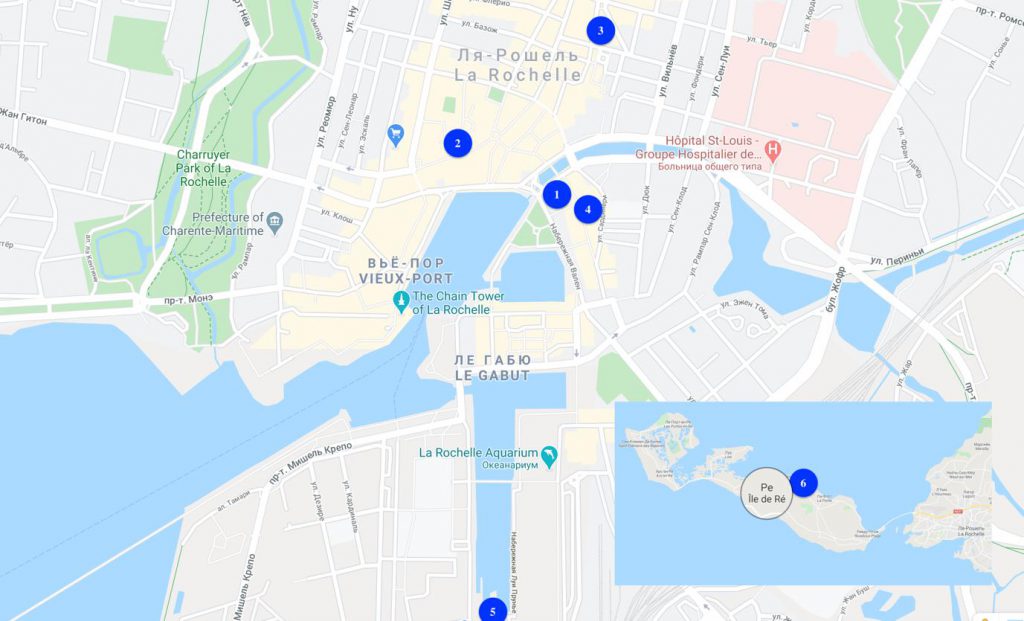 1 Bernard Moisier (1925-1994) - French sailor most famous for his participation in the round-the-world race Sunday Times Golden Globe Race, 1968 - the first non-stop, single, round-the-world sailing yacht race. And he could have won it, but decided to continue on his way to Tahiti and not return to the starting point in Plymouth, England, thereby rejecting the idea of commercializing long-distance sailing races. 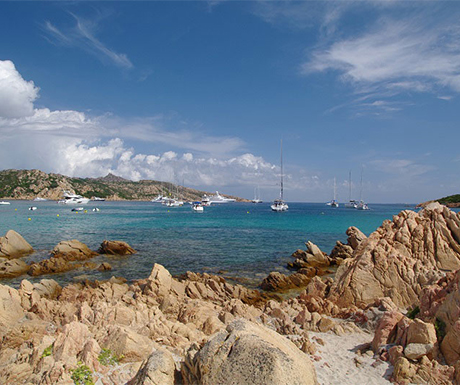 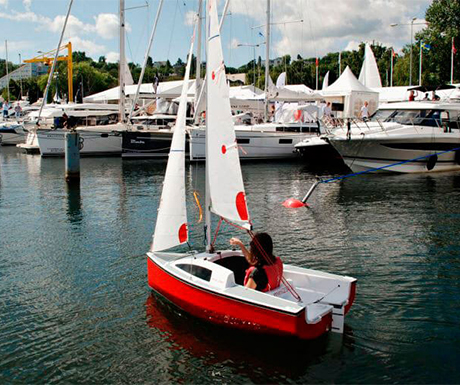 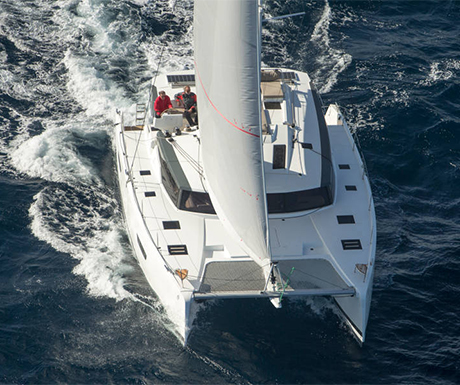 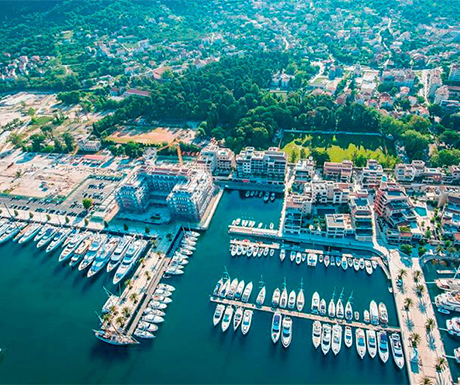 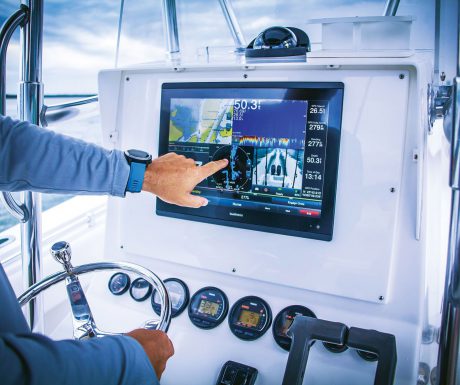 Knut Frostad, CEO of Navico, and Brett Dybki, President of ASG, a subsidiary of the Brunswick Group, discuss the details of the acquisition of the American yachting leader, the marine electronics company, the reasons for this and the prospects for the development of motor and sailboats. 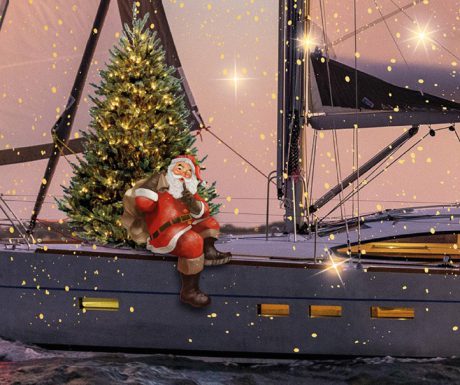 Do you dream of becoming a yacht captain? 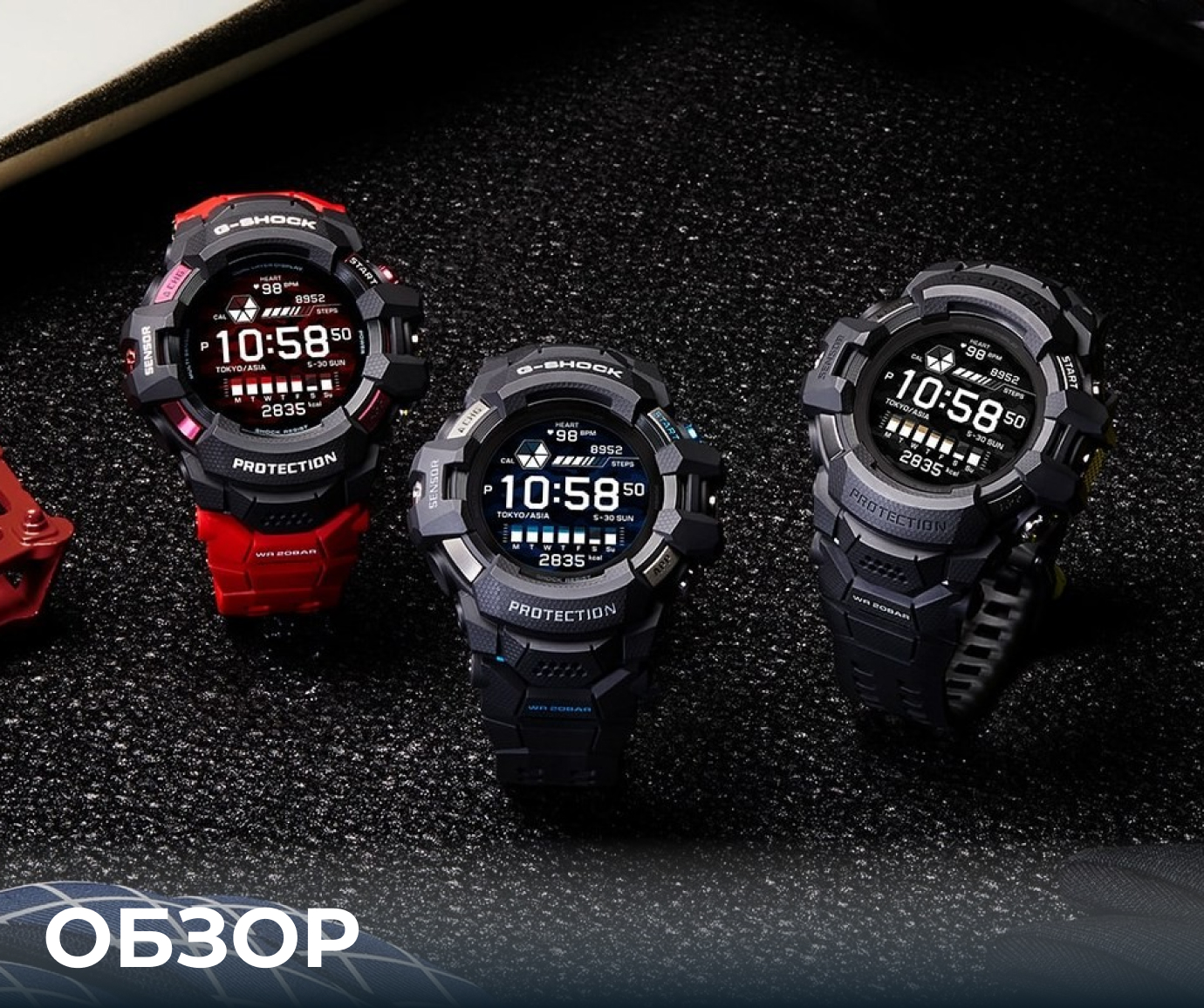 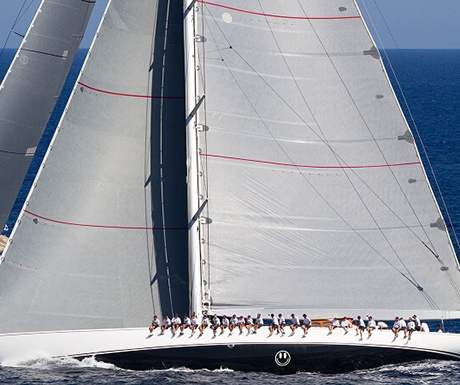 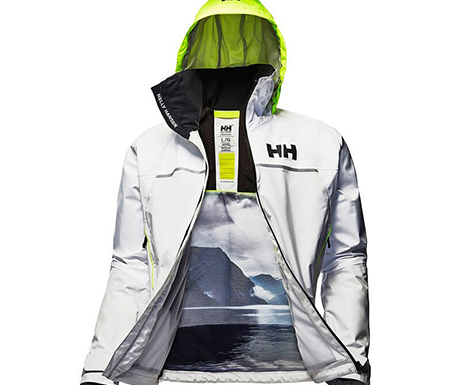 Helly Hansen's new sporty and lightweight jacket is designed to provide maximum protection on the water. Specially shortened for free movement, with a shorter collar and snug hood for better visibility. 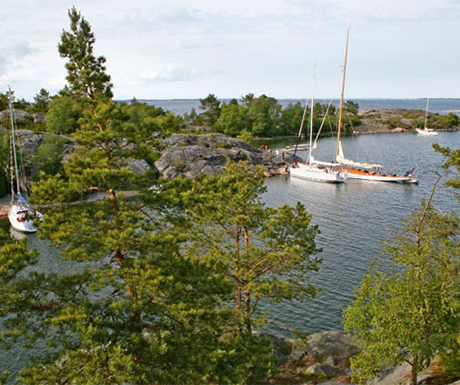 Stockholm Archipelago: Known mostly only to Swedes as a sailing region. 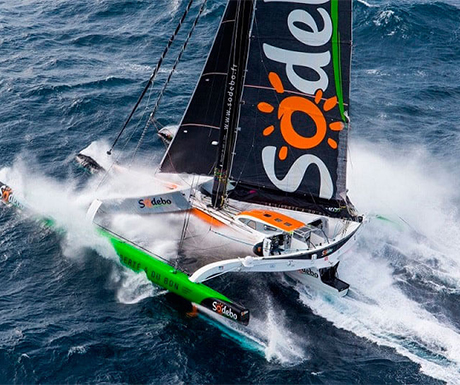 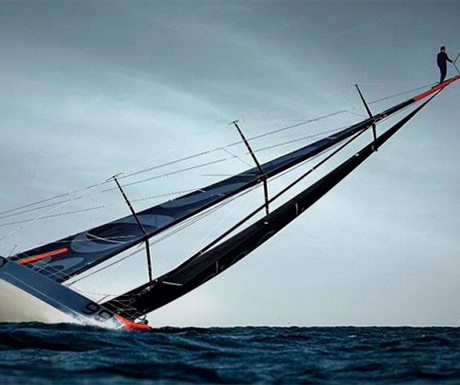 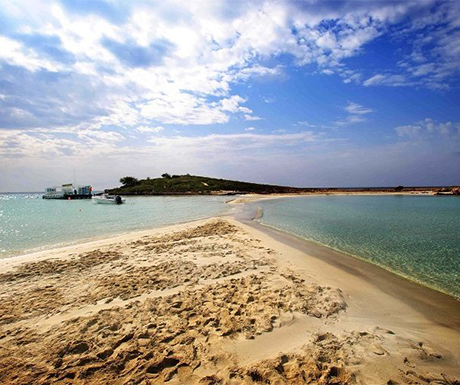 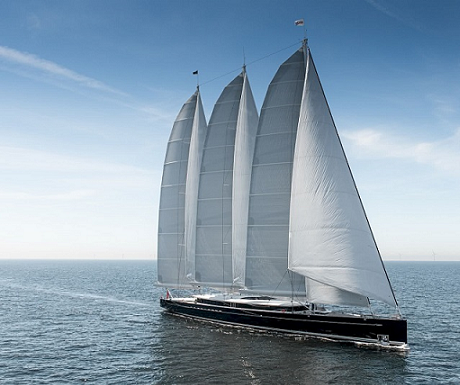 The 81 m long Sea Eagle II schooner was built by the Dutch shipyard Royal Huisman. Today it is one of the largest superyachts in the world. Despite all the restrictions due to COVID-19 and the quarantine in the Netherlands, Royal Huisman continues to work even in such difficult times, observing strict rules. 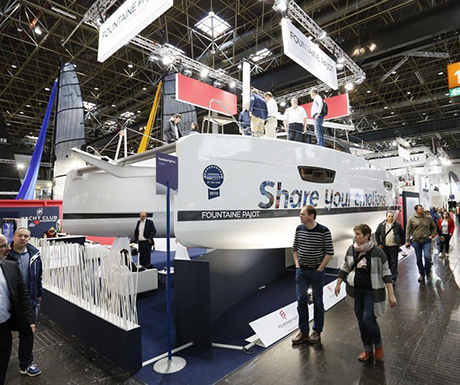 The largest yachting exhibition in Europe will open its doors on January 18, 2020, and will run until January 26 inclusive at the exhibition center in Dusseldorf. As always, this will be a very special event for the entire yachting industry and for the boat show visitors who invariably come to Düsseldorf from all over the world every year. 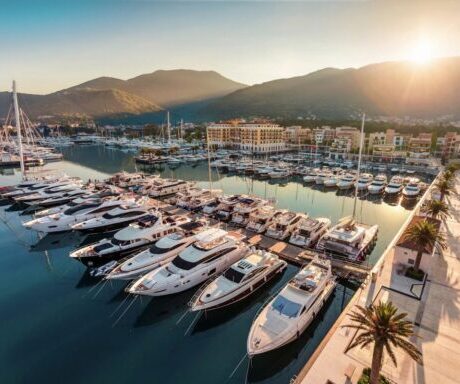 The first thing I want to note is that you should not underestimate this compact country, as Montenegro has many beauties to offer, even for the sophisticated traveler. It has a strategically advantageous location - close to Croatia, Italy, Greece, and is also an excellent place for recreation and training for beginner yachtsmen, as well as family crews with children. The length of the coastline of Montenegro is slightly less than [...] 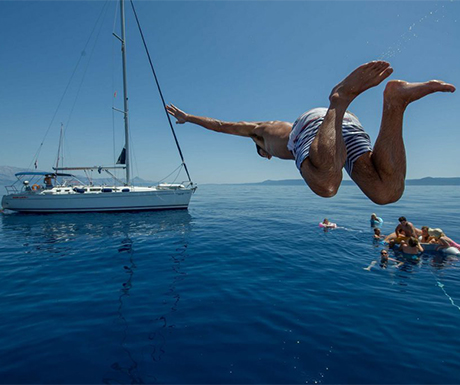 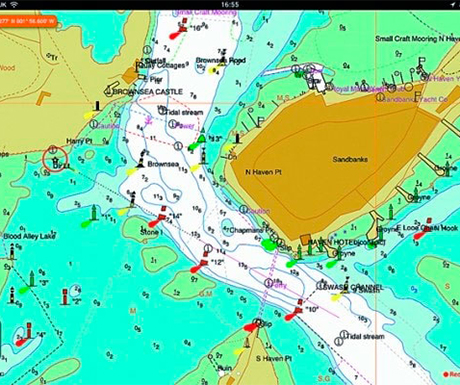 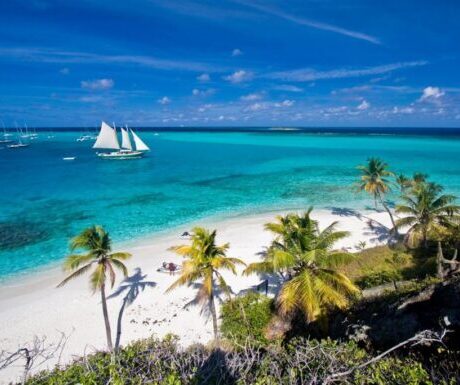 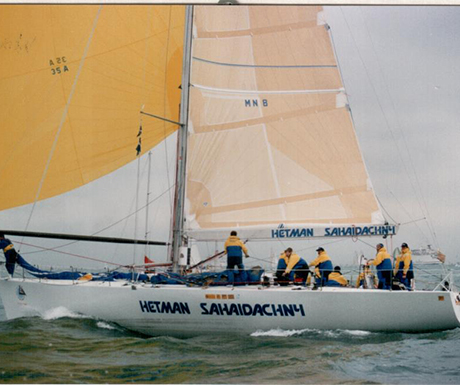