There are fewer and fewer classic yachts every year. Even with the increased demand for modern boats, there are always enthusiasts who are willing to spend a lot of money on the restoration and fine-tuning of legendary sailing yachts. Weather Bird is one of those. Interparus will tell you the exciting story of this boat!

Origins of the legend

Weather Bird is not just a classic wooden yacht. The 101-foot staysail schooner is a real fairy tale from the 1930s. The yacht is interesting because it has seen many iconic artists on board. Ernest Hemingway and Cole Porter liked to meet on Weather Bird. 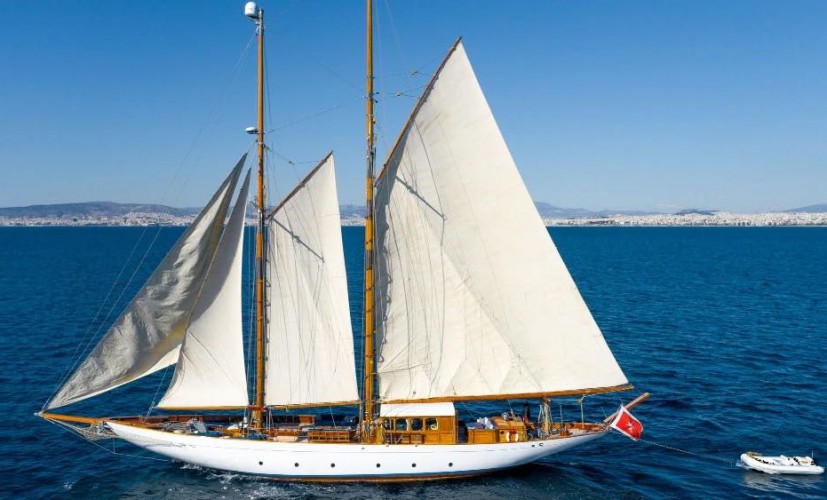 Coco Chanel walked along her teak decks more than once. Pablo Picasso found inspiration in rich lacquered wood finishes. Louis Armstrong himself dedicated a song to her, and then hid the record deep in the frames of the wooden case.

The 90 year old yacht is well preserved. She recently emerged from a 12-month refurbishment by undergoing a complete mechanical overhaul. The current owner of Weather Bird bought the yacht 18 months ago. His two previous boats were Tecnomar motor yachts, an 83ft and a 120ft. But wooden schooners are his real passion.

Weather Bird and her style

The oak hull of the yacht, designed by Vladimir Orloff, has survived to this day almost unchanged. What, alas, cannot be said about the interior decoration. It had to be extensively restored. The owner wished that the decoration was in the Art Deco style. For a meticulous restoration, he used sketches of the original decoration. It was very important to maintain the unity of style. 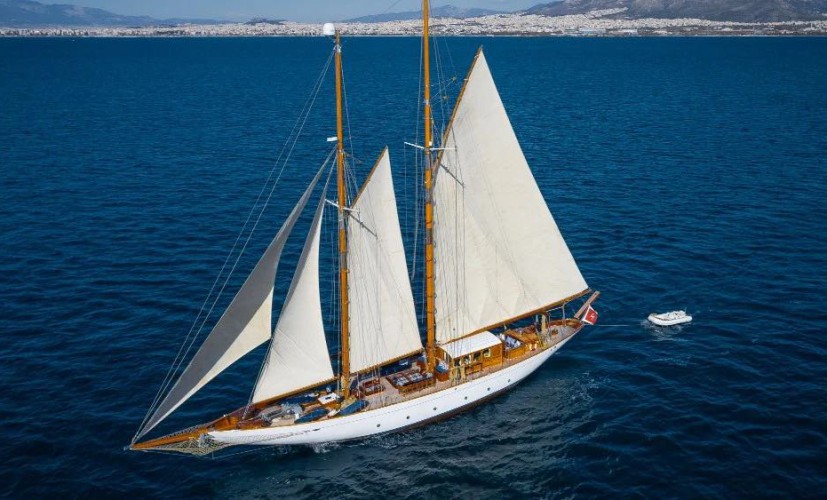 The owner says: “I explored the ship and found magazine articles and books about what lamps and ceiling lights looked like in those days. I also found an 80 year old carpenter who used to build wooden boats and he supervised most of the work.”

How the Weather Bird Spread Its Wings

Built in 1931 by Chantiers Navals de Normandie, Weather Bird was the leading superyacht of her time. Her original owners, socialite couple Sarah and Gerald Murphy, settled in the French Riviera, where they entertained the artist community of 1930s Paris aboard their newly built yacht. 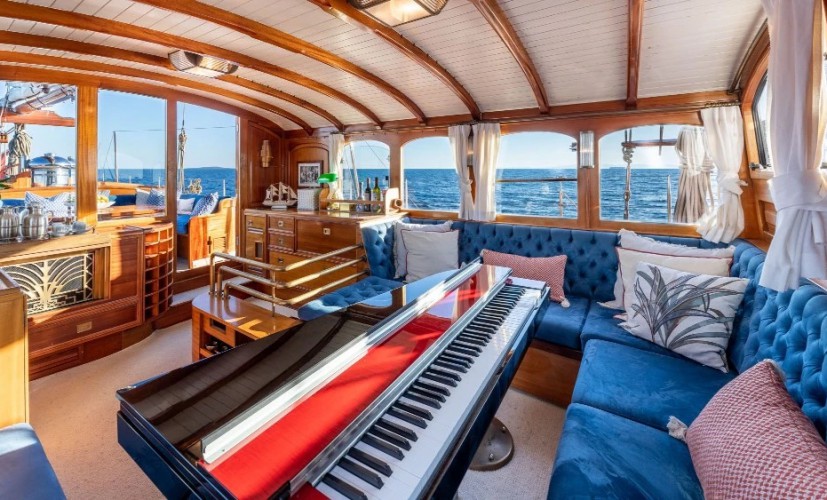 At one time, the French artist Fernand Leger used this two-masted schooner as a floating studio. Fernand even created a series of watercolor paintings depicting the ship. Picasso painted a portrait of Sarah Murphy on board seven times. It is also believed that F. Scott Fitzgerald portrayed the Murphys as the main characters in his novel Tender is the Night.

The current owner of Weather Bird understands what a legendary boat he has acquired. That is why he does not want to “shine in public” once again. However, he is very willing to share the details of the history of the schooner: “I could not verify this, but there are rumors that Louis Armstrong, who was a friend of Sarah Murphy, wrote a song called “Weather Bird” and mounted the first record in the keel of the yacht. It's a difficult job to open a 40-ton keel to check, but it was written in all the newspapers of the time, so I like to think it's true.

The yacht has undergone several repairs since its launch. The 2021 facelift included new engines and generators. All electrical systems have also been upgraded and are controlled by the Lutron system. It can be controlled with a smartphone. 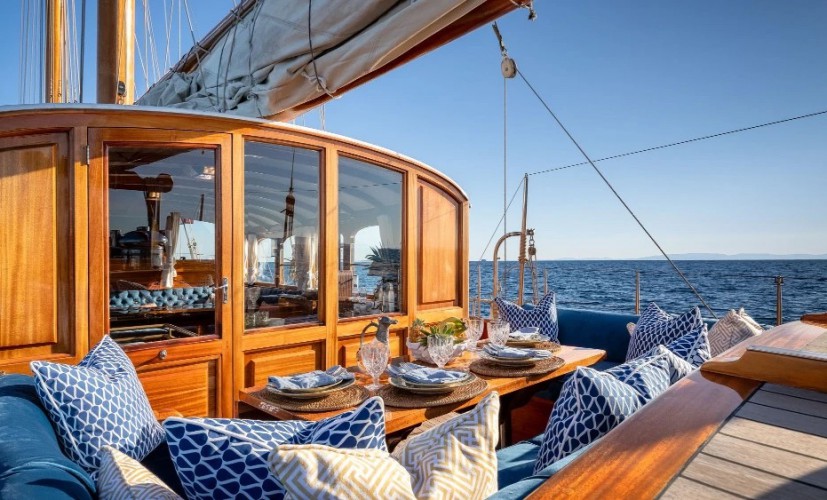 The owner added his own touches as well. Among them is a folding piano in the center of the main saloon. The fireplace was restored, but this time it is gas-electric. The main sails are also now electrically controlled. Now you can put the yacht under sail in less than three minutes!

On the tank there is a place for sunbathing. The side ladder makes it easy to disembark guests. In the center of the deck is a cozy seating area. The new cockpit features custom-made electrical gauges and switches. Thanks to the new sail control system, the yacht can be steered by one person.

This summer, the yacht plans to sail the Greek islands. Route: Patmos and Hydra and then to Bodrum in Turkey. Given the 14-foot draft, the yacht will have to anchor outside the marina. 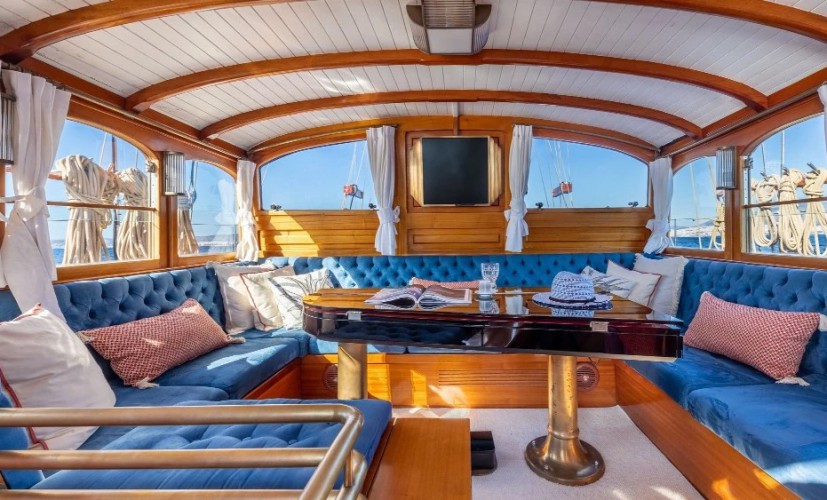 This worries the owner a little, who has been visiting her every day since the purchase of the yacht to relax and admire the beauty. “There is an amazing atmosphere on board,” he says. "You feel a bygone era and the guests who have been through it."

Despite the fact that the owner has already become related to this legend, he is ready to let her go on a free voyage. He put the yacht up for sale for about $4 million.

It's time to evaluate the material! Also, do not forget about other interesting articles that you can find on the links below or in the "News" section! 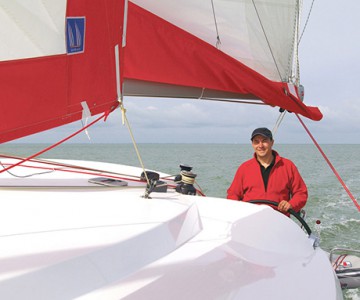 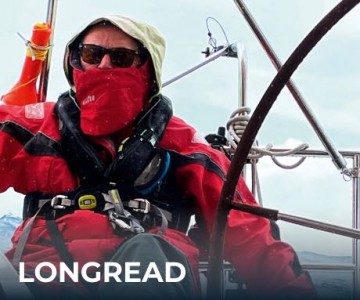 Offshore sailing or a day cruise - a true skipper is versatile and ready for any challenge! We decided to give some tips to skippers to make life easier for everyone on board, including the skipper himself. 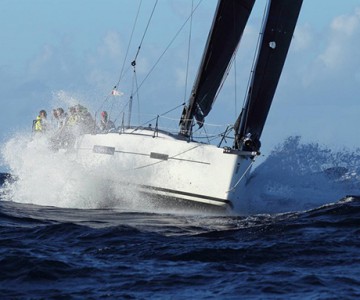