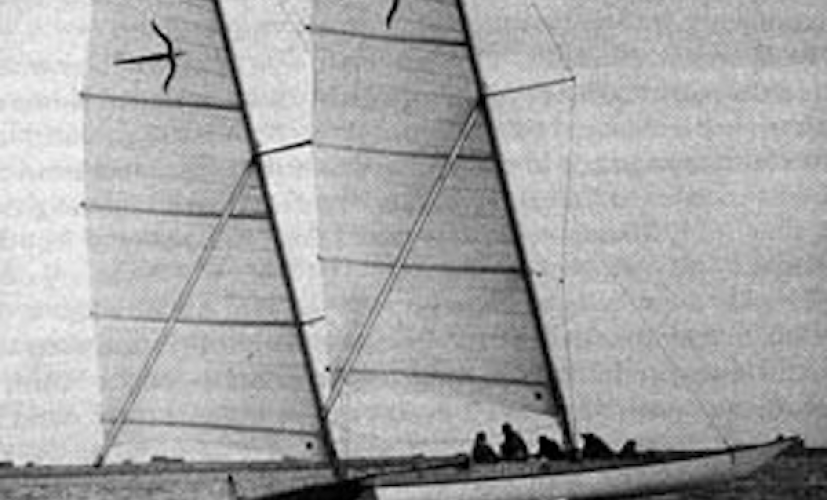 The first recorded speed record for 500 meters was set in 1972. The speed of 26.3 knots was developed by the British sailor Tim Colman on the yacht Proa Crossbow. Over the next eight years, Colman strove to break his record, which he did six more times. Four of them are on a modernized boat, the Crossbow II catamaran. In 1986, Frenchman Pascal Maka broke the record by covering the distance at 38.9 knots in Sotavento, Spain. It is noteworthy that Maka took the windsurf record! For the next 22 years, it was windsurfers who held the 500m speed record.

Then came the era of kitesurfers. And until 2009, sailing ships did not set any noticeable records. Everything changed with the arrival of the trimaran l'Hydroptère. In 2009, skipper Alain Thébault on l'Hydroptère set a record speed of 51.4 knots. 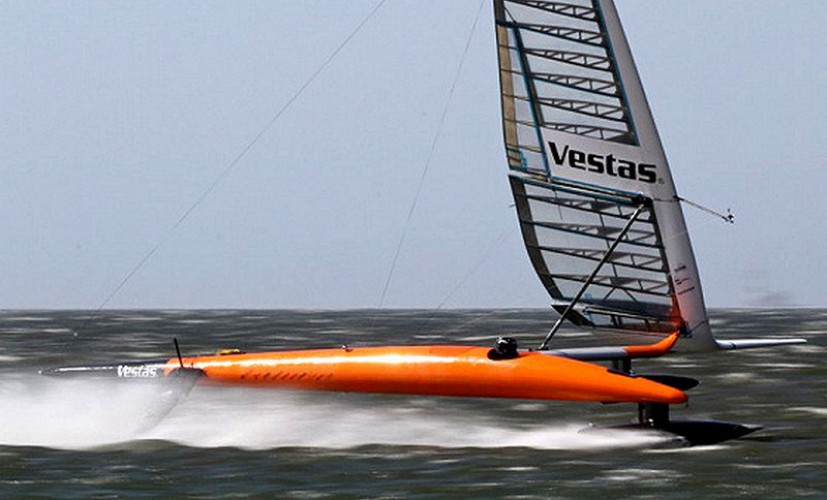 In November 2012, Paul Larsen aboard the Vestas Sailrocket 2 broke the previous record by nearly 4 knots, but that was not enough for him. About a week later, he improved his time and broke the 60-knot barrier for the first time. A decade later, Larsen's record of 65.5 knots remains unbroken.

Maximum speed at a distance of one mile

Competitions for speed and direct running, and "one mile" - sprint. So it would be strange not to see names familiar from the previous paragraph here. Therefore, we decided to take a little less well-known record holders. However, there is nowhere to escape from windsurfers. The landmark record was set in 2003 by Dutch windsurfer Bjorn Dunkerbeck in the Canary Islands. He developed as many as 34 knots. 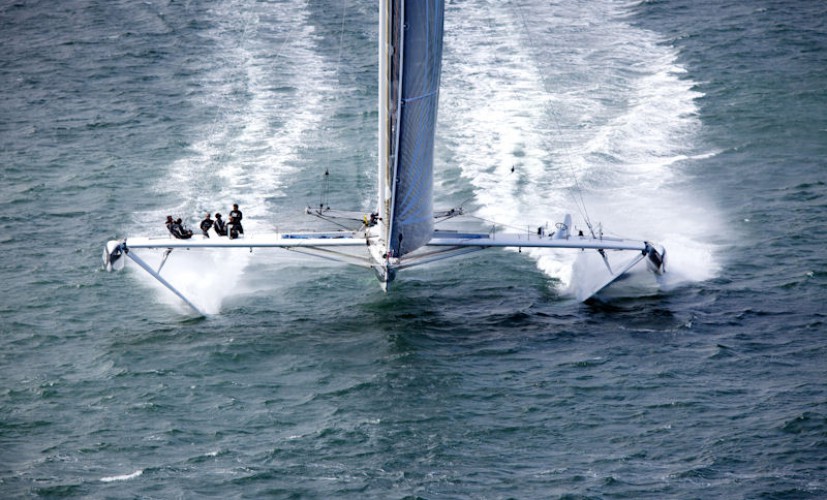 The following year, Dunkerbeck improved his record, but in 2005 he lost to Finian Maynard, an Irish windsurfer. Finian, in turn, was very close to breaking the 40-knot barrier. He covered a mile at 39.97 knots at Walvis Bay, Namibia. 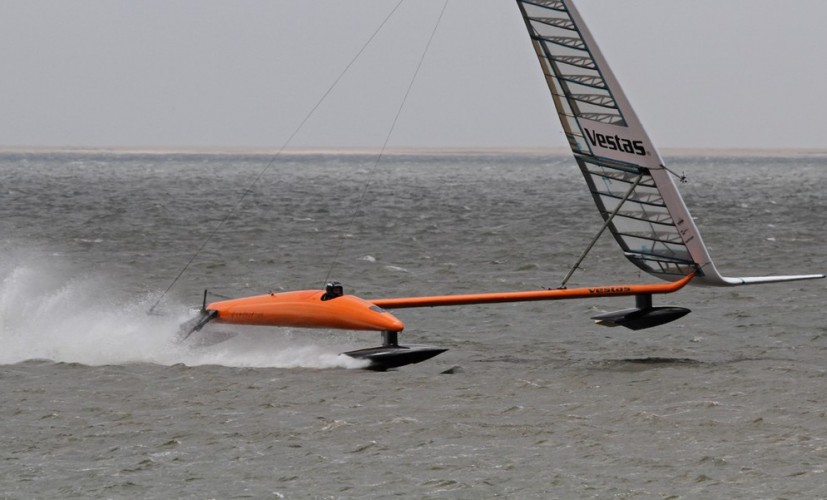 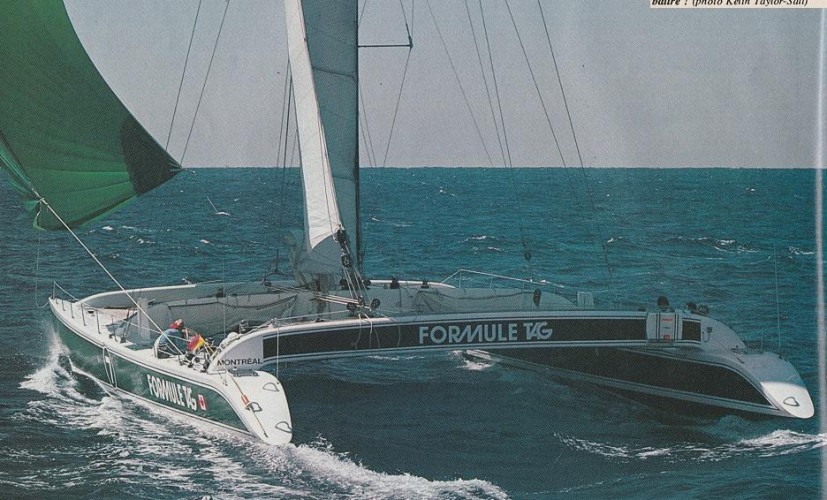 Only in the newest era has the 24-hour record been broken again: in 1983, it was first won by the 100-foot Formule Tag catamaran. She averaged 21.3 knots, 2 knots faster than a 250-foot clipper. Over the next decade, several French teams approached the record, improving it by only tenths of a knot.

Finally, in 1999, American skipper Steve Fossett set a significant record for the first time in decades. He took the 105-foot PlayStation catamaran to a speed of 24.2 knots. The next year, the slightly larger French-flagged Club Med catamaran improved Fossett's record by one and a half knots. 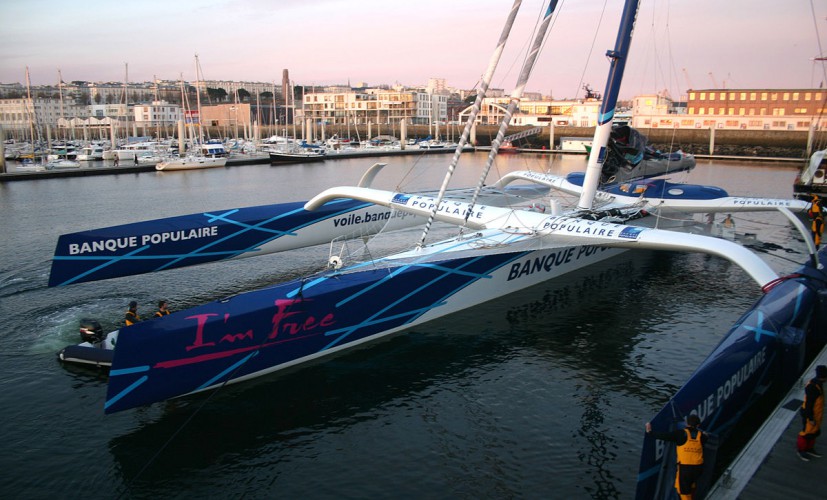 These two vessels changed the record back and forth until 2001, bringing it to 28.6 knots. After that, the record continued to hold the "cats" - Maiden 2 and Orange II. In August 2009 the Banque Populaire V set a speed of 37.8 knots and covered 906 miles. It was the biggest improvement in the history of the 24 hour record. Since then, Banque Populaire V's record has remained unbroken.

Nearly five centuries ago, humans first crossed the Atlantic. Since then, sailors and yachtsmen have been competing to see who gets to the other side of the ocean faster. The route from west to east is usually the most famous and convenient. It is he who follows the prevailing westerly winds. The approximately 2,880 nautical mile route stretches from Ambrose Light in New York to a finish line between Lizard Point, Cornwall, and Ushant, a French island in the southwestern English Channel. 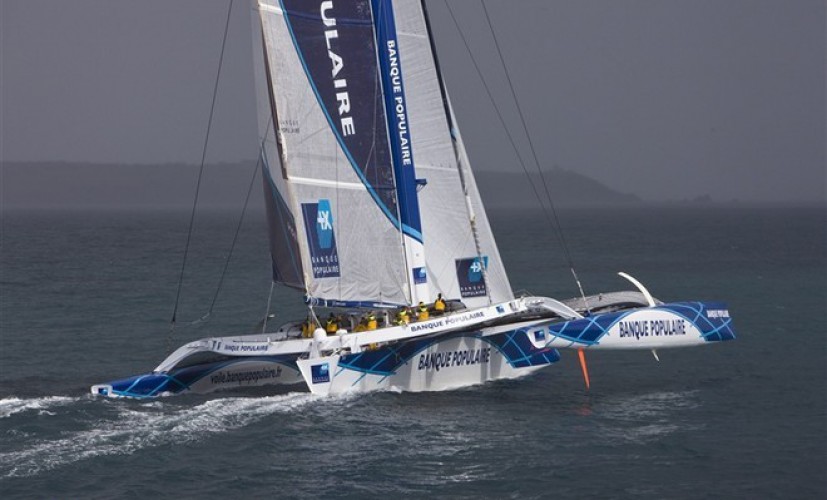 Record holders included Fossett's PlayStation, Orange II, Groupama 3 and Banque Populaire V. And Banque Populaire V set a current record that still needs to be broken. The skipper of this yacht was Pascal Bidegorri, and the average speed throughout the passage was 32.9 knots. 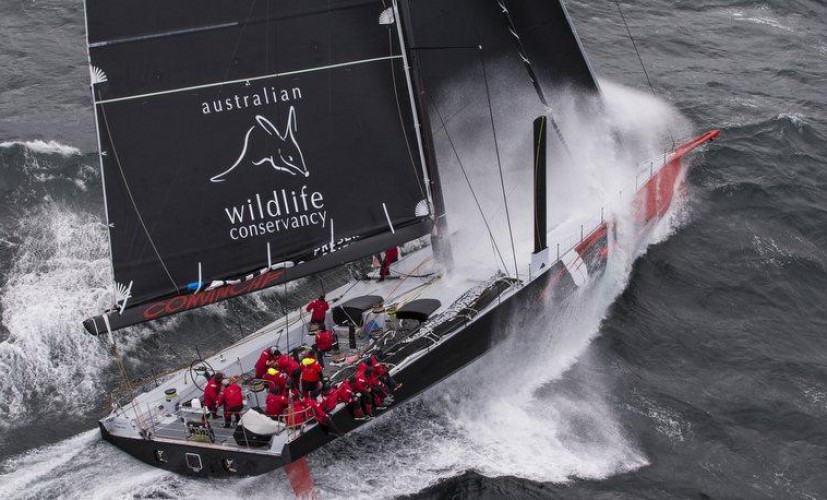 Alas, the World Sailing Speed Records Council does not share the results of monohull and multihull boats. But despite this, it should be remembered that the 100-foot Comanche yacht in 2016 took the title of “Fastest Monohull Vessel”. The Comanche team set a new crewed single-hull transatlantic crossing record of five days, 14 hours, 21 minutes and 25 seconds. Not bad for a single hull!

The record for the fastest circumnavigation is known as the Jules Verne Trophy. The name of the record is a reference to Jules Verne's novel Around the World in 80 Days. In 1993, Bruno Peyron became the first record holder. He piloted an 86-foot Commodore Explorer catamaran that completed the course in 79 days, 6 hours, 15 minutes and 56 seconds. Notably, from 1988 to 2003, a Commodore Explorer called Jet Service V also held the transatlantic record. 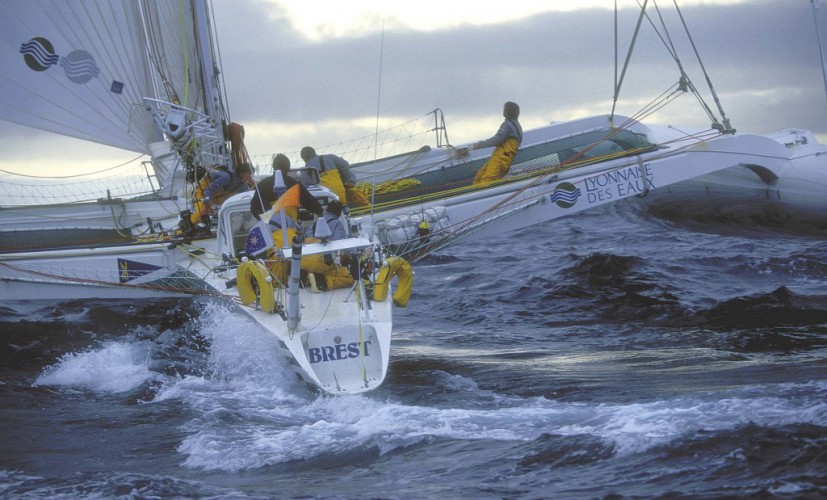 The next record was set by Olivier de Kersason on the Sport Elec yacht. After that, de Kersason and Peyron switched places in the record holders' bracket until 2005. Then Peyron on the Orange II yacht set a new record - 50 days, 16 hours, 20 minutes and four seconds, which lasted five years. 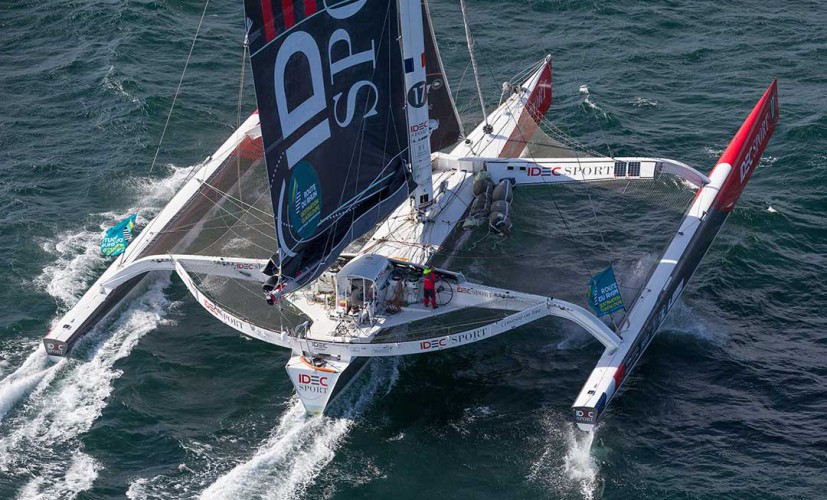 After that, Groupama 3, under the control of Frank Cammas, improved the record by two days, and in 2012, Loic Peyron, brother of Bruno Peyron, on the yacht Banque Populaire V set a finish time of 45 days, 13 hours, 42 minutes and 53 seconds. Finally, in 2016-17 Francis Joyon set the current record of 40 days, 23 hours, 30 minutes and 30 seconds on IDEC Sport (refitted and renamed from Groupama 3 after Cammas's record) - almost exactly half of the original challenge.

Don't forget to rate the content! You will also find many other interesting articles on the links below! Everything will be Ukraine!🇺🇦 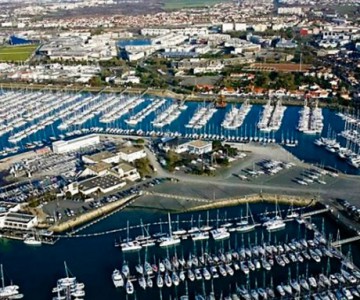 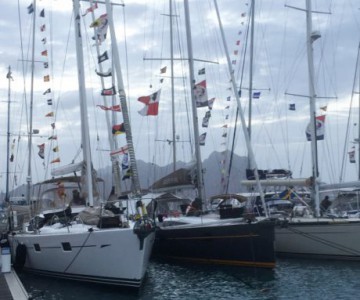 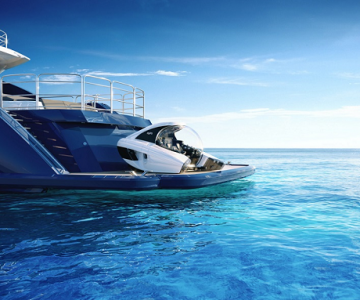 U-Boat Worx has unveiled a new addition to its submarine lineup. Following the C-Researcher and Super Yacht Sub series, the NEMO, a super-light two-seater submarine, is now in its final stages of production.