Home • News • Science and yachting: how to help scientists

Agree that it is unusual to hear about science and scientific experiments in conjunction with yachting. Images of scientists in white coats with test tubes and complex measuring instruments immediately appear in my head. And the idea that a simple yachtsman would do such a thing looks completely strange. 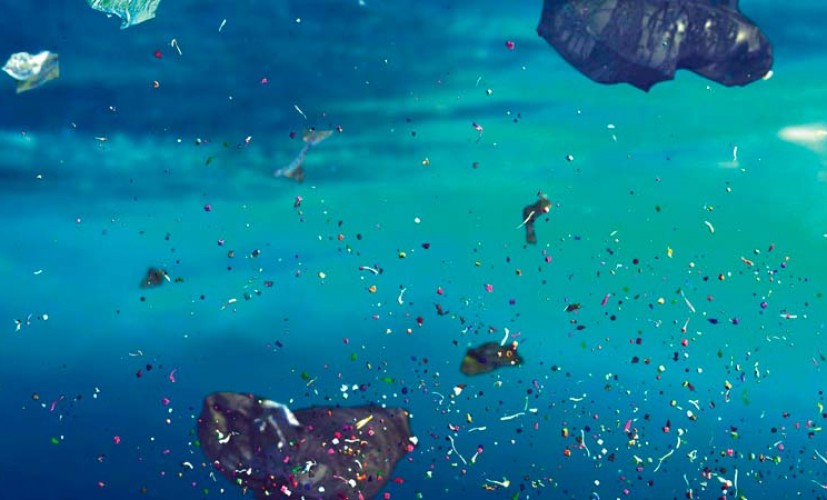 However, now more than ever, science is popularized and this is an excellent opportunity to become part of the world of science. Moreover, the direction of the so-called citizen science received a huge impetus. More and more well-known and not so yachtsmen and volunteer sailors are conducting various experiments with great interest and experimenting with the help of improvised means.

The scale of the oceans is enormous. That is why those same real scientists in white coats have difficulty collecting enough data. This is where any interested sailor or yachtsman can come to the rescue.

Problems of the current day

Changes in the oceans can have irreparable consequences for life on land. Everything depends on the seas and oceans - from weather conditions to food production and travel. When famed sailor and ARC founder Jimmy Cornell decided to update his book, Cornell's Atlas of the Ocean, he was shocked by the changes in ocean currents. And these are the changes that took place only during his lifetime. 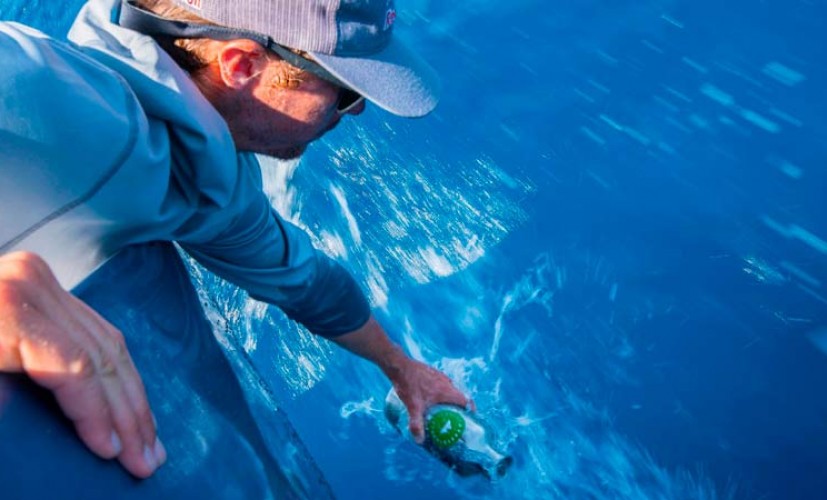 Jimmy added the following to the introduction to the second edition: “Sailors are much more aware of what's going on in the oceans and have no doubts that changes are coming, but [sailors] just put up with them. And anyone who doesn't believe this is happening should just sail the Northwest Passage or see the Pacific Garbage Patch for themselves."

Cornell's work has long included capturing changes in the ocean environment and climate. To do this, he turned to several scientific organizations, and during the Aventura IV expedition in 2014. Then Jimmy took part in the study of the Secchi Disk Foundation.

The Secchi Disk Foundation study is a long-term scientific project that is celebrating its 10th anniversary this year. The program studies the density of phytoplankton in the world's oceans, which is essential for all types of marine life, as well as for our life on Earth. For this study, ordinary yachtsmen were and are being involved.

Yachtsmen in the service of science

“Phytoplankton are seagrass,” explains Dr. Kirby, founder of the Secchi Disk Foundation. “Not only does it give us the oxygen we breathe, it feeds giant whales, fish that feed birds and seals, and polar bears that feed on seals. This is the core of the global ecosystem.

It is very difficult to find funding for such large research projects, especially if you need to hire a research vessel to go to remote corners of the globe. When the research was under discussion, someone suggested that we turn to yachtsmen and recreational sailors for help. 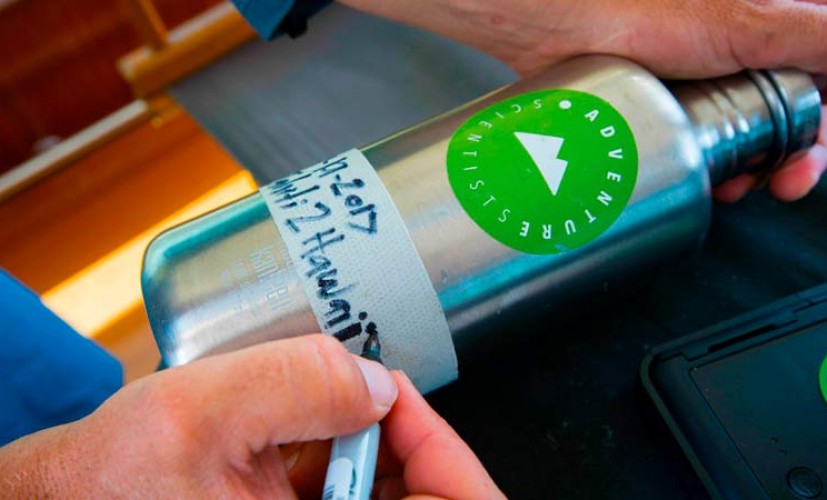 We did not even expect that we would not only arouse interest in the study, but also find many people willing to help. We express our special thanks to the crews who agreed to help and conducted research during ocean crossings.”

Among the enthusiasts is the participant of the Golden Globe regatta Susie Goodall. During her transatlantic crossing in preparation for the regatta, she observed the waters of the ocean and its inhabitants. Susie recalls: “About halfway from Antigua, the water changed color very dramatically. My team and I carefully recorded all changes and collected water for further analysis. In fact, it was much more interesting than it might seem at first glance. This experiment took me back to a time when literally everything was new and mysterious.” 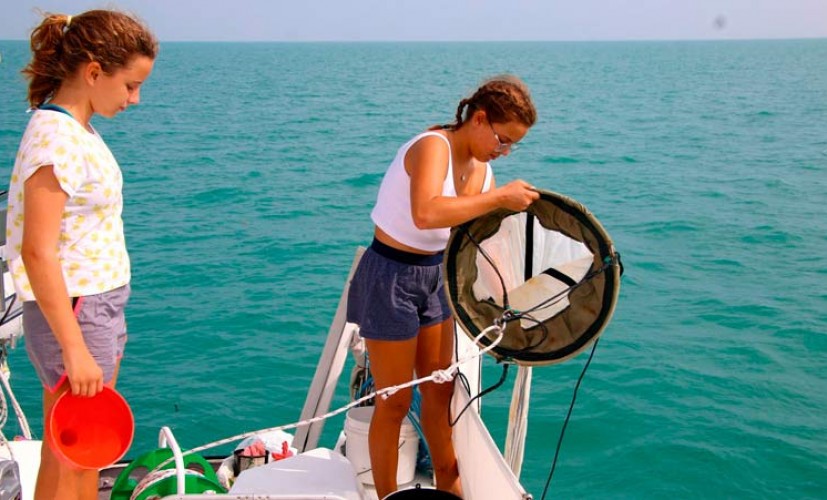 Sailors can also provide scientists with a valuable opportunity to collect data in less visited regions. Jimmy Cornell sailed with his daughter Doina on the Aventura IV expedition in northern latitudes. Doina explained: “Having read about the goals of the Secchi project, we knew it was important to get testimony to help build a big database. We have tried to involve as many seafarers as possible in order to make the data as complete as possible.”

In addition to the Secchi Disk Foundation, there are a great many other projects that are looking for yachting enthusiasts. Oliver Beardon leads the Sail Britain project, which offers the opportunity to conduct experiments at sea aboard your own yacht, including studying microplastic pollution and tracking marine mammals.

Oliver says: “Sailors and boaters have direct access to the sea and can therefore collect data much easier, more economically and faster. Moreover, there is no need to collect large and slow research vessels. And it is also important to involve the younger generation of yachtsmen in the preservation of the oceans. 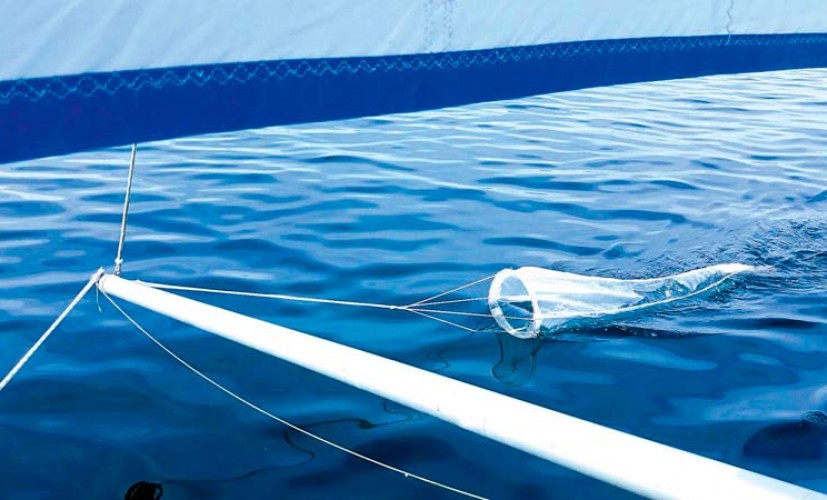 Everyone can take part in the study of the ocean. If you own a boat and want to contribute to marine citizen science, get in touch with a partner or research team that needs the data you can collect.”

Don't forget to rate the content! Other interesting articles and longreads can be found at the links below or in the "News" section.

read also:
FRIGATE "STANDART", IT'S TIME TO GO TO THE NATIVE HARBOR!
read also:
HOW TO CROSS THE PANAMA CANAL? 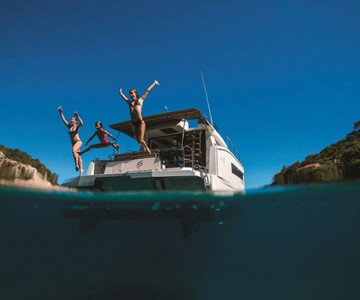 Tips for planning a yacht charter

After the charter is booked, the thrill and anticipation begins. Part of the fun when planning your trip is where you go and what you see. It is easy to succumb to the excitement that you are making expectations that are not realistic and sometimes frustrating. These proven itinerary planning tips will help you avoid some common mistakes and make your next charter the best sailing holiday of your life. 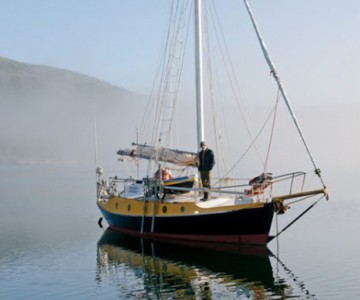 Navigating in the fog: how to stay focused

Despite the availability of modern aids such as GPS navigators or plotters, fog navigation remains one of the major challenges for sailors. If, along with visual control, the most important feeling is lost, then some react to this cowardly and irrationally. Our author, Hinnerk Stumm, describes how not to get lost in such a situation. 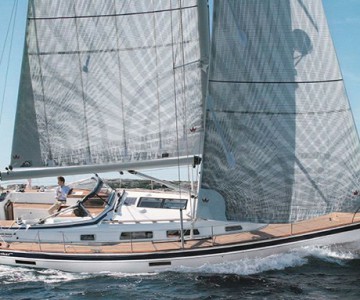 The largest aft cockpit yacht ever built from the Hallberg-Rassy HR 412 is modern, technically sophisticated and elegant.