The crew left the superyacht Scheherazade

In computer games, there is such a thing as a "boss" - this is one of the most powerful opponents that the main character fights. Why this small lyrical digression? Moreover, the Scheherazade superyacht is also a kind of “boss” from the world of sanctions yachts. If the rest of the superyachts were associated with oligarchs, millionaires, which is called the average hand, then this yacht can be directly connected with Vladimir Putin or his entourage.

Almost a month has passed since the start of the harsh sanctions policy. We can safely say that this will be a zeroing of the Russian-speaking segment of yachting. Large companies refuse not only to export yachts and components - yachts are simply arrested and denied service. 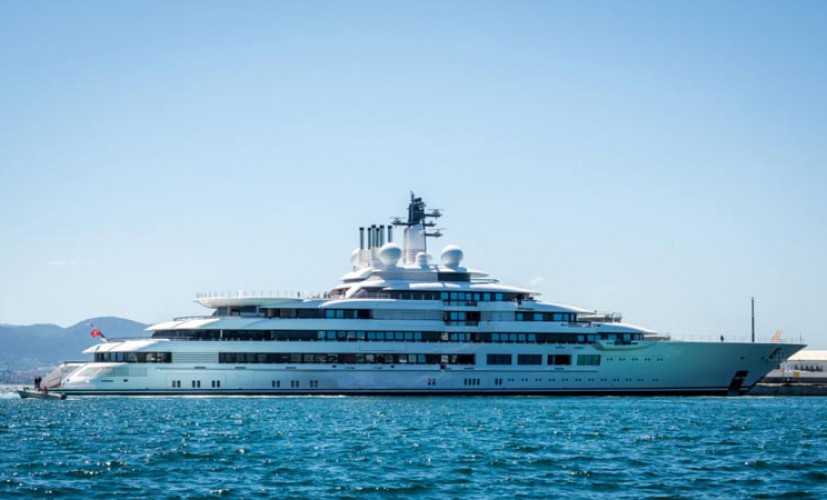 Among the rest of the superyachts, Scheherazade (“Scheherazade”) stood apart. While the identities of most yacht owners are known (albeit sometimes in narrow circles), there were many rumors about the owner of Scheherazade. The superyacht has become the object of unwanted attention from journalists, authorities and intelligence agencies.

Scheherazade has been in drydock in the port of Marina di Carrara in northern Tuscany since autumn 2020. Approximately from the same period, special attention was riveted to the yacht. Local union leaders say crew members (mostly Russians) suddenly left their jobs. This is attributed to the fact that the last two weeks an international investigation into the ownership of the yacht has begun.

Of course, even if the owner of the yacht is directly Putin, then this is a secret with seven seals. The real owners (some suggest there are several) appear to be hidden behind various front companies. Moreover, the chain of shell companies is probably quite large. 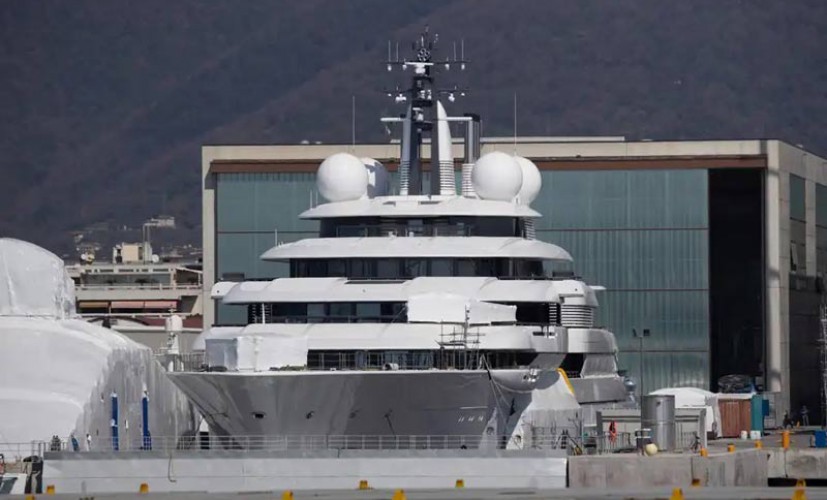 The well-known Russian opposition leader Alexei Navalny, with the help of his team (recall that he is currently serving a sentence on a fabricated case), published a video where he is trying to figure out who actually owns the yacht. 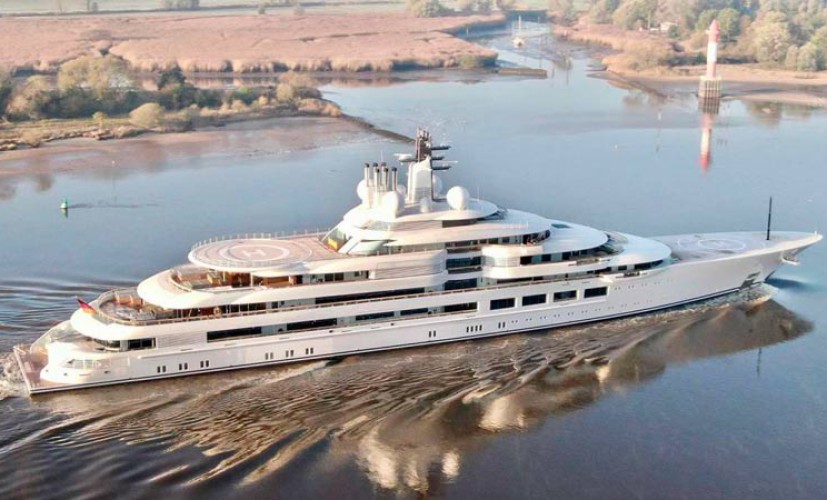 This month, representatives of American intelligence also distinguished themselves. They have reportedly found the first signs that the posh superyacht is linked to Putin. It is noteworthy that the agents did not describe in detail what information they have. 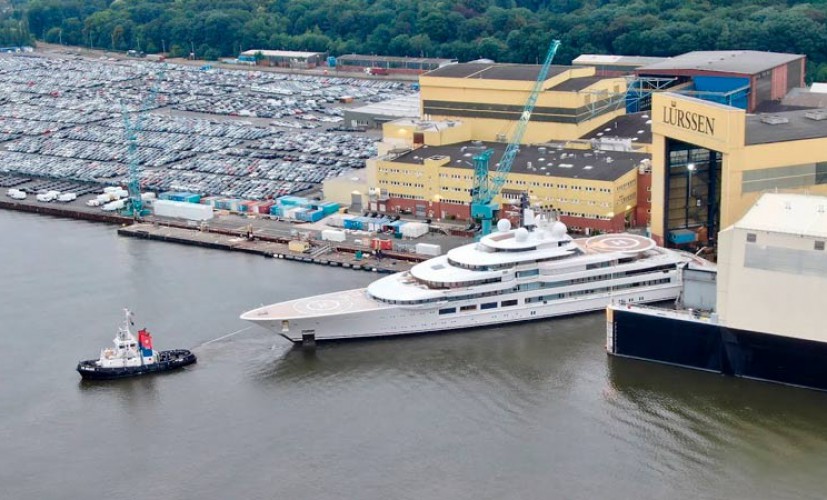 The yacht's captain, Guy Bennett-Pierce, said Putin had nothing to do with the yacht. However, he also refused to name the owner. Bennett-Pierce said he would provide the Italian police with documents bearing the owner's name.

The Italian company Sea Group, which owns the shipyard where the Scheherazade is currently moored, also said that based on "verifications carried out by the relevant authorities", the yacht "does not belong to the property of Russian President Vladimir Putin." 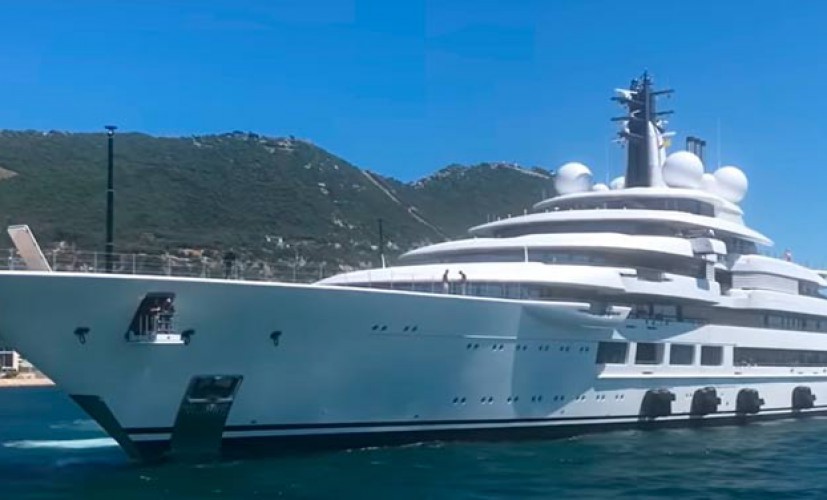 Italy's financial police, which have been investigating who owns the Scheherazade for weeks, said the investigation is ongoing but did not provide any other details. Until the maritime secret is revealed, the Scheherazade will remain in dry dock in Tuscany.

Most likely, the truth is somewhere in the middle. The yacht is really remarkable, moreover, there is every reason to believe that it is not an ordinary oligarch who owns it. We dare to assume that someone from Putin's inner circle owns the yacht. Who exactly? Time will show.

Liked the article? Like! The site also has many other interesting materials. Favorites - follow the links below! 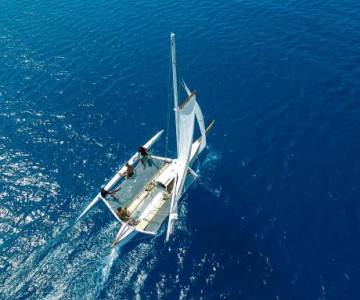 For over a decade, photographer Julien Girardeau was fascinated by the traditional multihull ships of French Polynesia and dreamed of bringing sailing canoes or pies back to life. 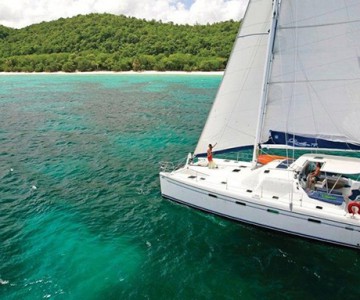 Five years around the Atlantic on a sailing catamaran 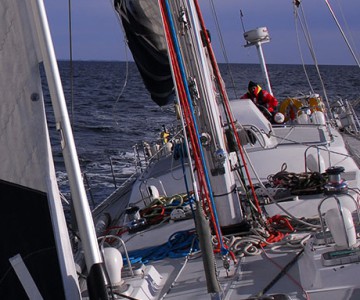 Are you going to replace your boat's rig with a composite one, but are confused in the choice? Sam Fortescue discusses the pros and cons of different solutions.