Katie Strickland asked Norwegian sailor Eric Aanderaa why he was looking for the worst North Sea weather for himself and his Contessa 35. 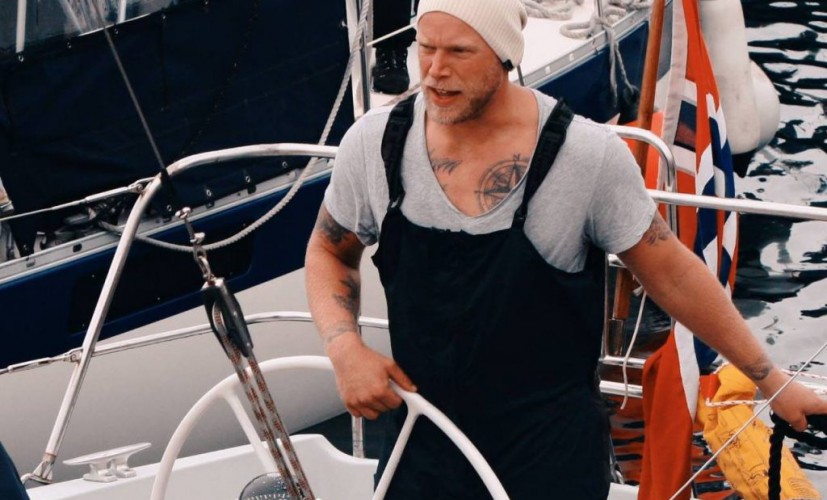 Katie Strickland asked Norwegian sailor Eric Aanderaa why he was looking for the worst North Sea weather for himself and his Contessa 35.

“I know my boat. I know the waters I walk in. I know my limit. But this situation is still dangerous and can easily take a bad turn. I am not encouraging anyone to try this. Everything is at your own peril and risk. Storms are dangerous. " The Norwegian solo skipper made it clear at the start of his most popular video on Youtube, Encountering Storm Force 10that he doesn't want people to follow his example ...

By the age of 37, he spent years gradually improving his sailing experience in difficult weather conditions, crossing the North Sea in the middle of winter aboard his Contessa 35, Tessie, to discover his capabilities, boat and equipment - all of which he will need for his trip to Greenland in July...

Like most solo sailors, Aanderaa wants to know how his boat will handle in different conditions and make sure his sailing skills are honed as much as possible before the big adventure begins. Legendary Jean-Luc Van den Hede used a similar strategy before starting Golden Globe Race 2018-19spending the winter on my Rustler 36, Matmut, in the Bay of Biscay, preparing for the storms of the Southern Ocean. Based on his Biscay experience, the French solo skipper reduced the mast by 1.5 m. He is confident that this is what saved his mast after a complete coup on 11 meter waves 1900 miles from Cape Horn.

Are you deliberately going too far, going out to sea at 10 points? Katie asks. “Fear is experienced only from lack of knowledge. To gain such knowledge, you must face your fears. " answers Aanderaa.

“Sailing on the high seas with 50 knots of tailwind brings you close to the limit that the boat can safely handle. But now I know how it feels. " 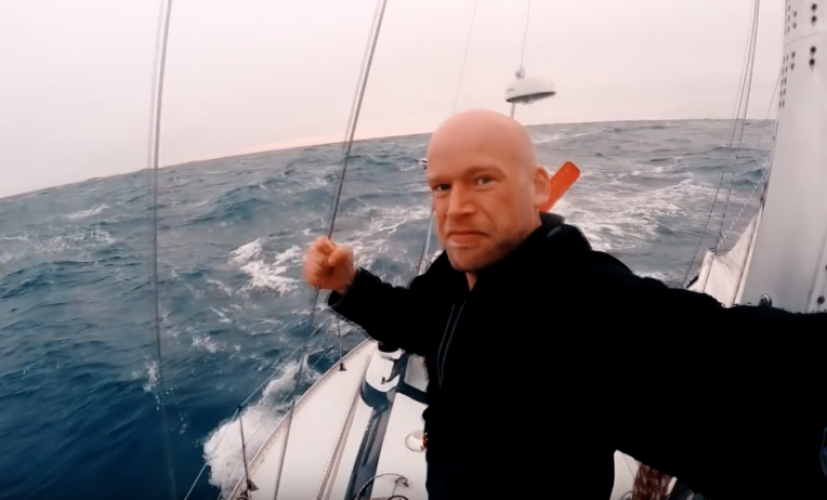 read also:
Along the icy edge of Greenland aboard the 90ft classic superyacht Acadia

Aanderaa started sailing at the age of 11. He talked his father into a small motorboat, but instead got an 11-foot sailboat, similar to Optimist, which he regularly walked in coastal waters Haugesund on the west coast Norway.

“I started out with great reluctance, but after several attempts and failures, I figured out the sail and once walked away not knowing how to get back. I kept getting farther and farther away. My father rescued me on our neighbor's boat. From that moment I realized that the sail was for me and I became addicted.

At the age of 14, he grew to 15 feet Morebas duett, "Which taught me to walk in stronger winds and made me even more obsessed." “I have tried once or twice Duett on the high seas and that's probably what piqued my thirst for adventure, ”notes Aarderaa.

His passion was also reflected in his career choices. After leaving school, he became a sailor on a merchant ship. Soon, his salary allowed him to purchase a 22-foot Maxi 68, which gave him freedom and the ability to move on. At 22, he was promoted to chief officer on a support ship in the North Sea. Additional income allowed him to start looking for a new yacht. 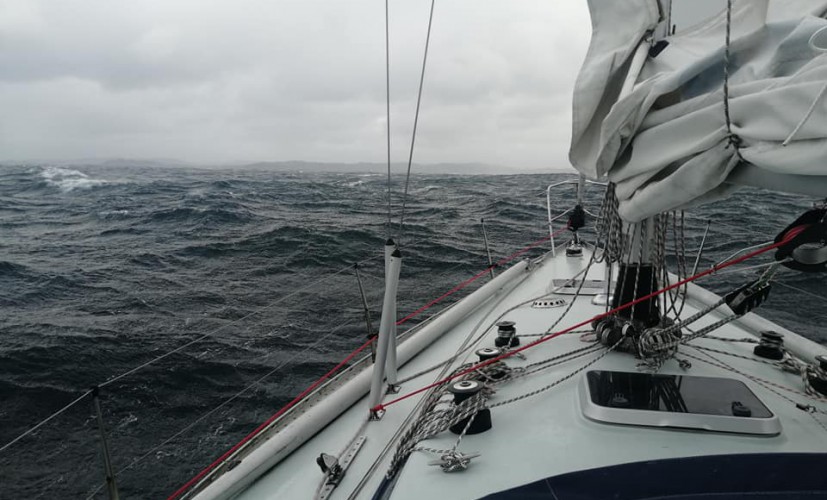 He saw an ad for the sale Contessa 35 1976 developed Doug Peterson and built Jeremy Rogers in Leamington. Solid, with a deep cockpit, with a well-arranged sail control system, which does not require large movements around the boat to control, it was love at first sight, and he immediately bought Tessie.

Jeremy Charles Rogers (September 16, 1937) - British shipbuilder and yachtsman based in Leamington, Hampshire, in the United Kingdom, manager of the shipyard of the same name Jeremy Rogers Limited.

“And then the real fun began,” recalls Aanderaa. 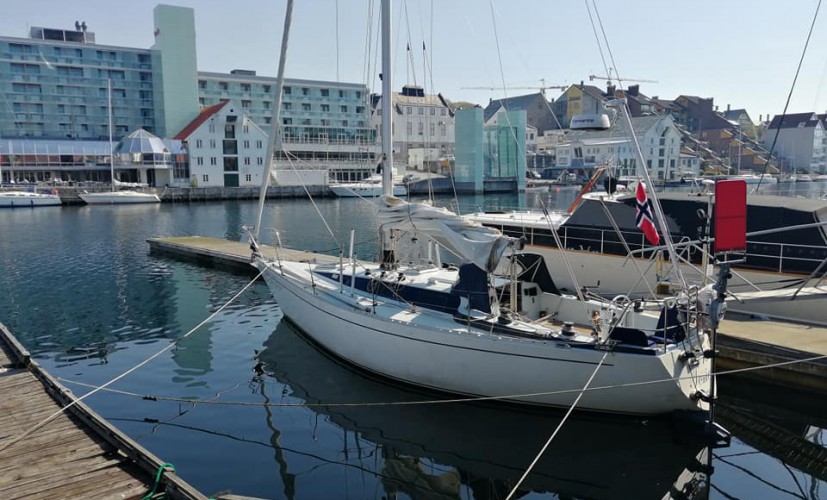 In 2006-2007, he single-handedly switched to Tessie Norway to Malaga "just to watch the boat and I work together." This travel reinforced his love for winter crossings in rough weather.

"Spain - heat... I stop functioning in very hot weather and do not enjoy myself. I missed the cold of the North Sea, so I turned around and headed back to Norway, ”explains the adrenaline junkie.

“I have always dreamed of crossing the North Sea in winter. Anyone will say that it is dangerous and only a fool will dare to do it. I was told that I would endanger the lives of the rescuers. But I knew that it all comes from people without proper experience. "

read also:
How to cross the Bay of Biscay on a sailing yacht

Aanderaa continued to walk on Tessie away from the western shores of Norway, developing their tactics for walking in difficult weather conditions. Everything was not so easy and simple. In 2011, he ran into rocks near Haugesundseverely damaging the rudder feather.

The lesson was learned. At that time, he was dressed in light cotton gloves, which, when wet, ceased to warm his hands. “I lost sensitivity in my hands and could not rule properly. I went downstairs to keep warm, being in a state of hypothermia and forgot how close I am to the shore. The next moment I ran aground, breaking the rudder blade into small pieces and the boat froze astride a rock above the water level. " Tessie was removed by a rescue boat, six months later, Aanderaa was back on the water.

He also began filming his adventures and first posted on Youtube video Sailing in Storm! on your channel Erik aanderaa in February 2015. Also as in my post Force 10 more than four years later, he moved from the island of Røver to Haugesund. 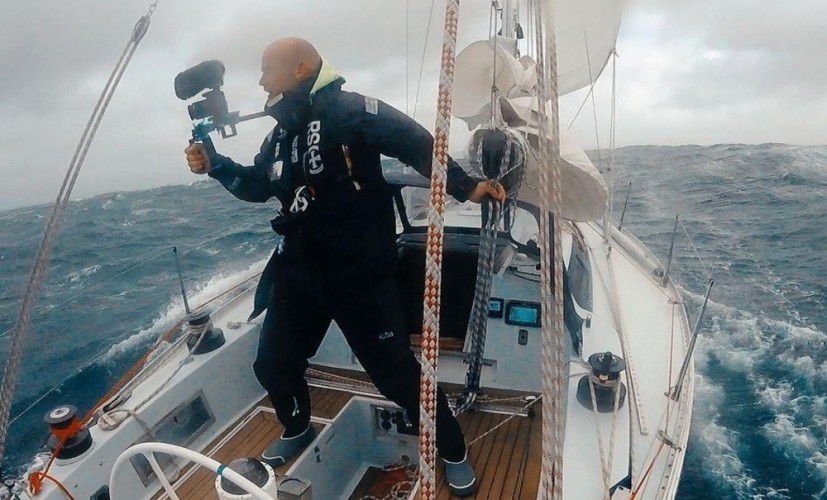 January 2017 was an important moment for Aanderaa when he fulfilled his dream - crossing the North Sea in winter to Lerwick, Shetland Islands, Scotland for the Up Helly Aa Viking Festival, which has become "a part of my life." “The weather was excellent with 34 knots to my port. It was great to see and feel the power of nature pushing me towards the Shetland Islands, ”he says. He repeated this transition in 2019 and plans again in 2020.

Shetland Islands Festival in Scotland: According to the tradition of the festival, a torchlight procession in Viking costumes, burning of a boat and noisy feasts with dances are held.

“The cold, the harsh weather, the thought that you are the only sailing ship to cross the North Sea is a real test of ability,” Aanderaa replies when asked why, sailing in conditions that would make most sailors stay in port. He agrees that the risk is present, but careful preparation can greatly reduce the threat, he believes.

“It's a risk and a test of your ability, putting you in a survival mode that keeps you focused 24/7. I have all the rescue equipment for most cases, but it is more important to be prepared enough and to minimize the chances that something will go wrong. I think about everything that might have happened and then make sure that I am forethought and prepared enough to get ahead of the situation, control sailing equipment, clothing, diesel levels, and all evacuation and survival gear until I am rescued. I train constantly in difficult weather conditions to be sure on my next hike.

Tessie well equipped for solo sailing on the high seas with wind autopilot, three reefs on the mainsail and engine Volvo Penta D2-40which allows you to quickly charge the batteries. 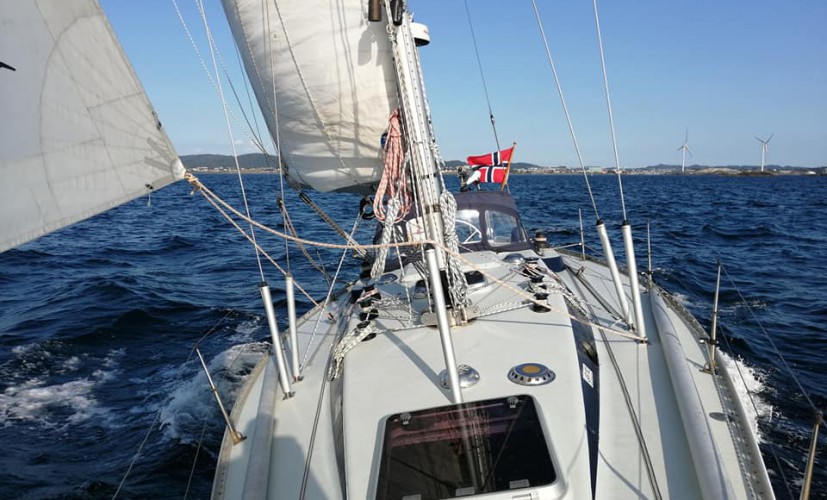 Contessa 35 equipped with heavy deck hatches Lewmar, lithium batteries in the cabin, 220 V inverter, satellite communicator Garmin InReach, AIS, linear autopilot Raymarine and two displays - one for the radar and the second for the chartplotter. Before moving to Greenland, he plans to purchase a new anchor and liferaft for the high seas. But despite the constant training in rough weather and the equipment available, did he ever think that the North Sea might be too inhospitable for such a small boat?

“Everything has its limit. Of course, you can always reach the point at which everything is so bad that it is already too much. But with due care and respect for the weather, it's amazing what these boats can handle. " 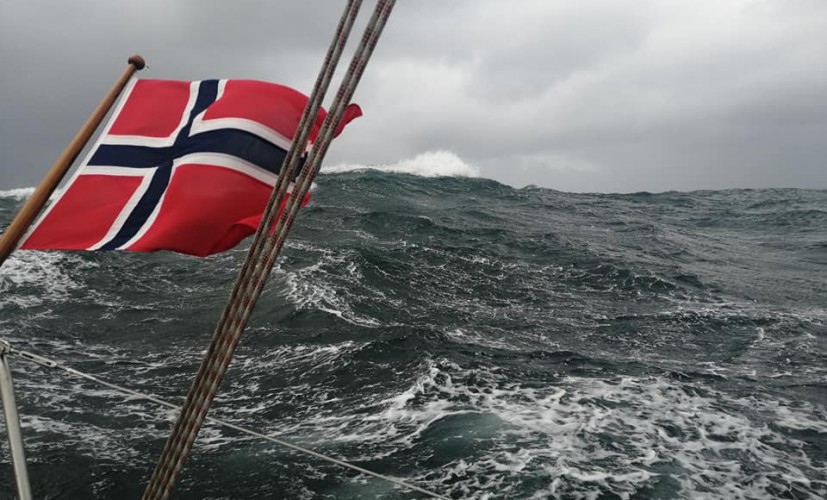 Tips for sailing in difficult weather conditions from Eric Aanderaa:

I always go out to sea with 10 pairs of gloves, underwear, sock and hats... I have two sets of rainy clothes with me - when I'm wet I can change to dry. Tessie equipped with a diesel heater Webasto 4kw, which works at full capacity as needed, and sometimes around the clock.

2. MAKE SURE YOU HAVE ENOUGH FOOD AND DRINKS

When huge waves hit me and I have to constantly move around the boat to shoot video, it all takes a lot of energy, so I eat constantly. If I get hungry and my blood sugar drops, then I quickly get tired and lose concentration, then only incredible willpower allows me to stay on my feet. I eat hot and cold canned foods, lots of soda, chocolate, and other high-calorie foods and drinks. If I feel that my blood sugar level is dropping, then I can eat up to 1 kg of food at once, wash it down with sweet water and after five minutes I am "back in line" at full capacity. 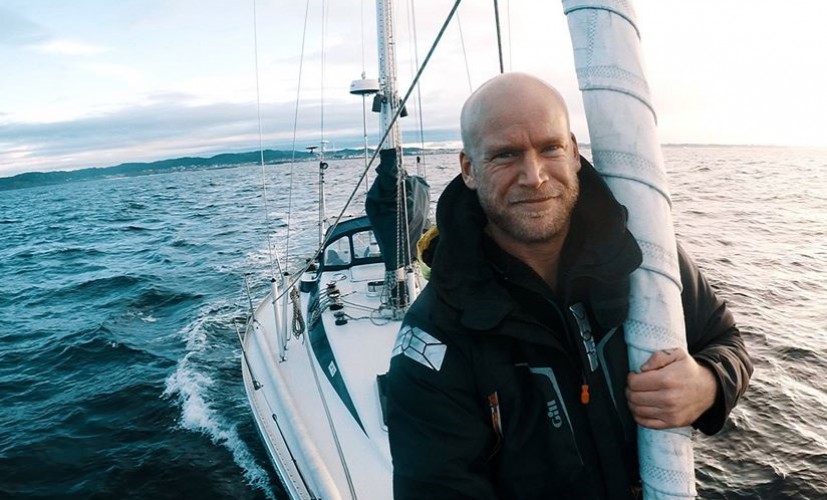 3. TEACH THE BOAT TO GO THE RIGHT COURSE YOURSELF

I've tried many different wind autopilots and settled on Hydrovane because it literally only needs to be turned on and off.

If the rudder is properly balanced in relation to the sails, the boat will sail easily. With really large waves, it is of course necessary to tweak it a little, but it's amazing how much it can withstand if everything is set up correctly. Sometimes it can take several hours to get the correct setting.

4. USE ONLY NECESSARY WIND FORCE

Don't set too many sails. I am very careful with the size of the sails when I walk alone, otherwise the boat will be poorly controlled on its own and will have to constantly adjust the course and readjust, which is very exhausting. A sufficient number of sails will give you the speed you need and get you safely to port.

read also:
What kind of rescue equipment do you need to have on a yacht?

Allures 51.9 LIFE WITH A SAIL
NEEL 65 Evolution
Fountaine Pajot MY 37 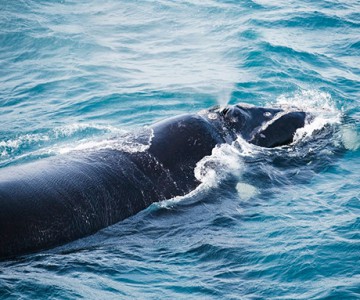 John Bozinov is a New Zealand photographer, explorer and traveler from Wellington. With the aim of creating clean, authentic images, John specializes in realistic portraits, travel and documentation of Antarctic and polar expeditions. 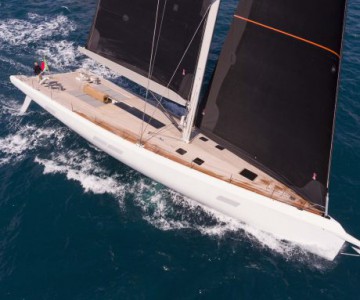 Fast and streamlined on the outside, light and airy on the inside, this modern semi-custom cruiser is the best of both worlds, delivering performance in comfort 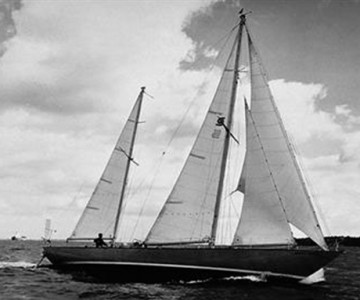