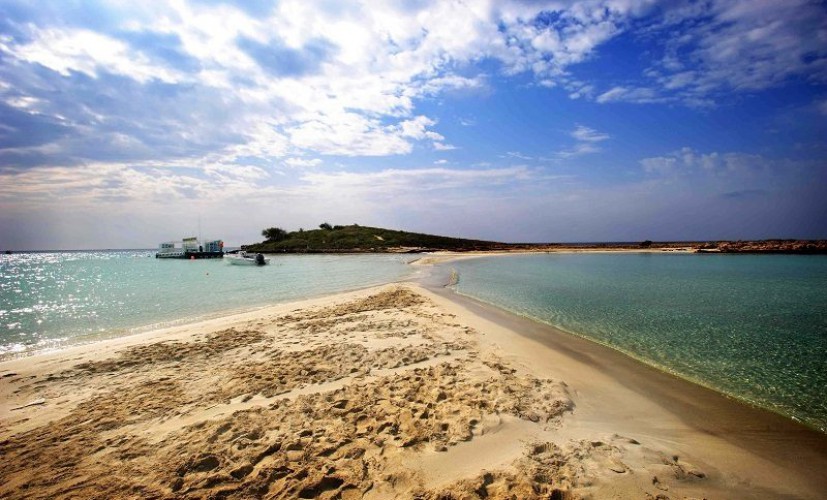 Cyprus is an island of legends Immersed in the rays of the dazzling Mediterranean sun all year round, and the legendary past takes us back 11,000 years. He saw civilizations come and go, from Alexander the Great to Cleopatra and Richard the Lionheart.

The island is located in the northeast of the gentle Mediterranean Sea, one of the most welcoming waters for yachtsmen, on the shores of which the mighty civilizations of Europe, Asia and Africa flourished and matured. With an area of 9,251 sq. km, length from east to west - 240 km and width from north to south - 100 km, Cyprus is the third largest island in the Mediterranean.

Today Cyprus is a modern country that seamlessly blends European culture with ancient enchantments. Here, the yachtsman can discover a compact world of charming beaches and inviting mountain peaks, vineyards next to olive trees and ancient ruins that stimulate the imagination, citrus groves and old stone villages where sweet wine flows as freely as conversations in a local cafe. A carefree place where the feeling of time is lost, and the kindness and hospitality of people are endless.

Cyprus has a Mediterranean climate with mild, short winters and hot summers. A unique combination of favorable climatic factors has turned Cyprus into a real sanatorium.

Fluctuations in atmospheric pressure are so scanty that they are practically not captured by the body. Sea breezes saturate the air with mineral salts and refresh the body with a pleasant, barely perceptible shower. Most of the beaches in Cyprus have received the European Union Blue Flag for their ecological cleanliness and developed infrastructure.

The nature of Cyprus is truly diverse: from numerous coastlines, salt and fresh lakes, to winding mountain streams in the center of the island, where the volcanic massif is located Troodoscovered with emerald oaks, pines, cypresses and cedars.

Cyprus has one of the oldest histories in the world. The first signs of civilization, traced in archaeological excavations, date back to the 9th millennium BC. Throughout this time, the geographical position and natural resources attracted conquerors to it. Phoenicians and Assyrians, Egyptians and Persians, Romans and Arabs, Franks and Venetians, Turks and British, all of them at different times dominated the island. And only in 1960, Cyprus officially became an independent state, although the presence of the British on the island is still preserved. The legacy that Cyprus inherited from England can be considered the legislation of the island: it is based on the Anglo-Saxon system of law. 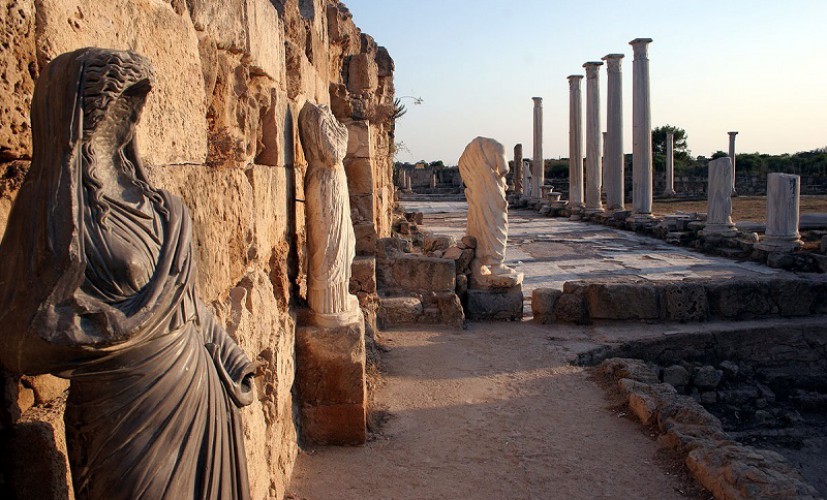 The history of Cyprus, so ancient that even a thousand years ago, was already legendary and shrouded in secrets and myths

The name of the island comes from the word "copper" and is associated with its main wealth - copper mines. In Latin, "cuprum" is copper. Hence the name of the state.

Yachtsmen who are going to Cyprus on a sailing trip need to know that there are  three large yacht marinas:  Larnaca Marina (largest), San Rafael Marina in Limassol (second largest) and Latchi Marina. There are also anchorages in Paphos at Pafos Limanaki Harbor and several bays: Konnos Bay, Pissouri, Coral Bay and Fontana Amoroza Bay.

In the near future, the Cypriot government and foreign investors are going to build additional yacht marinas and increase the number of berths in the already built marinas for the convenience of sailing yachtsmen. And this makes a reasonable sense: yachting in Cyprus has not only a long past, but also a great future.

Modern Greek Cyprus has a population of 755,000, of which 76% are Greeks, 17% are Greek Cypriots, 4% are national minorities, 3% are foreign citizens, mostly British; in recent years, a Russian colony has been formed, which is gradually increasing.

Most of the local population speaks Greek. As a result of the former English colonial legacy, English has become a second language for almost everyone in the country. Road signs, signs and even advertisements can also be easily read by translating from English. Knowledge of Russian, German, French is also great and is directly related to the share of tourists from these countries. Cypriots are very hospitable and friendly people. Greek Cypriots gravitate towards Greek culture and their way of life resembles that of mainland Greece, although Cypriots are more organized and adventurous than their mainland brethren.

In Cyprus, you will not go hungry, as there are many cafes, taverns, bars, restaurants, various eateries and coffee shops. The national cuisine of Cyprus resembles the Caucasian one, but is distinguished by an abundance of oriental sweets.

When cooking, they use many spices and herbs: cinnamon, pepper, caraway seeds, garlic. Cooking meat and fish over an open fire is very popular.

With more than one hundred grape varieties grown in Cyprus, for over 4000 years, the island has produced many quality wines.

You should definitely try the main national dish called meze. This dish includes about 20 dishes, which are served as they are eaten. First, snacks are served on the table, then vegetable dishes, then meat dishes. This is followed by the main course - a plate of seafood, followed by chicken and shish kebab. After the main courses, you will be served fruit: watermelon, melon, figs, and at the end of the meal you will be served a sip of liqueur and a cup of oriental coffee.

Sweets in Cypriot cuisine are mainly of oriental origin. These are halvas - sweet cookies, kadaif - sweet vermicelli in the form of a casserole, Turkish delight, baklavas or baklava - a cake with nuts sprinkled with syrup and honey.

Vegetables grow in Cyprus all year round. Almost every restaurant has its own vegetable garden, so all the ingredients come to the kitchen only fresh. Drinks - traditional Cypriot wine and ouzo - everything is the same as in Greece. With over one hundred grape varieties grown in Cyprus, for over 4,000 years, the island has produced many quality wines. 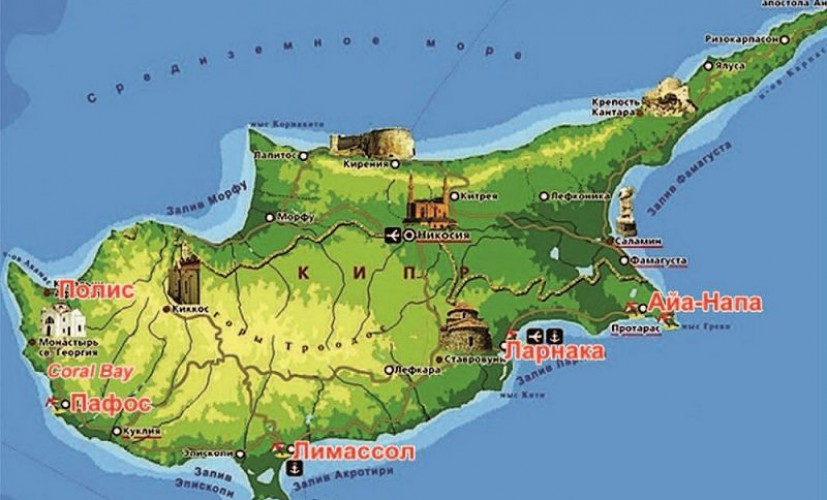 South Cyprus is a favorite destination for sea lovers

Cyprus has traditionally been a meeting place for yachtsmen heading to the Red Sea and those who, on the contrary, sail from the Indian Ocean to Europe.

Those wishing to visit Egypt, Lebanon, Israel or Syria cannot but go to Cyprus.

From Ayia Napa in the east of Cyprus to Latchi in the west, the entire coastline of Cyprus offers a huge chain of delightful beaches and amazing sights, some of which are quite wild and still untouched.

And this fact cannot but please yachtsmen and lovers of secluded calm cruises, although there are also very lively places with extensive infrastructure and a rich nightlife filled with entertainment.

Here you will find our detailed guides to the cities of the East, South and West Coast of Cyprus:

Ayia Napa - a find for lovers of yachting, surfing and diving

Larnaca - Cyprus's gateway to the world 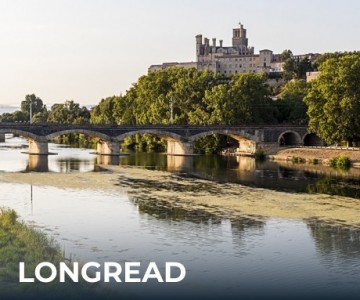 Why explore the French channels?

Have you been looking for an alternative to Gibraltar for a long time? Or do you want to get to know "that same France" better? Then French channels are a great option! Not the easiest, but interesting experience - the channels du Midi and Garonne, as well as Des Merces, will give you an unforgettable experience. 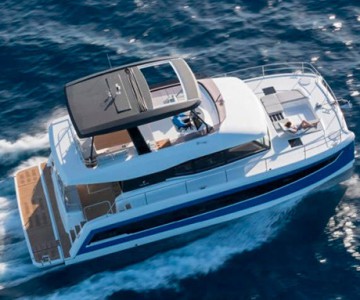 Test drive of the motor catamaran Fountaine Pajot MY 44

Power catamarans and multihull yachts in general are on the rise now, and the Fountaine Pajot MY 44 has every advantage of being the market leader. 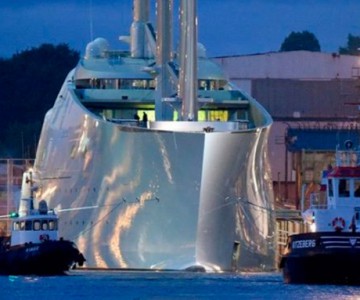