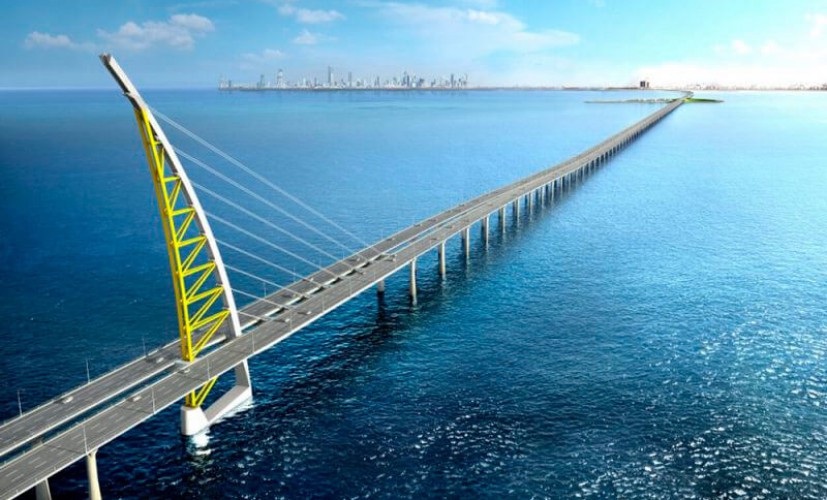 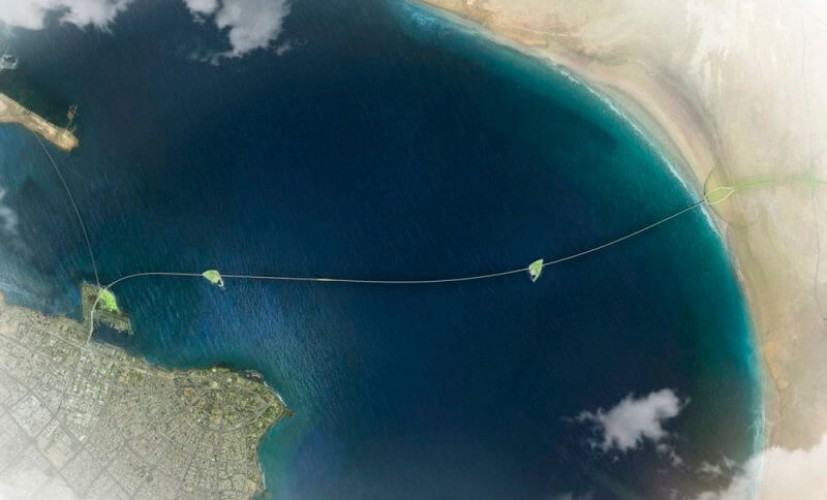 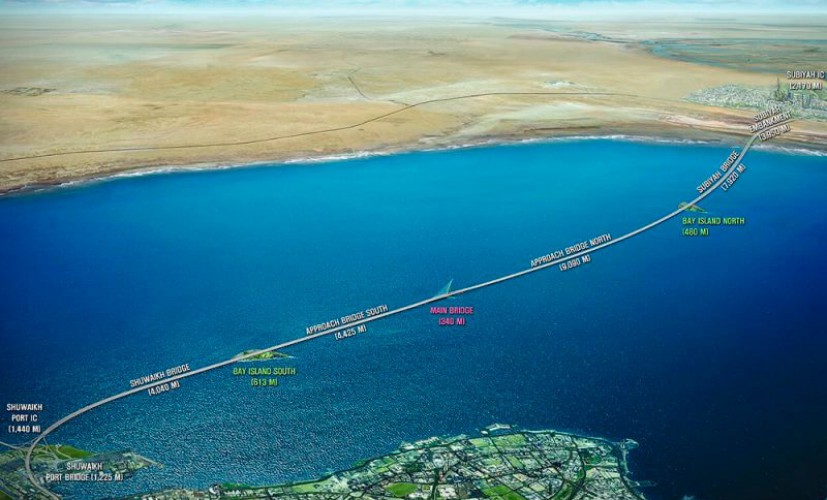 The project provides for the construction of two bridges, one of which is associated with the city Subia, and is considered the main bridge, and the second bridge is connected to the city Doha... The number of lanes provides for three lanes and one emergency lane in each direction.

Main line in the Gulf of Kuwait, connecting the Shuwayh port area on the south side of the gulf with the new Subia area in the north. The total length of the main dam is 36 km, of which 27 km is an offshore bridge structure.

Doha line, crosses the south of Kuwait Gulf, and connects the port of Shuwayh with the Doha Highway. The total length spans 13 km and is predominantly a marine bridge structure.

The project will also include 2 artificial islands 30 hectares, one on the north side and the other on the south side of the bridge. Buildings for repair and rescue services, gas stations and docking stations will be built on the islands. 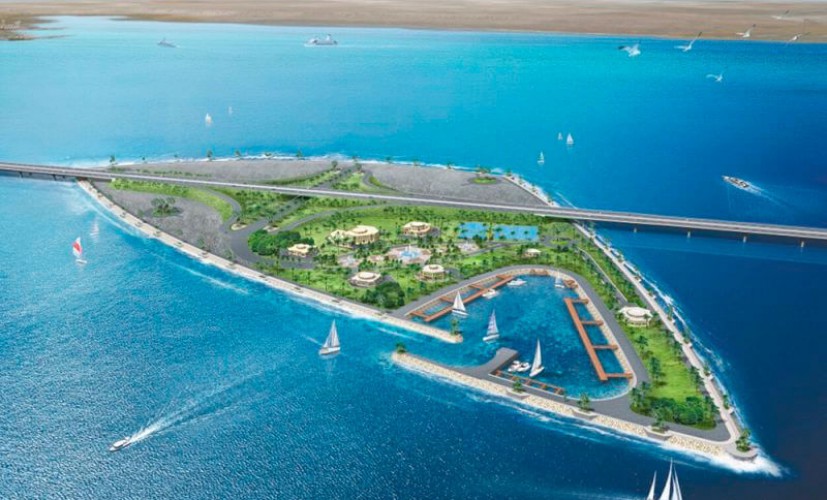 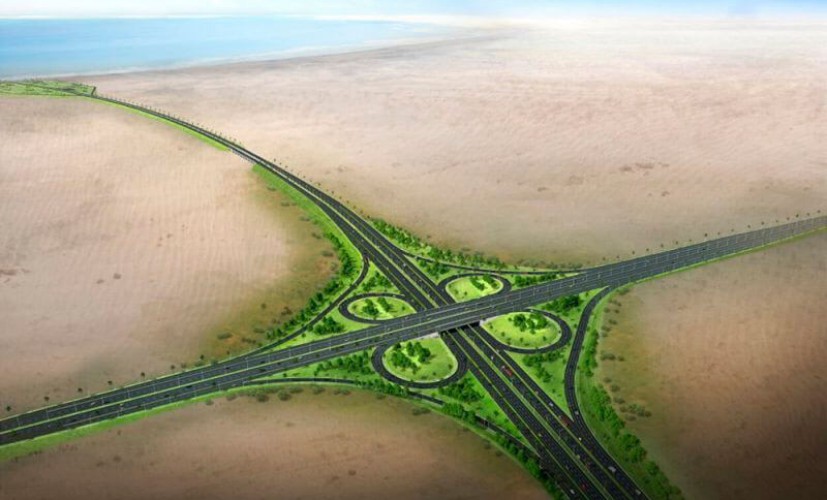 Target 35 km structure - to reduce the travel time, from one hour to 20 minutes, between the capital and the new city, called the "Silk City".

Iconic Hanging Rope Bridge with a sophisticated arched support will dominate the important navigation route of the Gulf of Kuwait, paving the way for the future Silk City. 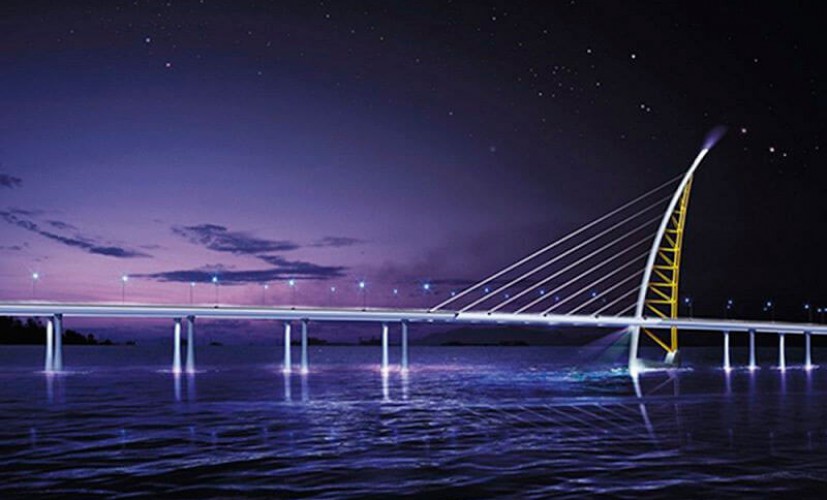 Sheikh Jaber Al-Ahmed Al-Sabah Project (Jaber Al-Ahmad Al-Sabah Causeway Project) is one of the largest and most prestigious projects in the transport infrastructure of Kuwait and the region as a whole. The completion of the first phase of the project is scheduled for November 2018. 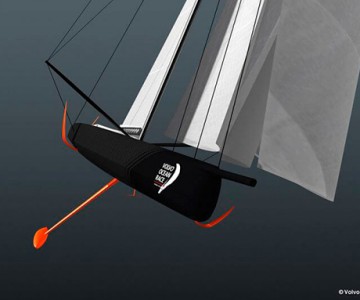 Volvo Ocean Race changes the rules of the race

The Volvo Ocean Race has unveiled a series of sweeping changes that will create the most challenging challenge in professional sailing and reinforce the 44-year history of the race for professional sailors, team owners, sponsors, race partners and host cities. 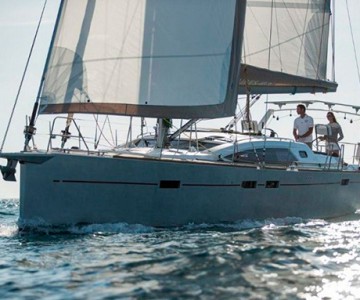 Owning your own boat can be quite expensive without all the ongoing costs like fuel, so we have some helpful tips to help you save money on fuel and get the most out of your boat. 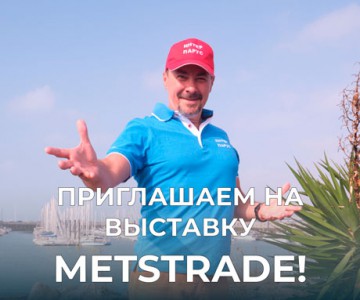