Three, two, one and turn! As we maneuver in the waters of the narrow strait Svendborg (Denmark), then we are already performing the twentieth turn in a row. And then what we expected happened - the overlap of the sheet on the winch from the leeward side blocks the trim system. Immediately bring the boat up to the wind to free some of the sheet. Perhaps it is not too late and the winch can be released relatively easily before the sheets are finally tightened?

We all have experience with winches in this case, and I must say that such overlaps of sheets often cause anger than cause danger, and this problem is easy enough to eliminate. But one has only not to notice such an overlap, and in such conditions as strong wind, waves and lack of space it is impossible to stand in the left-hand side, the overlapped sheet is tightened at a second's speed so that you cannot do without further advice on releasing the winch.

Often an overlap occurs on the first revolution, when the sheet is at the bottom at the moment of the greatest tension on the sheet, which can turn into a really big problem. With each rotation of the sheet around the winch, the tension is significantly reduced. The amount of pulling force varies depending on the size of the head and the diameter of the winch. However, if, for example, a Genoese staysail is pulled directly with the sheet, then the first turn of the sheet around the winch can reduce the pulling force from 300 kg to 270 kg, the second turn reduces the tension by 3 kg, and the third by 300 g, which, in turn, contributes to a problem-free release of the winch from the overlap at the top of the winch: you just need to pull the sheet upwards at an acute angle (see figure below).

Unfortunately, most often the sheet gets tangled at the bottom of the winch on the first turn, especially when the angle of winding of the sheet from the bale of the Genoese jib to the winch is too straight, so that the sheet can be hung on the base of the winch, and then it, sliding on the actual winch surface, forms an overlap. Also, the sheet should not be wound on the winch at too sharp an angle (horizontally). The optimum winding angle is about five degrees in ascent, and this is easily done by means of a conductive sheet tab (for example, a spinlock, which costs about 6 Euros), which is screwed into the side deck.

In addition to all of the above, there are other errors that occur during work with the winch, which contribute to the formation of overlaps: yachtsmen who make four turns of the sheet around the winch run the risk of forming another overlap. It is quite enough to make one or two turns at the moment when the sail is transferred to the other side, and until the moment when the sail reaches sufficient wind pressure on the new course, and the sheets receive adequate tension. And only then it is recommended to make the subsequent revolutions necessary for balancing with the help of the winch. Also, short sheet spacings can minimize the risk of overlaps, to do this the leeward sheet should be taken as much as possible before turning. 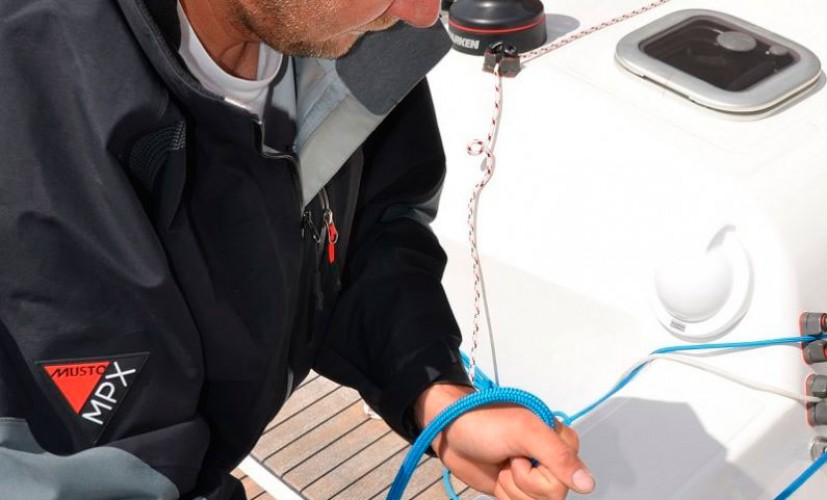 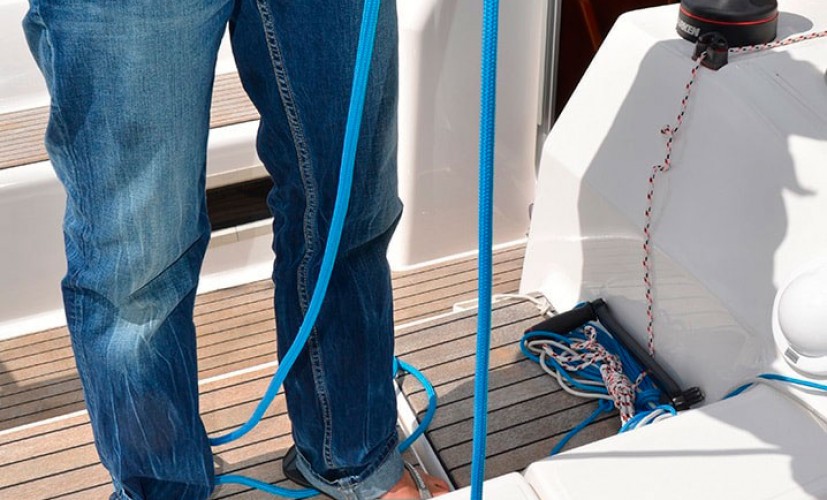 The faster the pressure is removed, the better the chance of release 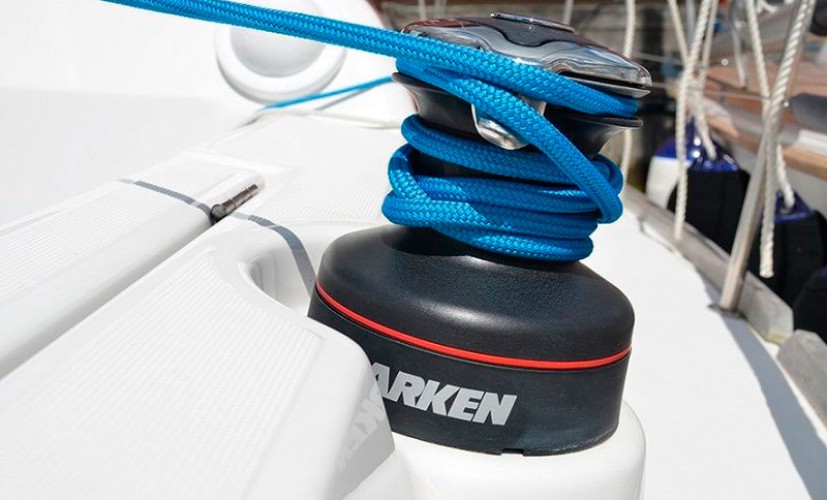 The lower the sheet overlap is, the more difficult it will be to release the winch. 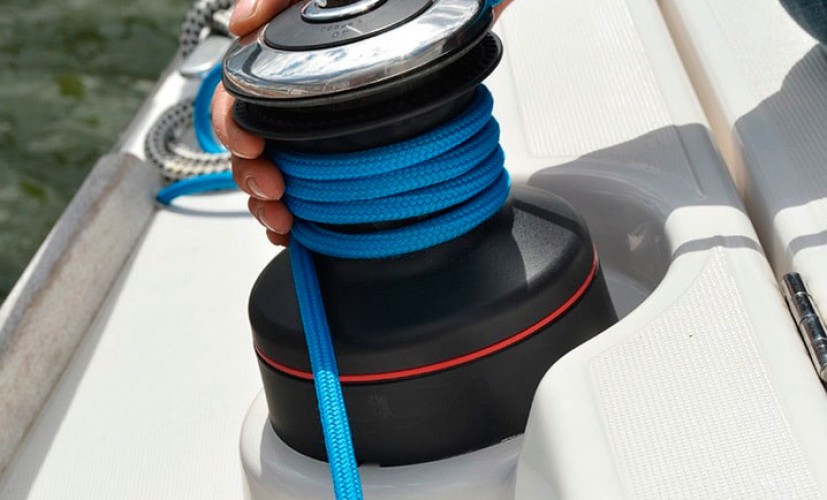 When the sheet of the Genoese staysail is in the correct tensioned position, it must be etched deliberately: instead of thoughtlessly pulling the sheet out of the retaining flange with one hand, as a result of which it can overlap uncontrollably, it is recommended, while holding the sheet with one hand, with the other, gradually etching the sheet along the winch ... Professional yachtsmen racing Volvo Ocean Racerswhere success depends on the management of sheets, for this reason this is the only way they do it.

If, nevertheless, a misfortune occurs, and a tight overlap of the sheet is formed on the winch, the fastest and easiest way to solve this problem is to use a second spinnaker winch (if there is one on board) or a halyard winch. To do this, you need to drop into the wind and try to go on the backstay course, while the staysail is largely covered by the mainsail, which allows it to reduce the wind pressure, and, consequently, reduce the tension on the sheet.

Sometimes it is enough to pull the sheet up with one hand and thus eliminate the overlap. If this is not possible, then the free end must be pulled counterclockwise from the locked winch to the halyard winch (or spinnaker winch) (see photo above). If the free end of the sheet is not enough, it is possible to tie an additional length by means of a straight knot. But in this case, you need to be extremely careful when using the winch: a second overlap of the sheet on the halyard winch, which can form due to the knot, can lead to more serious problems. 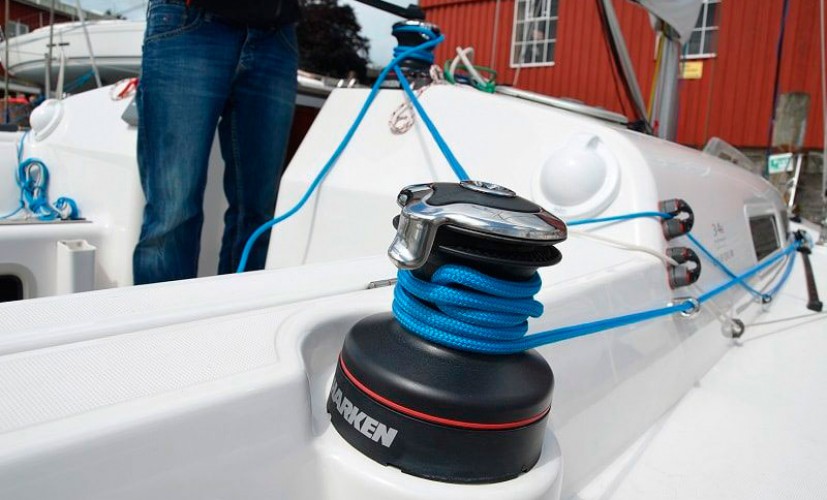 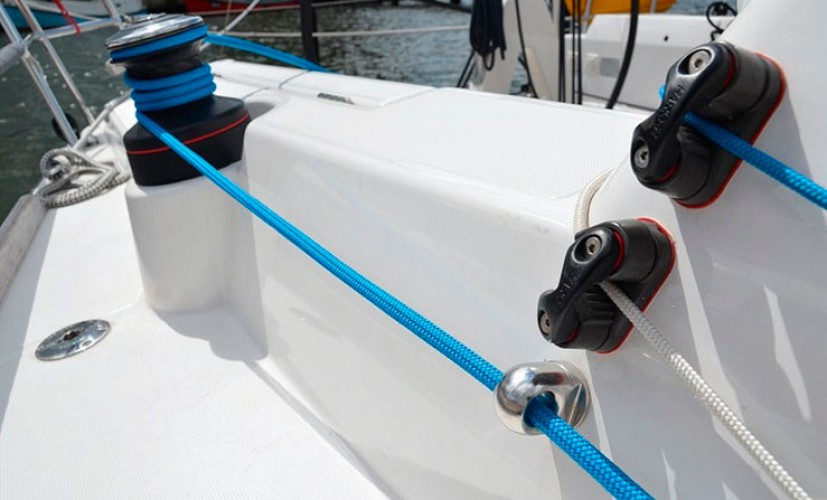 Best way: wind the sheet counterclockwise onto the second winch

Another option for liberation

Sometimes the sheet overlap is tightened so strongly that to solve the problem, you need to resort to another option: first, in order to release the tension on the sheet, you need to tie a stopper knot on the blocked sheet (about 80 cm to the winch) and pull the sheet to the stern winch of the spinnaker ... If there is no spinnaker winch on board, you can use the spinnaker block on the comengs (if necessary, you can even consider the aft mooring cleat as an option), through which a free rope is pulled to then wind it on the halyard winch, which is located on the upper deck (see inset on the right ). In addition, you can use the sheet winch, which is located at the sides. The auxiliary rope must now be selected very carefully so that the sheet is carefully released. When there is no more tension, the sheet can be rewound correctly and evenly around the winch - the problem is solved.

There are two options for tying the stopper knot: the standard one, described in most reference books, and the second, where the second turn is higher than the first, which provides more friction and better grip. 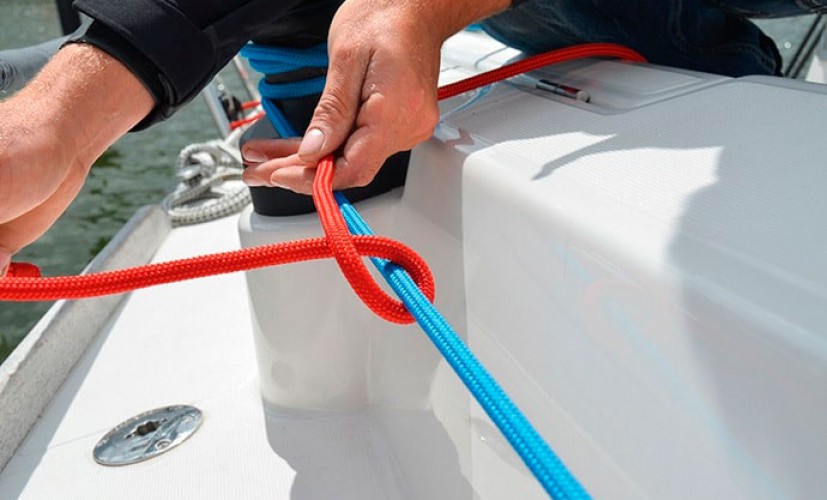 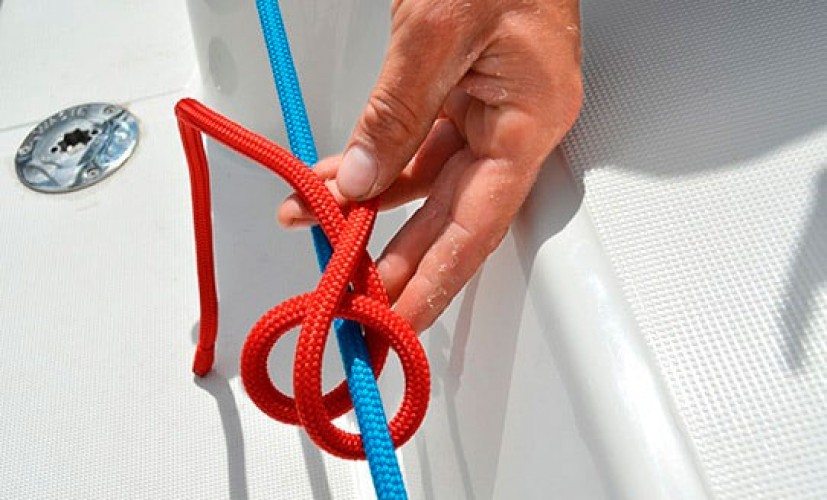 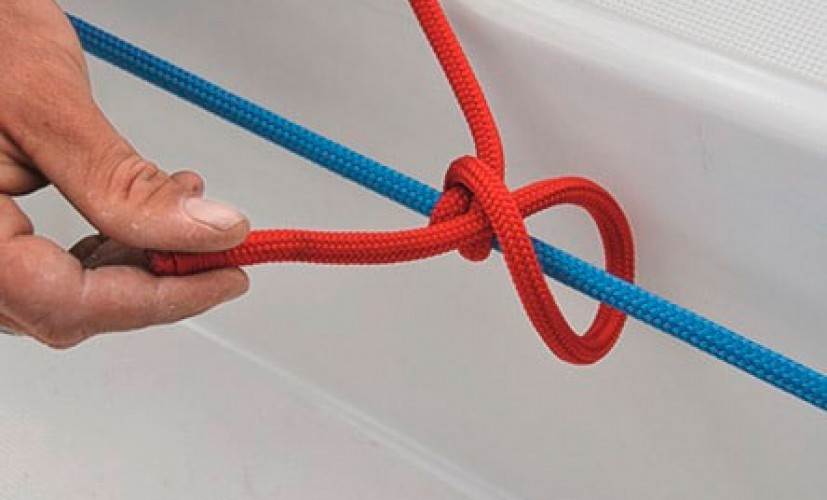 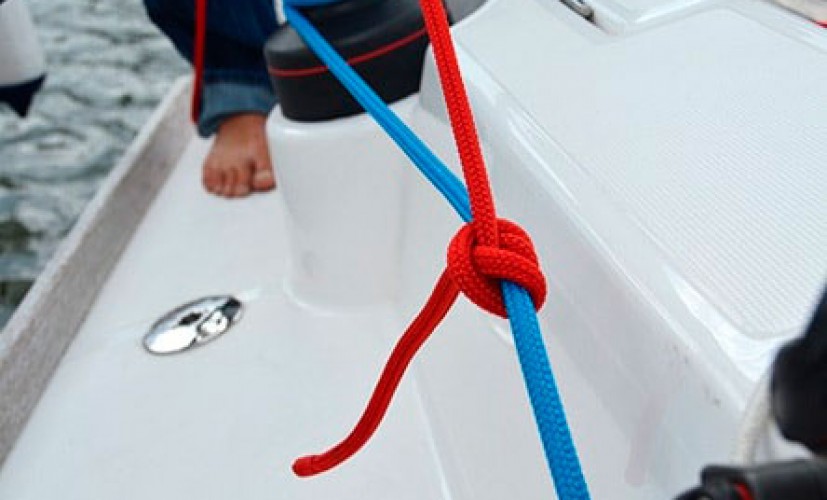 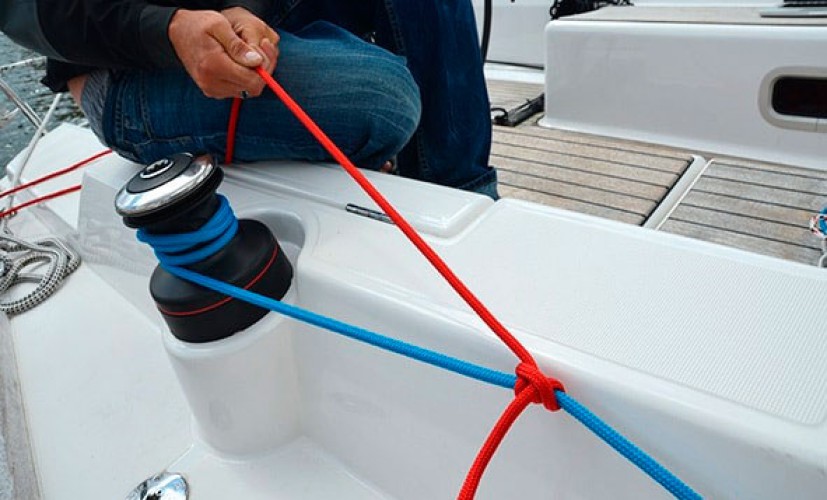 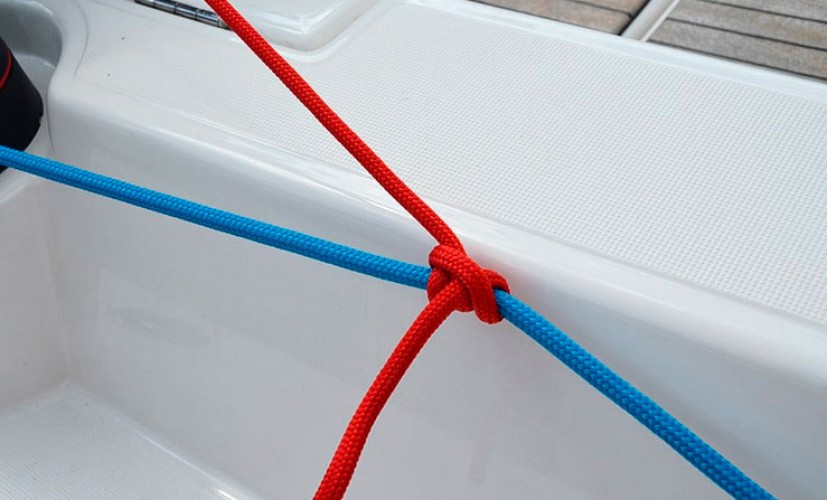 1. Wrap one end of the spare rope once around the blocked sheet.

2. Wind again so that the two turns do not overlap.

3. Two turns must be parallel, one of which must be tightened so that it blocks the first.

4. The stopper effect is manifested by the fact that this stopper assembly, which is fixed on both sides, is tightened again even more and thus creates more frictional resistance against the direction of the thrust.

5. When pulling on board.

6. Direct the sheet towards the stern 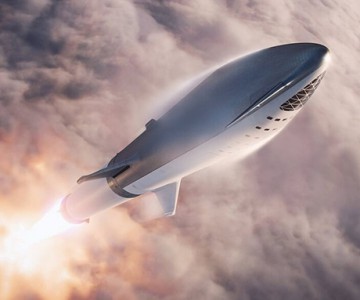 The Japanese billionaire and a group of artists will travel to the moon, becoming the first civilians ever to fly out of Earth orbit, SpaceX CEO Elon Musk said. 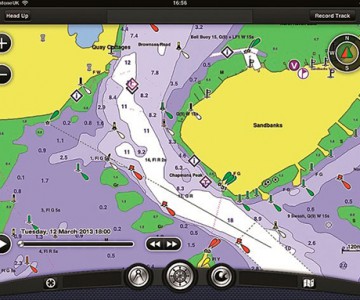 We tested the Garmin Navigation iPad app as part of our group test of the iPad Navigation Apps • BlueChart cartography • Vector charts • The app itself is free. Maps for Northwest Europe cost £ 39.99 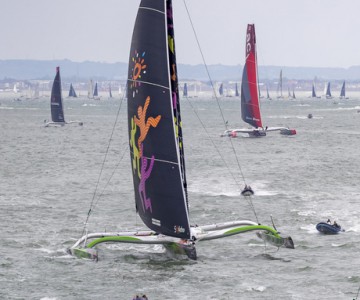 Single round the world race of 100ft foiler trimaran

Fastest Offshore Racing Projects Ever Built, Ultim 100ft Foiler Trimarans will converge in a solo round the world in 2023