home • News • Sailing technique on a catamaran: the transition from mono to multi 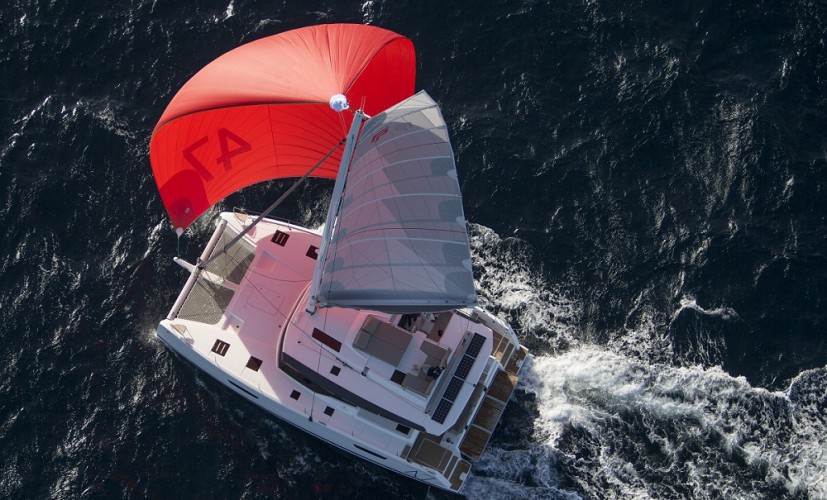 We present to your attention a series of publications for those who have decided to transfer from a monohull yacht to a catamaran. Constructor Nigel Ayrens reflects on the difference in managing mono and multihull.

The growing appeal of boat sailing, which has a lot of "living space", means that one day the monohull yachtsman may have to think about completing his skills - and learning how to sail.

Usually such a need arises for large families or a group of friends who are tempted by the idea of renting a catamaran on a charter and go on a paradise journey. For any savvy skipper, the transition to a cat should not be a big problem. But the management experience is different and deserves to be familiarized with it. 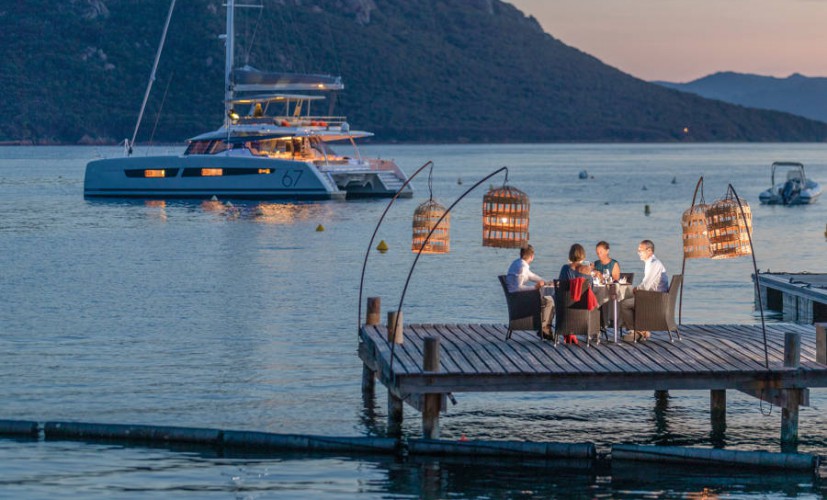 Sitting for the first time at the helm of a catamaran ready to sail, you can experience a slight panic. After all, all this space around inevitably imposes some restrictions on the viewing capabilities.

If you are on a boat that has separate rudder stations for port and starboard, you may find that you have a wonderful view forward and backward. But looking to the side through the superstructure in the middle is as convenient as looking through a brick wall - in other words, you have no idea what is happening on the other side.

Yes, most of the actions during unmooring take place from the side of the pontoon. So you need to start from here - be able to see what is going on and communicate easily with your mooring staff.

If you have a boat with a high helm, you can see for miles. And, of course, you will get an excellent view of the mooring operators and the movement of the vessel in relation to the pontoon (although sometimes the mooring personnel hidden behind the saloon roof overhangs may not come into view). 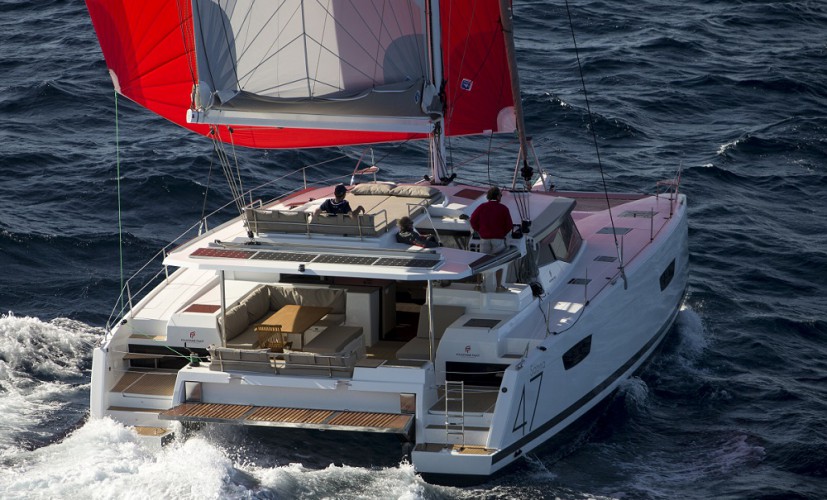 You probably took into account that a catamaran with its superstructures is very susceptible to wind drift. Most of these boats have ballastless keels. And while it's not the most efficient device for walking quickly upwind, it still has enough footprint to keep the kat from blowing away when you maneuver under the motor.

While the tendency to drift and the limited vision may seem a little intimidating, there is one option in the cut that makes the sailor's life much easier. Having two engines, especially well spaced apart, gives you a secret weapon to make even a beginner look like a pro.

It is also worth noting that the rudders on a regular cruising boat are probably slightly smaller than you would like for low speed maneuvering. This decision is often driven by the desire to reduce draft as much as possible - and the cost of the entire structure as well. 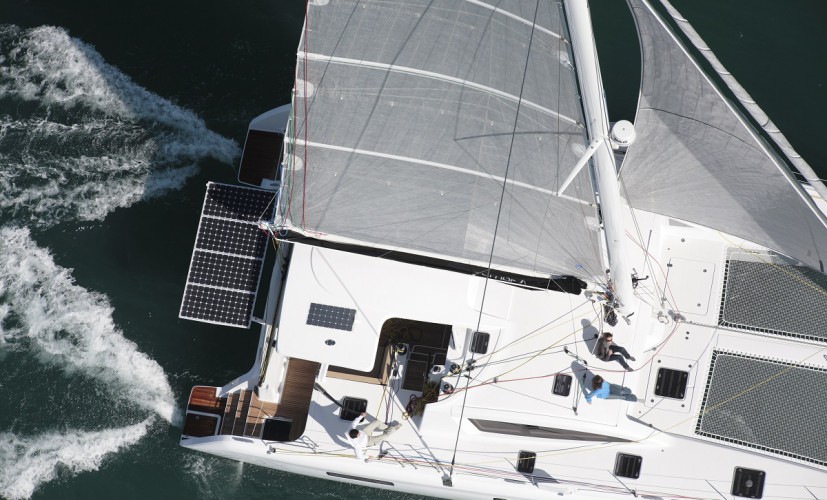 In fact, armed with two motors, you can forget about the steering wheel, and just put it straight, maneuvering at low speed. This can avoid this frustrating mooring experience when you have to go full speed ahead, hoping that the boat will react in time before you hit the pier astern. This trick can work well on a monohull with high keel, feathers and shallow water, but on a kata it is best to resist the temptation to do something like this.

Now that you are ready to leave the dock, look at the strength and direction of the wind - just like any other boat. If you are on a charter catamaran, you may find yourself closely moored among other boats. And you have to gently move sideways to get out into the open.

Using 2 motors, you can get out of the “jammed” place in the marina without a paddle wheel. It is enough to start up the engines, until you get up so that you can get out cleanly. However, do not forget that this action will turn the boat around, and the stern will move towards the dock - so it needs to be well protected with fenders. 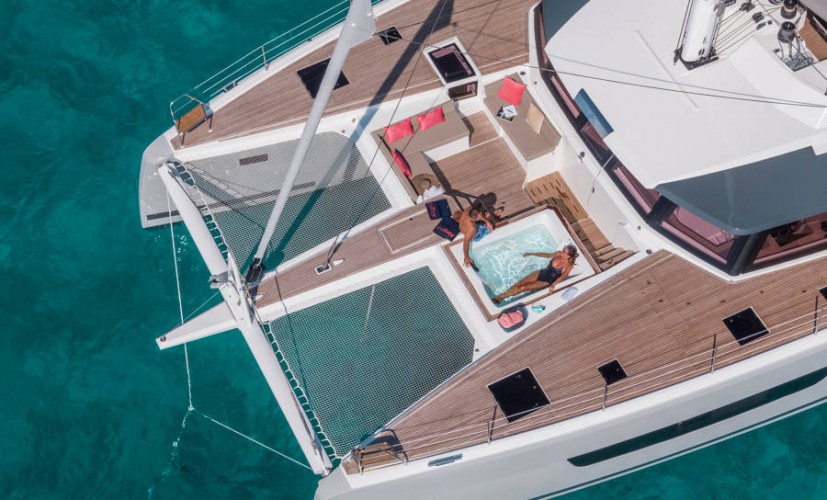 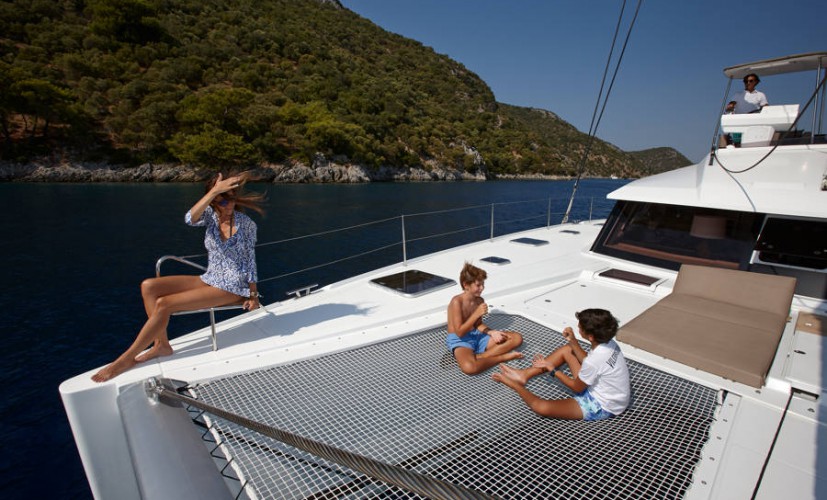 Unmooring on a spring

If the boat does not have a thruster, you may need to sprint the boat out from the bow through the mooring cleat somewhere in the stern area. The spring is then wound back onto the nose, and is released in the process by selecting the running end.

Slow forward motion while the boat is supported by this spring will allow the stern to be pulled away from the dock.

If all goes well, when the boat is 45-50 degrees away from the dock, you will be able to go astern into the open space by releasing the spring and retrieving it on board. Be careful, because things can go awry if the two sides of the cable twist together - just a couple of turns - and friction stops the end from running. Even an end passed through the heavy metal ring of the dock can get stuck and ruin your day.

Remember to attach the fenders to the bow before starting this maneuver. Because the bow may be strongly pressed against the dock when you turn on the throttle. 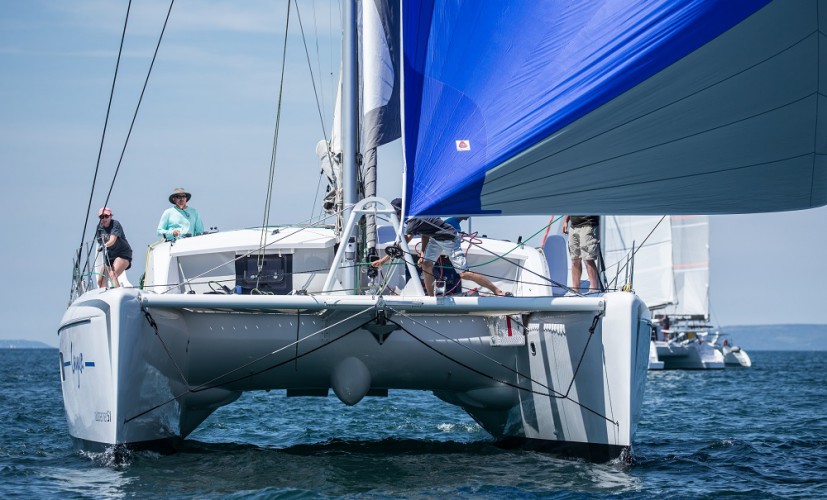 Before you wind up thinking about the hardships of getting out of the marina for the first time, think that this is probably the hardest thing in the coming week. Try to catch the moment when the wind has died down. Too strong wind will make the whole operation much more difficult. And the possible consequences if something goes wrong are more unpleasant.

Once you've finally stepped out of the marina into the open water, you can relax and take some time (and space!) To learn the ways of this strange new beast. Write different pirouettes where you can easily make mistakes - without the risk of damaging anything. Including self-esteem.

What should and shouldn't be done 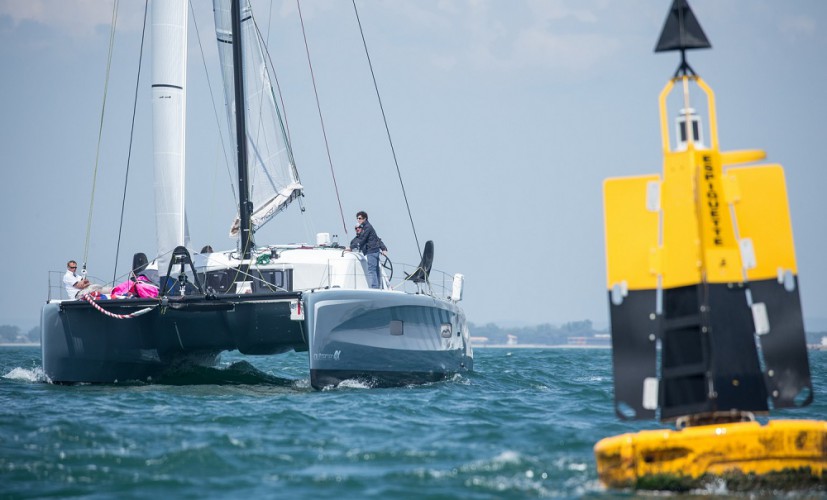 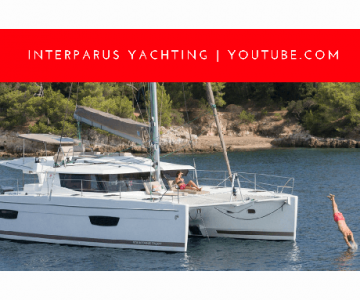 Friends, we present to your attention the official Youtube channel of Interparus Yachting! 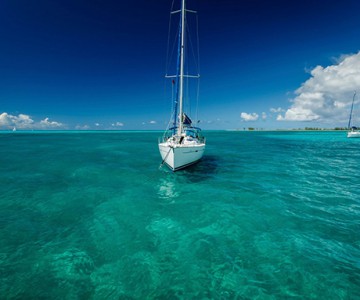 How to cruise on a small sailboat? How to ensure the safety of the crew on the high seas or in the ocean in bad weather? How to deal with unexpected situations while sailing? Here are some tips: 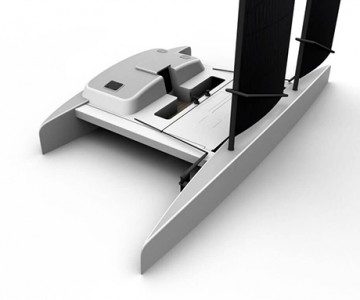 The Ex 40 is designed for people who enjoy sailing. Perfect for the weekend, simple enough to hit the road quickly after long-range scopes. For those who don't need all the comforts of home.